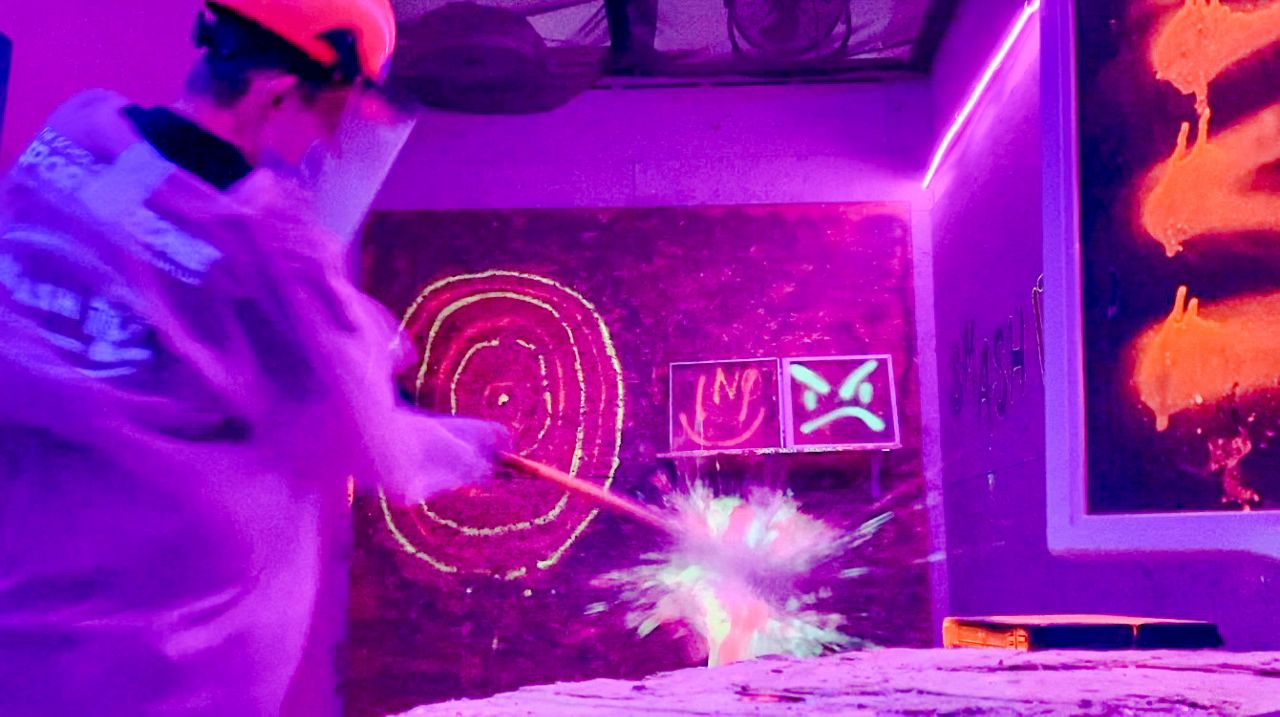 WORCESTER, Mass. - Smash It 2 in Worcester offers a different kind of therapy. ​

"We have saved more windshields of ex-boyfriends or formers husbands than anyone else on the planet," said co-owner, Darcy Cook.

It's the only business in Central Massachusetts that invites you to come and break its things. It is a guilt-free way ​of getting over a break up or letting off some steam.

"Some people come and choose to beat on a microwave for 30 minutes," said Cook.

But others come to celebrate birthdays.

Meredith Cahill told her boyfriend, Louis Spaziani, they were going skydiving, but surprised him at Smash It 2 instead.

"I was very excited. I said this is a lot better than plane engines. Let's get in there lets break some stuff," said Spaziani.

The two smashed laptops and broke chairs. "This is definitely way more fun than I thought it was be, especially for how bad I feel for tricking him"​ said Cahill.

You can destroy just about anything. Twenty-one partnering businesses are constantly donating junk to break. Cook said the most requested item to break is a bathroom toilet.

​Before you smash, you're outfitted with a hard hat, face shield, and gloves to protect yourself from flying debris. To do the breaking---they recommend going with a tool that best fits your personality. You can pick anything from a baseball bat to a sledgehammer.

"You can swing down, swing through. We want you to smash them, crash them, break them up as much as you want," said Cook.

The best part of it all? Someone else cleans up your mess.