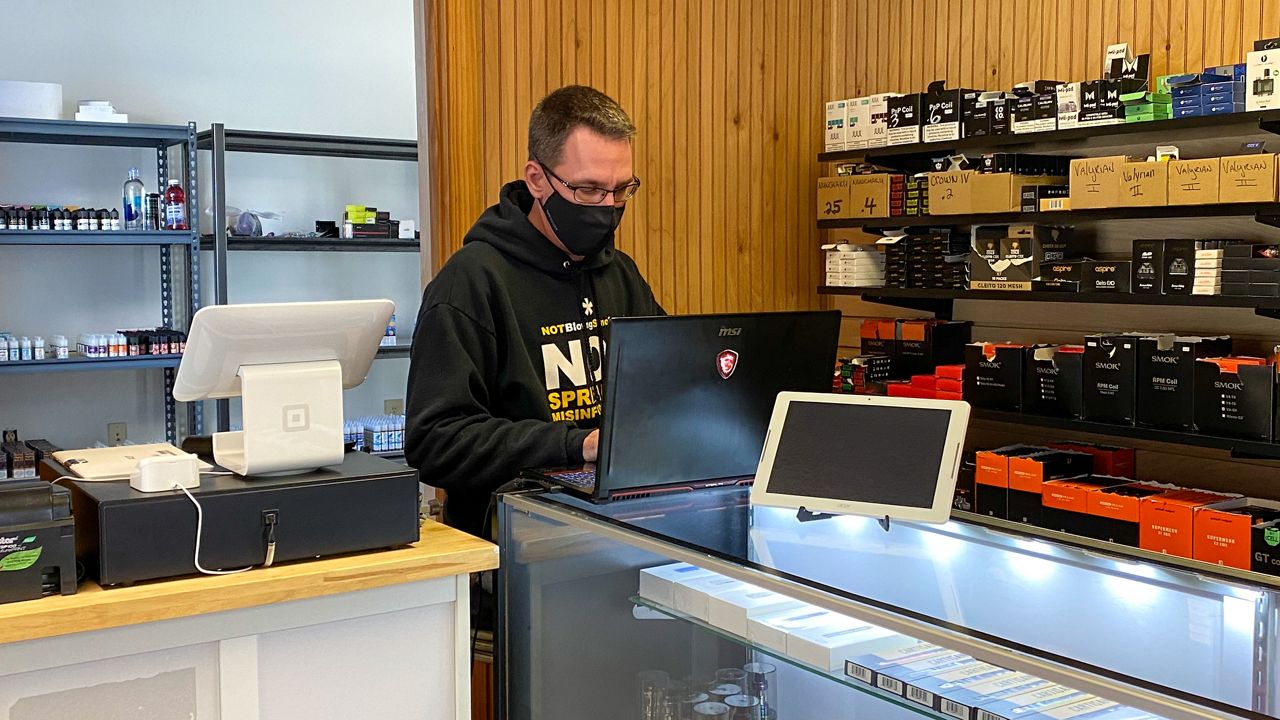 AUBURN, Mass. - Tony Branczyk is settling into his new vape shop in Quinebaug, Connecticut. He used to operate Bay State Vapors in Auburn.

“There’s very little meat on the bone. flavors were 90% of my business. So that was, that was a big hit too. I couldn't sell in Massachusetts I did do some online sales but it just, it wasn't enough, it just, it just hurt too much, that on top of the pandemic which happened a few months later, it just forced me out of the state," said Branczyk.

Although the new shop is in Connecticut, it's just a few hundred feet away from the Massachusetts border.

“People will just drive, They’ll drive a half an hour in a direction to go get their stuff it's not like Massachusetts can say okay we're banning it and it's just going to go away people are just going to go other places," said Branczyk.

The state’s law is meant to reduce the appeal of the products to young people after an outbreak in vaping-related lung illnesses. Branczyk says he believes vaping is safer than smoking and has helped hundreds of people wean off nicotine.