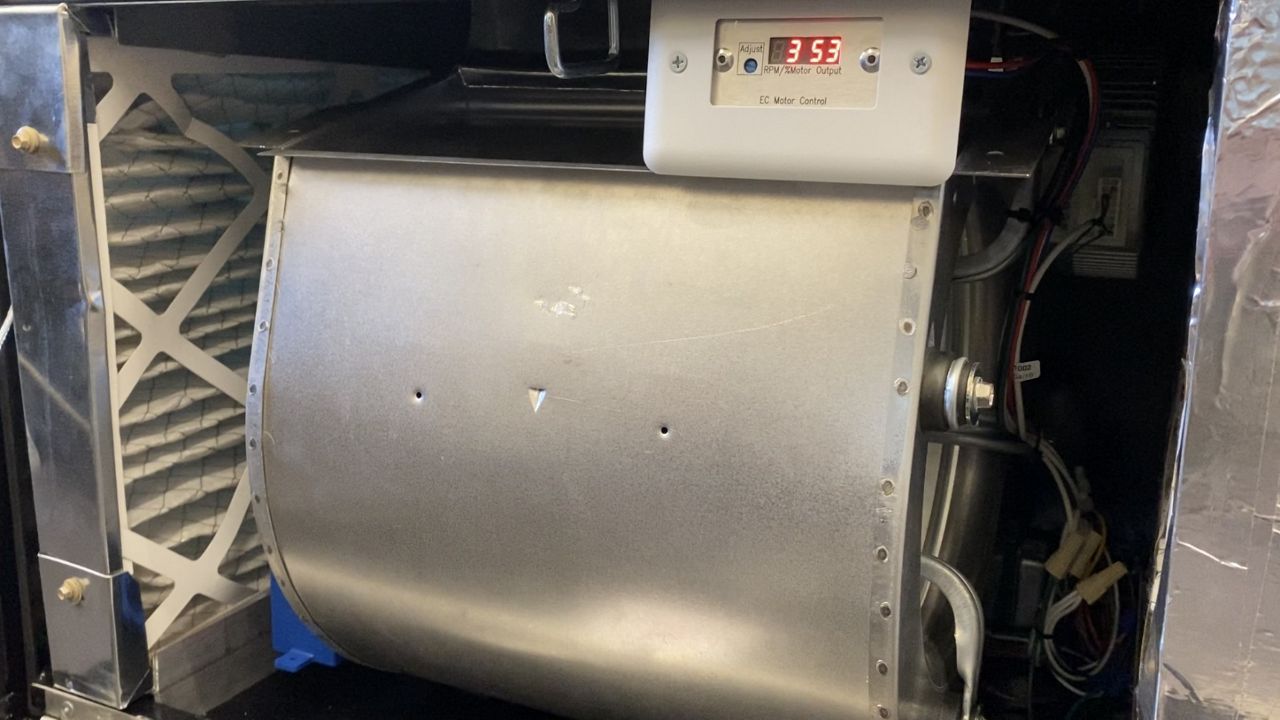 It may not look too impressive, but this device could be what gets Worcester Public Schools students back into the classroom.

"Air comes in here through the filters, into the ionizer, the ionizer shoots the ions in here and the air comes out the top," says John Odell, the city's Energy and Asset director.

Sounds complicated. But essentially, this device, known as an ionization unit, captures particles and filters the air before re-releasing it into a room.

Odell says it's not a complete solution to the pandemic, but gives the city an opportunity to provide safer air.

"It's part of moving the bar to limiting the risks, particularly in older buildings where the airflow might be more compromised than in a newer building," he said.

The city has ordered units for dozens of municipal buildings and schools.

Superintendent Maureen Binienda says the district can't have students back in buildings until there is proper ventilation and updates to the HVAC systems.

They had the idea of having windows open in classrooms, but with November and colder months ahead, Binienda said, "Students would be very uncomfortable in a room where it's cold. I'd find it difficult to learn if I was cold. And I think students would also."

Binienda says right now, Worcester Tech is the only school with finished upgrades to the HVAC system.

"They've been working at Doherty for a couple of days. We have 44 buildings to do," she said.

Odell says Worcester is among one of the first communities in the state pursuing the ionization units. And once in place, they should be good for the foreseeable future.

When all is said and done, the project will cost the city roughly $15 million, but about 80% of that will be covered by CARES Act funding. The goal is to have the project finished right around the end of the 2nd quarter of the Worcester Public Schools schedule, which is roughly the end of January.​