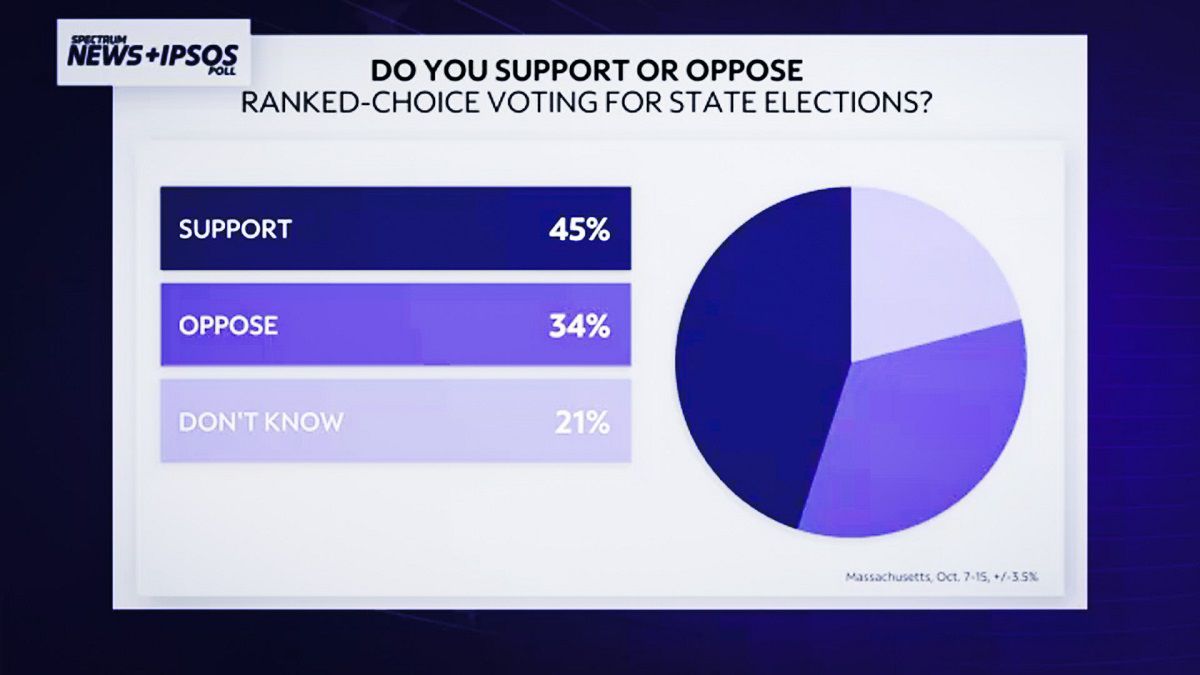 Nearly Half of Residents Support Ranked-Choice Voting in MA

MASS. - Our exclusive Spectrum News/Ipsos poll took a look at Question 2 on the Massachusetts ballot.

“Instead of voting for one candidate, voters would rank candidates in order of preference. If one candidate receives a majority of more than 50% of the first-choice votes, they win.  If no one breaks 50%. The bottom scoring candidate is dropped and anyone who voted for the candidate gets their second-place choice counted instead and so on until a candidate makes it to 50%."

Opponents of Question 2 say this could cause confusion in the voting booth as different elections are being determined. 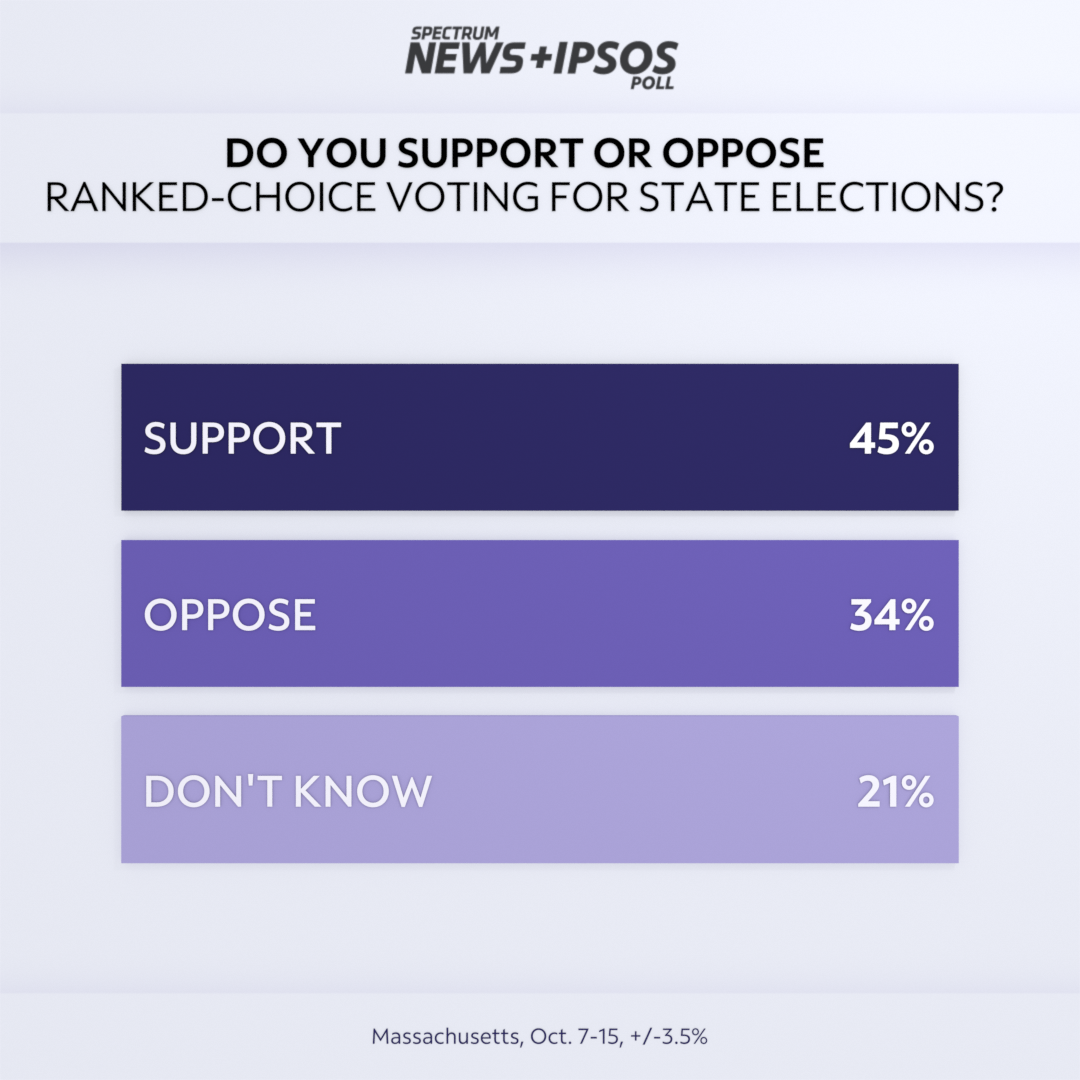 Ipsos asked poll participants if they opposed or supported ranked-choice voting, where voters rank-order candidates by preference on their ballots, for state-level elections.

Forty-five percent of participants say they do support it. Thirty-four percent said no and 21% said they did not know how they felt about Ranked Choice voting.

We will continue to analyze the results throughout the week. And continue the conversation by commenting on our Decision 2020 stories on the Spectrum News 1 Facebook page.

These are some of the findings of an Ipsos poll conducted Oct. 7 to Oct. 15, 2020 on behalf of Spectrum Networks. For this survey, 1,001 adults age 18 and older from Massachusetts were interviewed online in English.

Of those who answered the questions for the poll, 48% were male and 52% were female and a slight majority was over the age of 55. More than 60% of residents who were polled said that they were currently employed.

Twenty-four percent identified as Republicans, 53% said that they were Democrats, and 16% were independent.

The poll has a credibility interval of plus or minus 3.0 percentage points for all respondents.