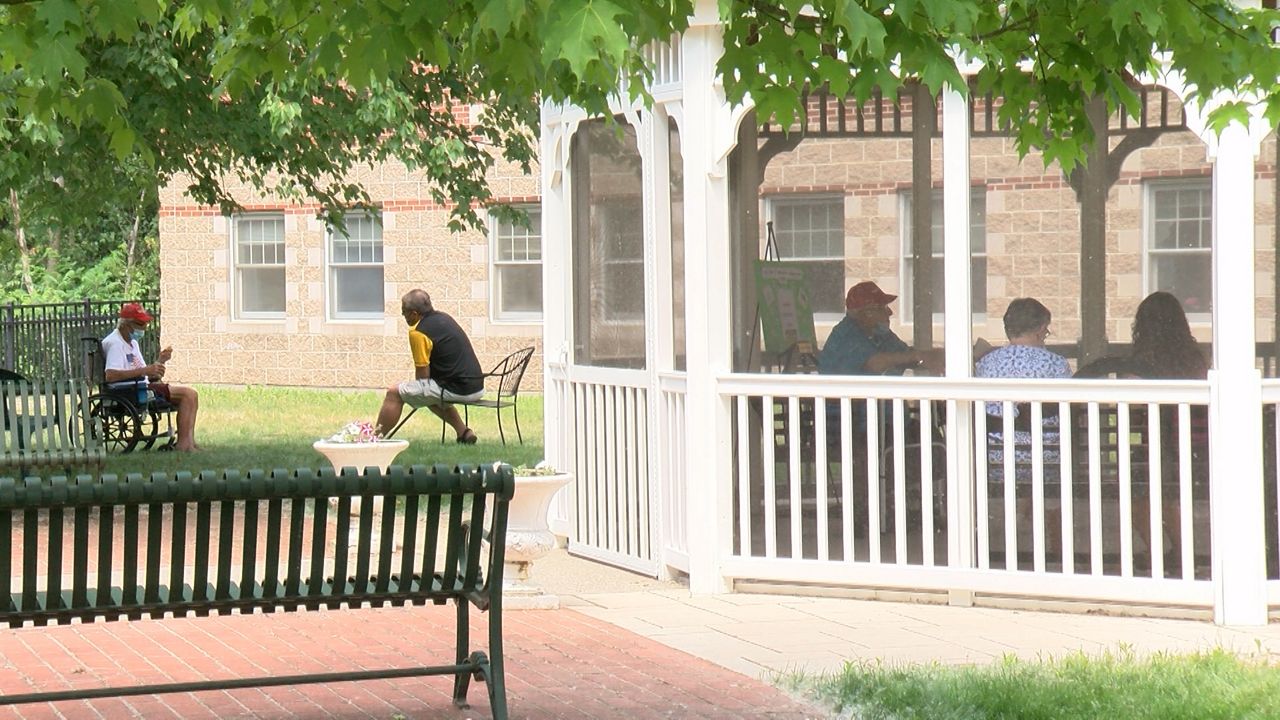 But on Sunday, Holy Trinity Rehabilitation Center in Worcester gave him the chance during the pandemic.

"It's a good feeling. It's reassuring knowing that he is doing well. And he looks good. Sure as hell beats talking on the phone," Zeena said.

Zeena was one of 14 different families who were reunited thanks to the nursing home.

The Center made special arrangements for face to face interactions, window visits, and video calls to connect as many people with their dads as possible.

Zeena said, "My other brother came yesterday, we're waiting for one more to come. He's happier."

Mary Peters and her mother Doris were able to visit Mary's father, Ray. While the family has had multiple window visits during the pandemic, it has been a while since they were face to face.

Having the chance to see him after so long is why this year's Father's Day is memorable.

"This is huge, to see him like this instead of talking to a window with him on the phone. Mom is used to coming here seven days a week to spend the day so it has been really hard for her to not be able to talk to him, help him," Peters says.

He and Mary also recently celebrated their 69th wedding anniversary.

Even though the visits only lasted a few minutes, Sunday was just a small taste of the new normal she is looking forward to.