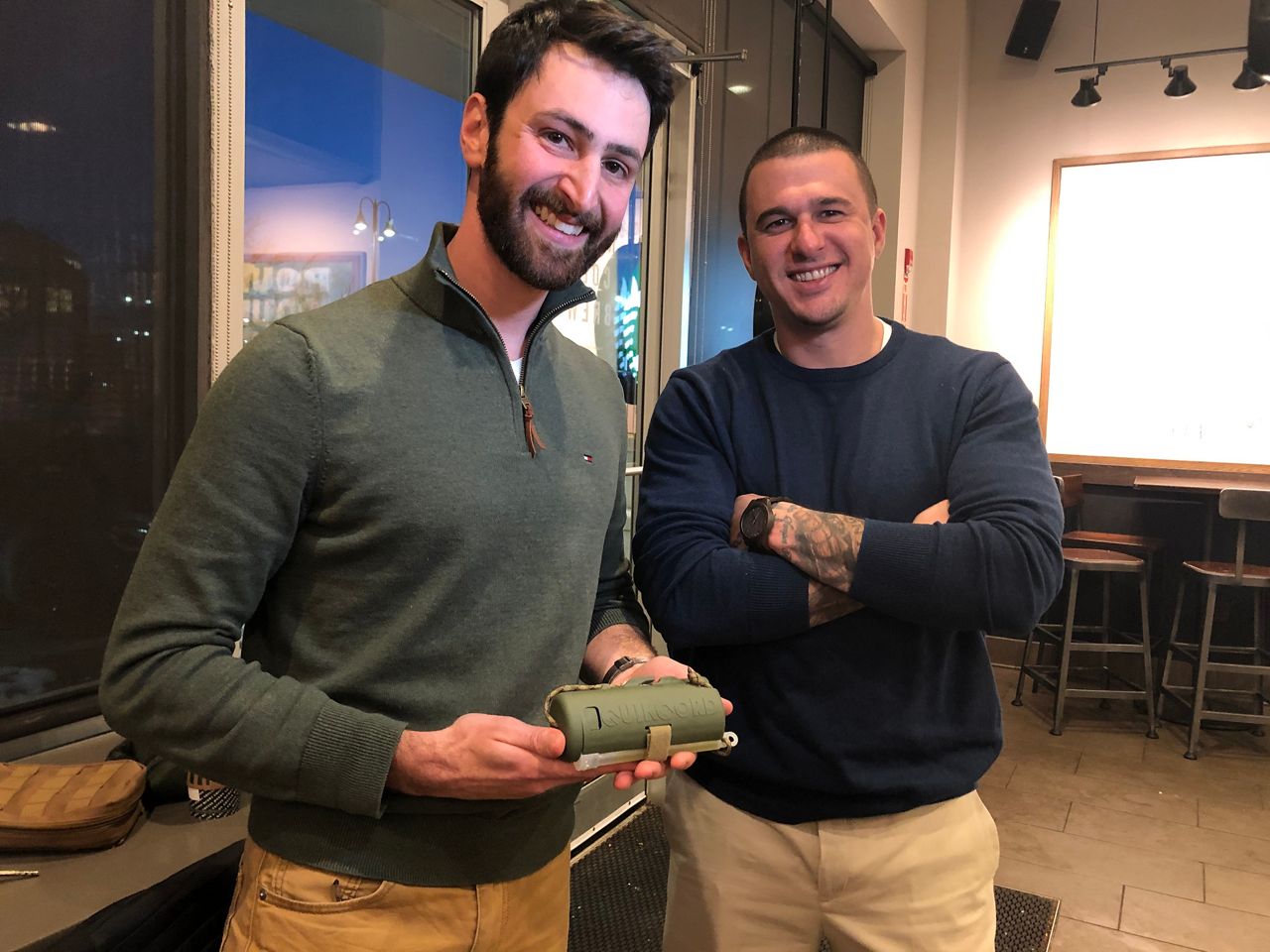 EAST LONGMEADOW - Matthew Adams spent eight and a half years serving in the United States Marine Corp. He says in the military, a lot of times you are issued paracord and are required to carry it around.

"Paracord is used in the military very similar to how duct tape is used in an emergency to fix things that break,” said Adams.

Adams added that there was never an easy way to carry around the paracord.

"In that emergency situation, you don't want to pull out what you need to fix it and have it be a tangled rat’s nest,” he said.

In 2016, it sparked the invention of a product that would store the cord without it getting tangled up. Adams is the president of the company he called Quikcord.

He turned to his longtime friend since high school for assistance. Matthew Fioretti became the chief financial officer at Quikcord Inc.

"His first prototype was a toilet paper roll wrapped in duct tape,” said Fioretti. “So we incorporated the buzz saw into it and then patented it."

"The main feature is that it carries and dispenses paracord,” said Fioretti. “It has a blade feature inside of it so you can take a length of cord and cut it."

It also has a nighttime emergency signal feature, because the product was made with military in mind.

"There’s a huge market outside of them with outdoors man, with hikers, campers, fisherman, boaters,” said Adams. “But a main driver in our campaign was we wanted to give back to the active duty military."

Recently they launched their Kickstarter campaign. It was 100% funded in just four days.

"We’re proud to say after our Kickstarter campaign, we are going to be donating 1,000 units to active duty military,” said Adams.

All of the units of Quikcord are being made locally in western Massachusetts. They started by going to valley venture mentors, which helps local start ups. That introduced them to forge, which brought them to plastic developers, and manufacturing and assembly facilities.

The manufacturing is doing to be done at Cartamundi in East Longmeadow, and the assembly being done at Sunshine Village in Chicopee.

"We are trying to keep the product local and make sure that it is all made in the United Stated,” said Fioretti.

This is something that is important to both him and Adams when they created Quikcord Inc. Since Adams is a veteran, he said giving back to the military is a priority in this business as well.