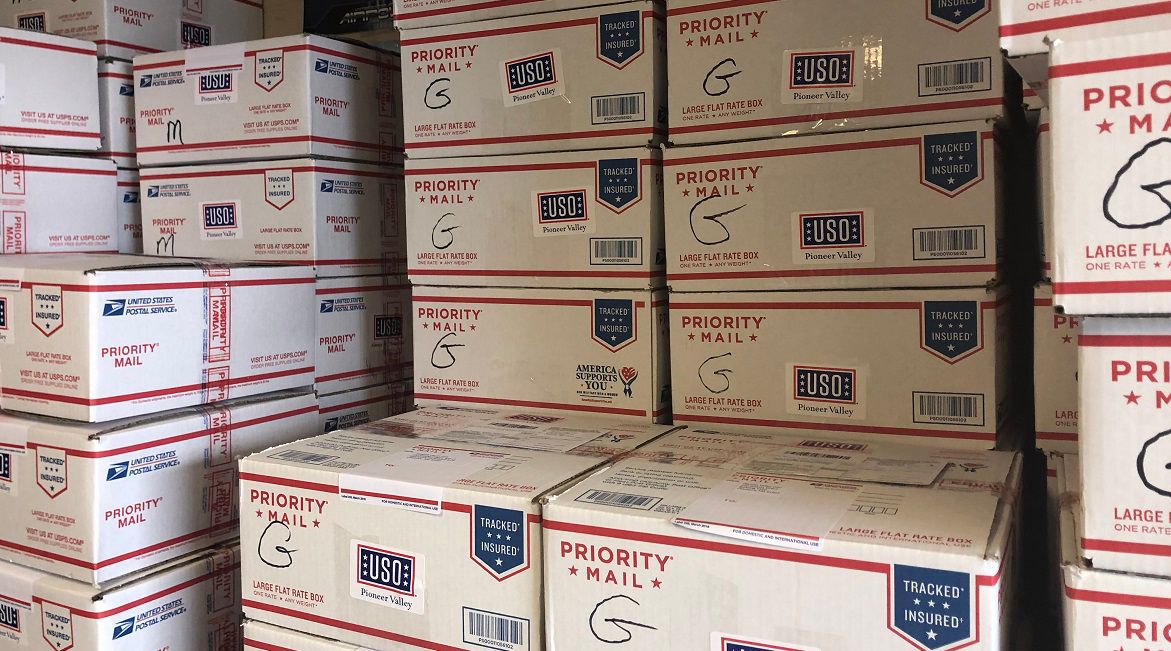 At Westover Air Reserve Base, volunteers from Pioneer Valley USO fill thousands of boxes with toiletries and snacks that are donated.

For more than 15 years, John Chrisant has volunteered with the USO and helped lead these efforts.

"It's very important to take care of our men and women overseas,” he said.

Sending the packages takes a lot of time and effort. They send the packages at Granby Post Office. Although Chrisant said the post office is very helpful, it still costs more than $18 to send each package.

"Care packages to get overseas takes a week, a week and a half, sometimes two weeks, all depends where they are," said Chrisant.

Military members know they can count on the support from the USO.

Jackie Hammond is flight Seargent with security forces at Westover Air Reserve Base. He says that the USO has been so supportive of both those deployed and those there at the base.

"I've been in 21 years. I have been on many deployments, I received many care packages and I have had the USO support the whole time,” Hammond said.

Just in the last 2 weeks alone, more than 50 care packages have been sent out.

"When they get the care packages its like something like home,” said Chrisant. “They really appreciate it."

He also said they get thank you notes and photos back.

"To know that we have people back at home supporting us, thats really instrumental for us deployed,” said Hammond.

As tensions rise in the middle east and more United States service members are being deployed, Chrisant will be preparing these packages to send them to troops wherever they may be.

"I really enjoy sending the packages over,“ said Chrisant. ” But I enjoy more when I don't send them because that means they are on their way home."

Anyone who wants to donate money to help support the cause can send cash or a check with a note it’s for care packages. The address to send donations is 250 Jenkins St. Box 17 Westover A.R.B Chicopee, MA 01022.

If you know anyone deployed, you can provide their address so they can receive a care package. Chrisant said it’s important to make sure you have the address correct because when it’s not sent to the right address, they get the packages back and they are out the shipping costs and have to ship it again.