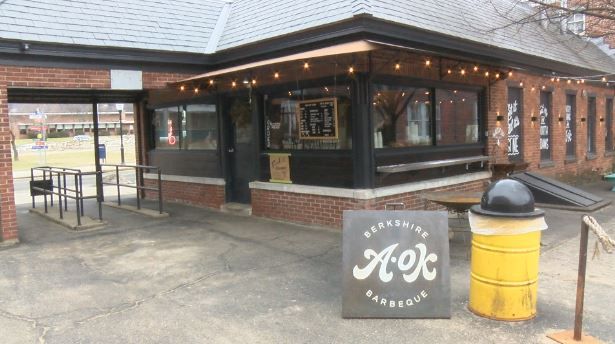 NORTH ADAMS - A Berkshire restaurant owner is working to raise money for people and wildlife impacted by the fires in Australia.

When she was a kid, her family had to evacuate their home outside of Sydney.

Oster said, “I remember sitting in the back seat of the car, looking out the back window like little kids do, at this sky like I had never ever seen before, and just being terrified, not knowing if we were actually going to come to a house or not.”

Although Oster's family's house was spared, the devastation was inescapable.

After seeing the images of the fires, Oster knew she had to help.

All proceeds will go towards Australian organizations helping people and wildlife.

Oster said she turned to her friends to help put the event together.

“It kind of developed into this thing where I was like ‘I know a bunch of really cool, interesting people that make fantastic things, so let’s see what they think about maybe donating stuff to this,'" Oster said.

Even with all the donations and support, it will still take a long time for the affected regions to recover.

She said, “At this stage, just the devastation to the wildlife and stuff is generational. It’s not going to come back anytime soon.”

The fundraiser will take place at A-Oks location next to Mass MOCA on Saturday, January 25. Due to time zones, the event will actually be happening at the same time Australians are celebrating Australia Day on Jan. 26.