The White House after the British burned it in the War of 1812. Courtesy: AP

When Weather Shaped Political History: The Tornado That Saved Our Nation's Capital

Almost 200 years ago, during the War of 1812, a natural disaster helped save our nation's capital.

It's one of the ways that weather shaped political history. 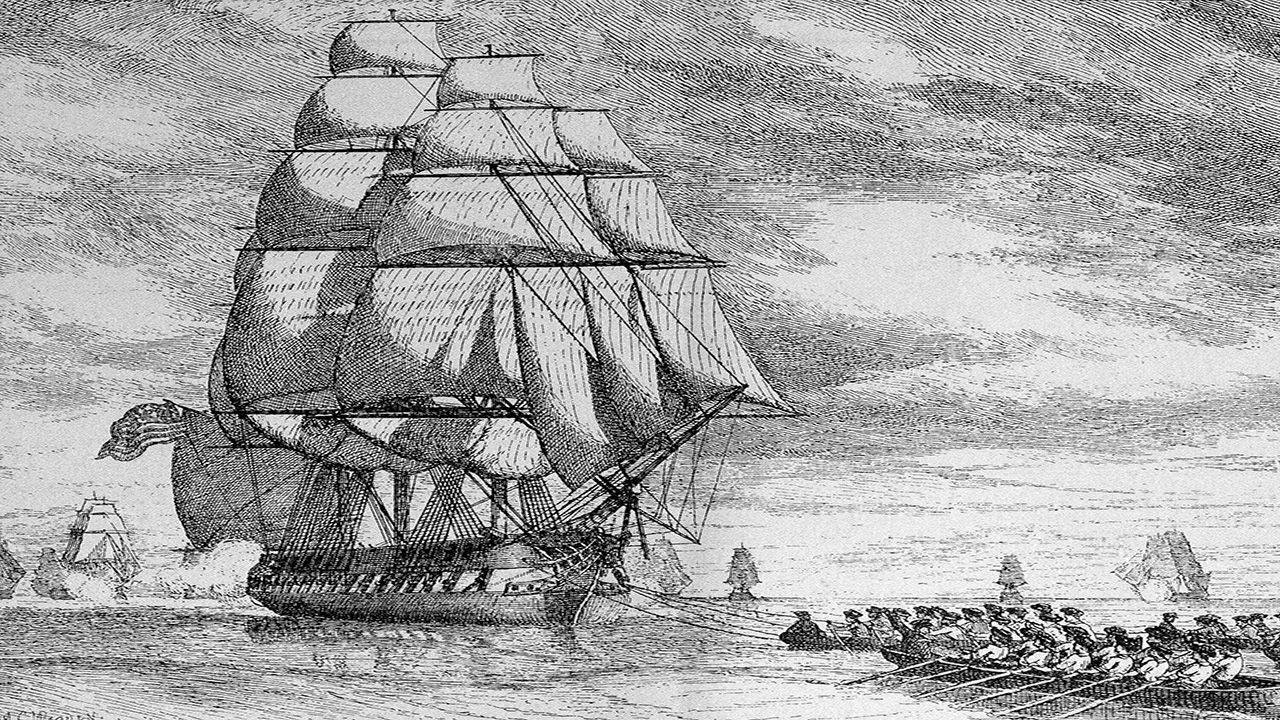 The Constitution escaping from the British in 1812. Courtesy: AP

Years before the war began, British troops stopped American ships from trading with Europe. They would often search American ships for "contraband" and take back deserters who fled the Royal Navy, even if they were now American citizens.

British troops even took American-born citizens and forced them to join the British.

Tensions continued to climb in the following years and led to the War of 1812.

It was during this war that Americans thought Canada would be an easy defeat, Great Britain had control of the country at the time. They looked at it as a way to retaliate against their former kingdom.

In the end, the United States failed and retreated to American soil, but it was this attack on Canada that led to retaliation on Washington D.C. less than a year later.

British troops planned their attack on August 24, 1814. American soldiers met them just outside the city, but the British forces defeated them quickly.

The occupation by the British was short-lived, only lasting 26 hours. They never planned to occupy Washington D.C. permanently, but severe weather cut their stay even shorter than they planned.

The next day on August 25, 1814, a big storm swept through the city bringing heavy rains and a possible strong tornado.

The heavy rains helped put the fires out.

The tornado touched down in the middle of the city causing structural damage. Buildings sustained heavy damage. Strong winds uprooted trees and even blew heavy cannons around. 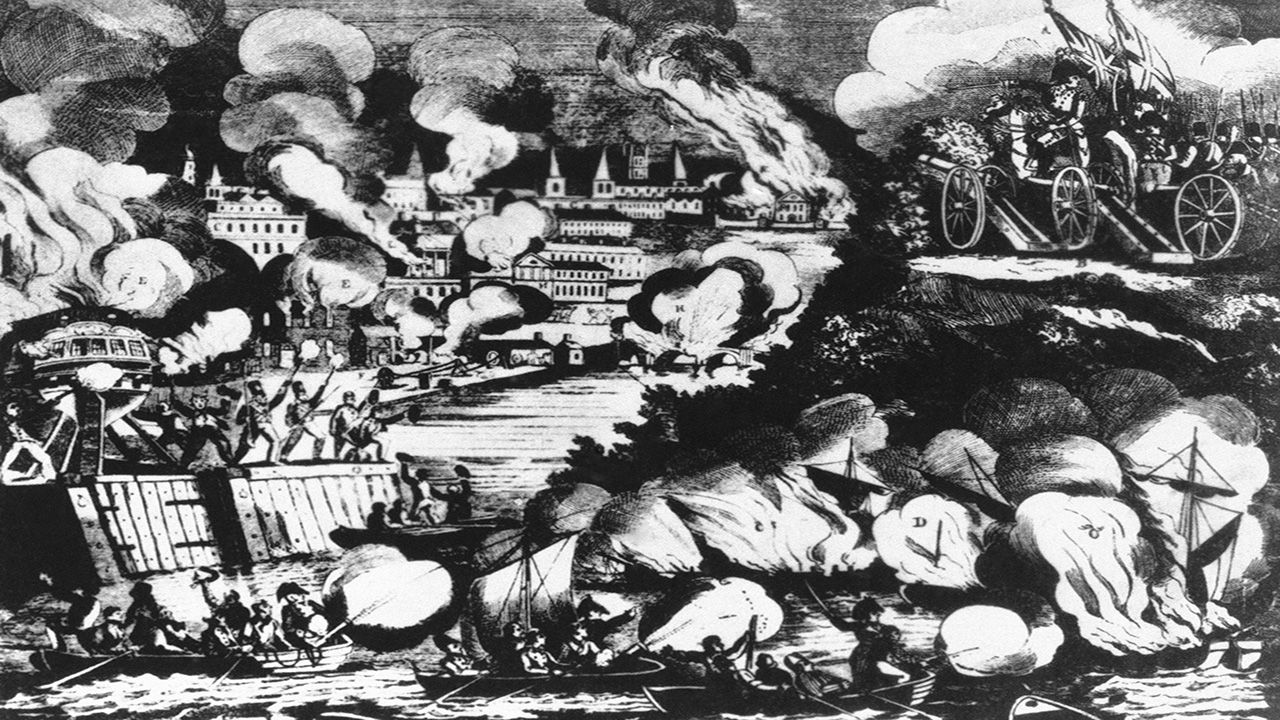 The storm only lasted for two hours, but the British left the city shortly after.

President Madison left the city after receiving notice the British were coming. His wife, Dolly Madison, also escaped but managed to save a well-known portrait of George Washington that is still on view at the National Portrait Gallery in Washington. 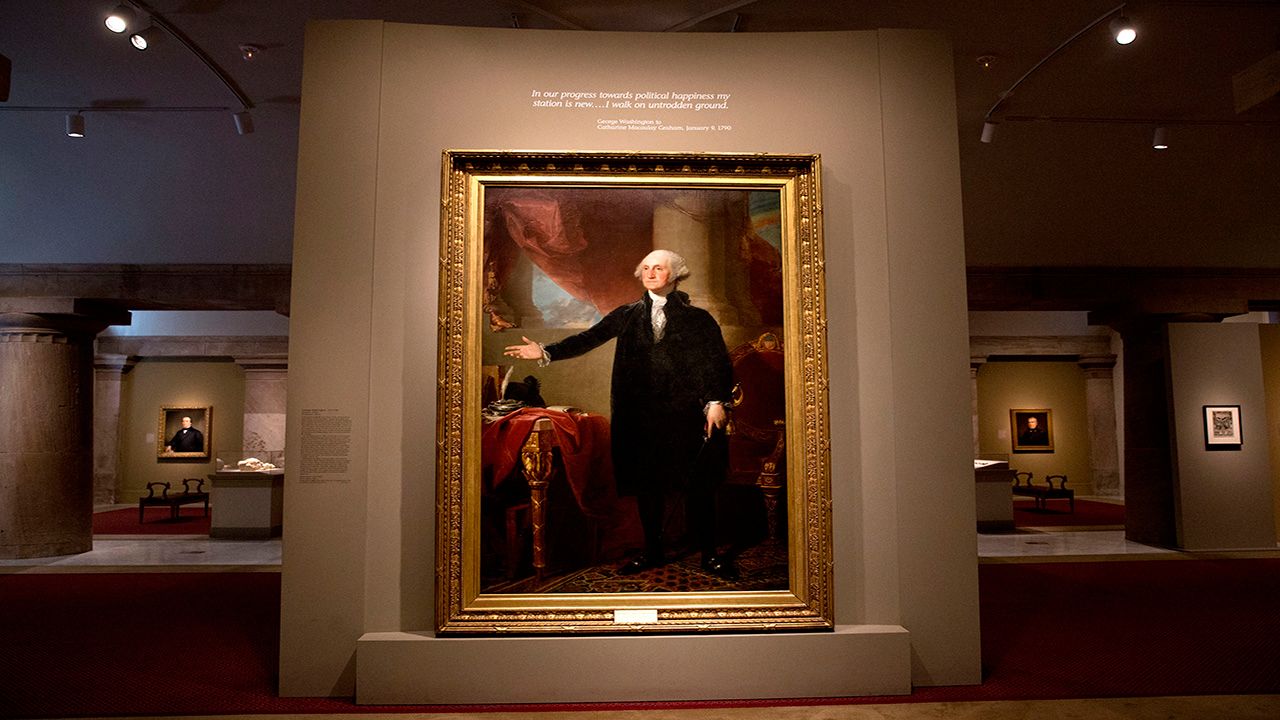 The famous portrait of George Washington was painted by Gilbert Stuart in 1796. AP/Jacuelyn Martin

The first family returned to Washington D.C. to see the destruction days later. The Capitol and the White House were rebuilt, and the city thrived again.

While under British occupation, and even without the President, the U.S. governement didn't shut down.

"The members of congress did not leave and stayed in a nearby hotel where they continued to work," said Sara Georgini, historian and the series editor for The Papers of John Adams at the Massachusetts Historical Society." They were willing to improvise and keep the government running at all costs to serve the people."

This event was particularly interesting because Washington D.C., according to the National Weather Service, has only been hit by seven other tornadoes since 1814, making it a very rare event.

It's become a footnote in the history of our country, but just 38 years after declaring independence, the United States lost control of its capital. However, it wasn't the might of the Continental army, but instead the power of a tornado that pushed the British occupiers away for good.

Check out this story on how a force of nature turned Alexander Hamilton into a political force.

Check out this story on whether or not weather killed the ninth president of the U.S.

Check out this story on how a snowstorm in California affected the 1916 election.

Check out this story on how a flood led to Herbert Hoover's ascension to the presidency.