Get to Know This Year's 3rd-Party Presidential Candidates

NATIONWIDE — A superstar rapper, a former child actor and an ex-coal executive who served time in prison are among the third-party and independent candidates running for president this year.

Sure, Republican incumbent Donald Trump and Democratic challenger Joe Biden dominate the headlines, but a review of available ballots on Ballotpedia.org shows that more than 30 third-party and independent candidates are running for president in at least one state.

It’s safe to say none will win. So why do they run?

Matthew Dean Hindman, an associate professor of political science at the University of Tulsa, said the biggest motivation of third-party candidates is to raise awareness about issues they are most passionate about and gain enough support so that one or both of the major parties eventually adopt that cause.

“It's really their way to get the message out that neither party is doing the job that they think they need to do,” Hindman said.

Of course, third-party candidates do have the potential to impact who wins the election by playing the spoiler role, such as in 2000 when some felt Green Party candidate Ralph Nader siphoned votes from Democrat Al Gore and helped send Republican George W. Bush to the White House.

In 2016, more than 7.6 million voters cast their votes for someone other than Trump and Hillary Clinton. Libertarian candidate Gary Johnson received the most support among third-party hopefuls with nearly 4.5 million votes, or 3.3% of the electorate.

Hindman said third-party candidates did relatively well four years ago because Trump and Clinton were “the two least popular presidential candidates that we’ve probably ever had.”

“This time around, with an incumbent president, things look a little bit different,” Hindman said. “People feel quite strongly about Trump, whether for him or against him. And those voters who feel strongly against him are voting more strategically this time around. Precisely because in 2016, the unexpected happened.”

The requirements for third-party and independent candidates to be added to ballots varies widely from state to state. In California, for example, campaigns need to collect nearly 200,000 signatures. Meanwhile, in Louisiana, candidates can pay a $500 fee in lieu of a 5,000-signature petition.

That means the choices from one state to the next are rarely the same and many candidates won’t appear on enough ballots to secure the 270 electoral votes needed to win the presidency. Many, in fact, only appear on one or two.

Here is a look at the third-party and independent candidates appearing on the most ballots on Nov. 3:

This Saturday, thousands of Americans will demand a third voice on the presidential debate stage. Will you be one of them? Get involved here: http://let-her-speak.org/ . . . . #LetHerSpeak #debates #election2020 #libertarian

Jorgensen is a Clemson psychology lecturer who, like most libertarians, wants a smaller government.

“Generations of Republican and Democrat politicians have failed the people of America,” the 63-year-old candidate from South Carolina says on her website.

She ran as a Libertarian candidate for Congress in South Carolina in 1992 and as vice presidential candidate in 1996. Her latest campaign experienced one noteworthy hiccup last month when she had to cancel a campaign rally in Mississippi after she was stung by a bat and needed medical treatment.

Jorgensen’s running mate, Spike Cohen, is an eccentric character who, while running for the party nomination with another presidential candidate named Vermin Supreme, said that if they did not deliver on their campaign promises in the first 100 days — giving everyone free cheesy bread, legalizing recreational plutonium and forcing all police to wear Barney the dinosaur outfits — he would resign and be replaced by "Baby Yoda," the colloquial nickname for one of the characters from the popular Disney+ steaming series "The Mandalorian." 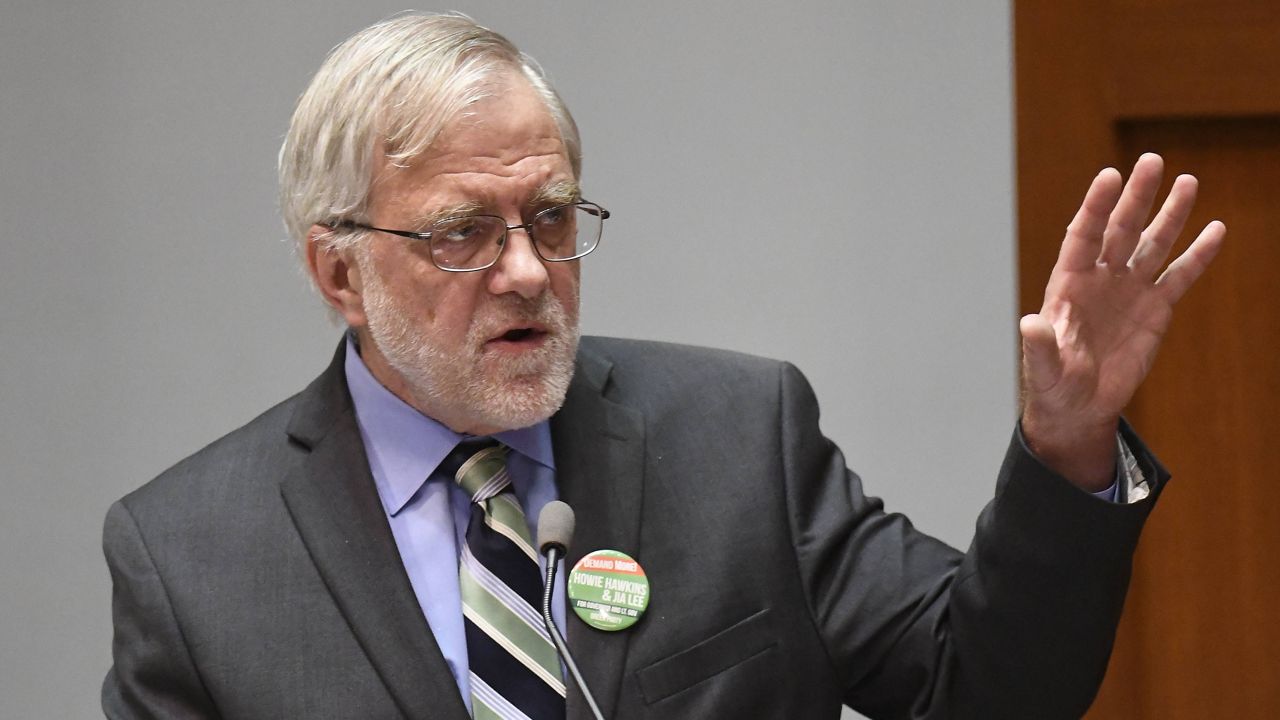 Hawkins describes himself as “the original Green New Dealer,” saying he was calling for the sprawling, environmentally focused legislation back in 2010, well before Rep. Alexandria Ocasio-Cortez (D-N.Y.) helped bring it to mainstream America’s attention.

Aside from the environment, Hawkins, 67, wants Medicare for All, a $20 minimum wage and a federal jobs guarantee.

Hawkins is a former Teamster and UPS worker. He’s no stranger to elections, having run for governor of New York three times, the U.S. Senate, the House and mayor of Syracuse, New York, his hometown.

Hawkins recently told The Guardian that the Green Party keeps getting replenished by  progressives who are frustrated with the Democratic Party. When asked by Spectrum News about the argument most often used against voting for a Green candidate — that he or she will steal votes from the Democratic nominee and possibly tip the election in the Republican’s favor — Hawkins had a solution: rank-choice voting.

"Problem solved," Hawkins said. "And … if you're a Democrat, get (Joe) Biden to come out for that." 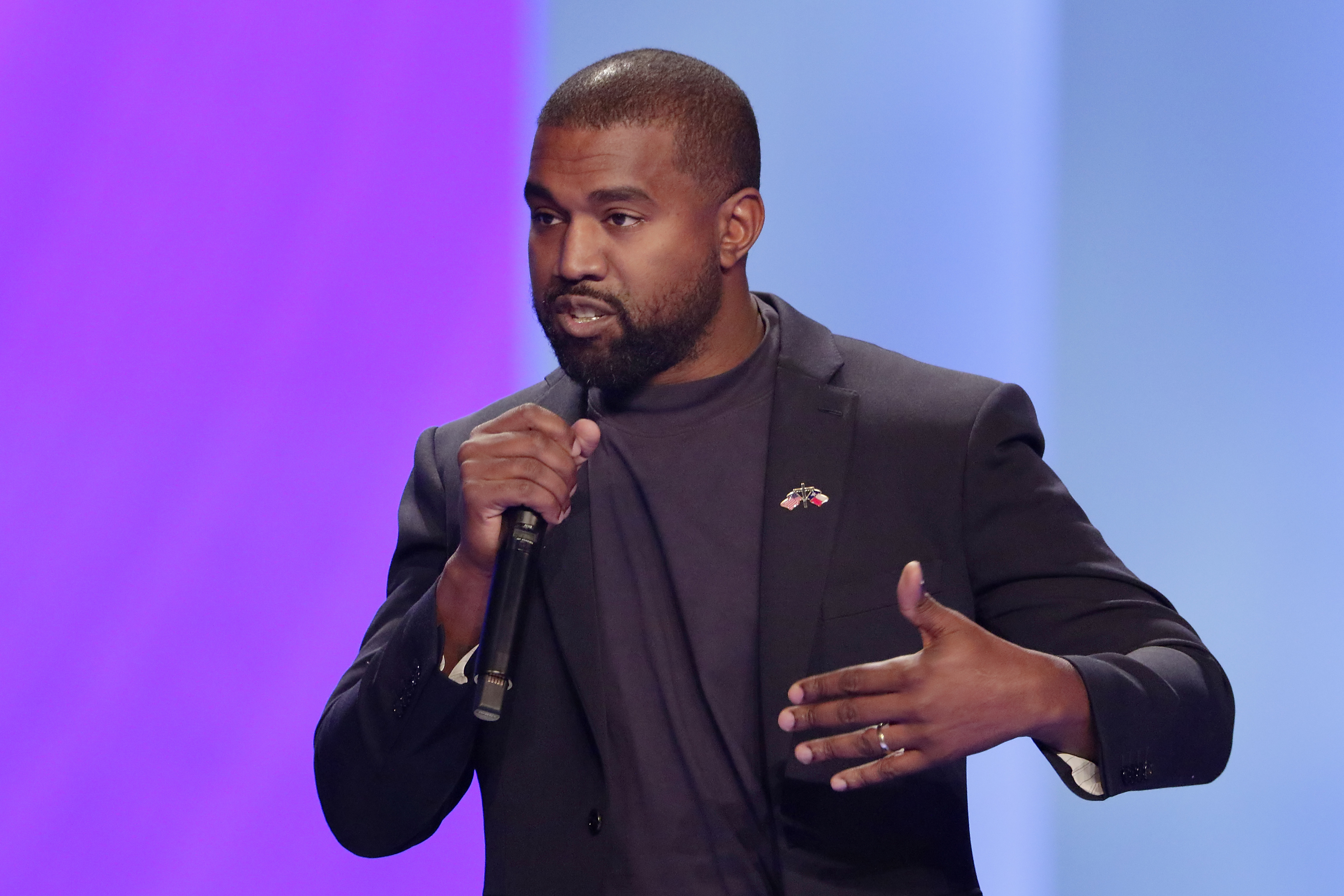 The 43-year-old rapper is running on his own party line, which he calls the “Birthday Party.” His White House run — or, as he calls it, “walk” — is reportedly being aided by some Republican operatives, who are seemingly trying to get him on the ballot in some states in order to swipe votes from Biden.

West, who has been friendly with Trump in the past, said he’s fine with hurting Biden’s chances, but the rapper insists he’s in it to win it, even though he won’t be on enough ballots to secure the 270 electoral votes needed. His petitions in several states — Wisconsin, Ohio, Illinois and Montana among them — were rejected over issues such as invalid signatures and missed filing deadlines.

"We must now realize the promise of America by trusting God, unifying our vision and building our future," West tweeted when he announced his run July 4.

West supports issues important to conservatives, such as prayer in classrooms and strong national defense. He’s also pro-life. But the 21-time Grammy winner also wants police reform, an end to federal sentencing guidelines, clean air and water, and a commitment to renewable energy — issues that speak more to liberals.

And, of course, West is known for sometimes making head-scratching or outlandish comments. For example, at his South Carolina campaign rally in July, he said Harriet Tubman “never actually freed the slaves, she just had them work for other white people” and that everyone who has a baby should receive a million dollars to discourage abortions.

The 65-year-old businessman has previously run for a number of offices around the country, including president in 2016, mayor of New York City, the U.S. House in California earlier this year and the U.S. Senate in nine different states. Yes, nine.

He’s back at it again this year and has secured the nominations of the Alliance and Reform parties for president. De La Fuente, who ran against Trump for the Republican nomination in the primaries, supports a single-payer health care system, comprehensive immigration reform “that views undocumented workers as assets rather than liabilities” and significant investment in clean and renewable energy.

“Our aims are not to move the direction of the country left or right, but forward,” he said in a statement last month. “We want to create a revitalized, world-leading United States, an America 2.0 that will provide better outcomes in combating the human challenges we all have in common: climate change, poverty, ignorance, sickness, income inequality, and injustice.” 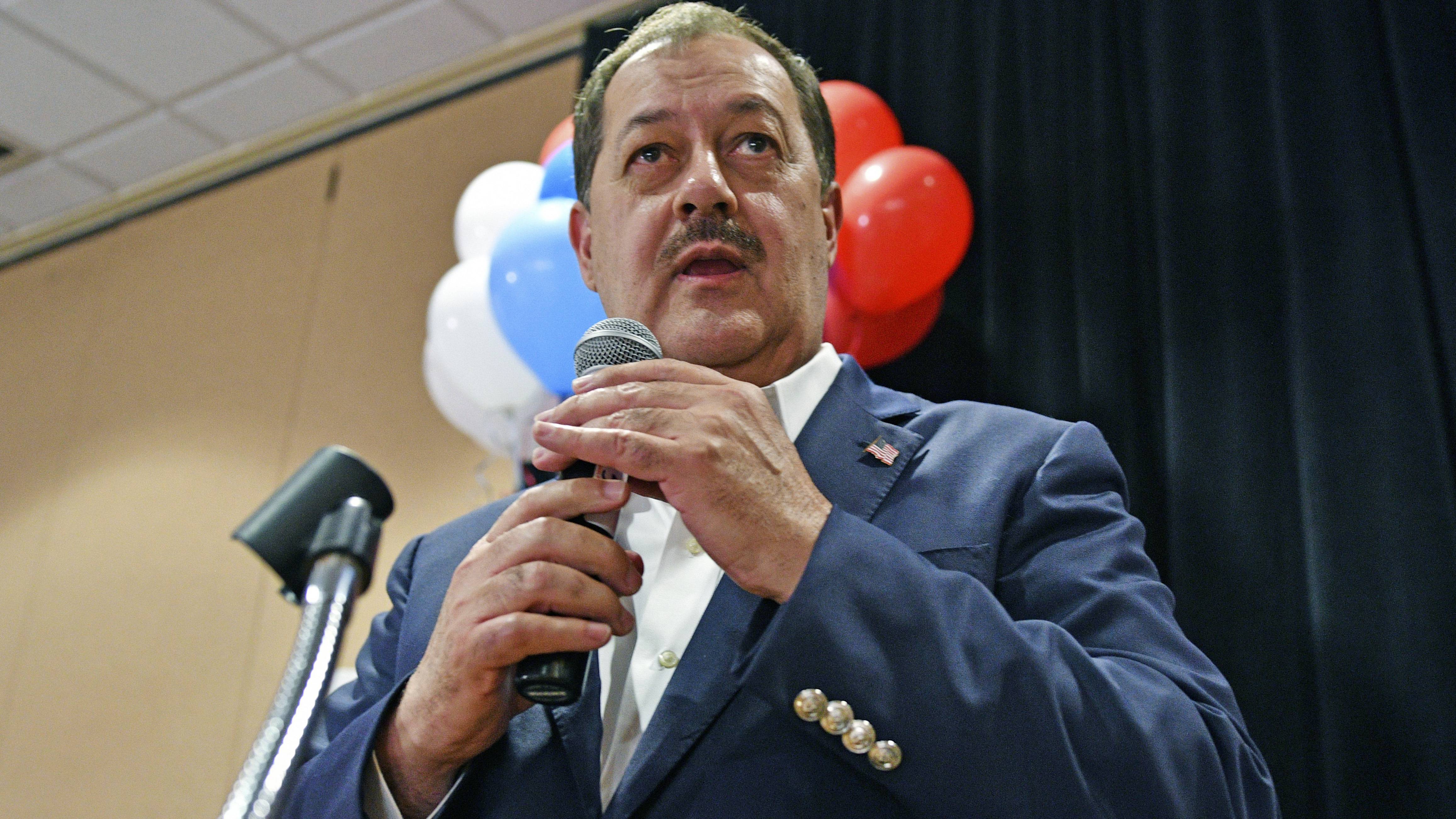 Blankenship is one of the more controversial third-party candidates this year. He was the CEO of the Massey Energy Company at the time of the Upper Big Branch coalmine explosion in West Virginia that killed 29 miners in 2010. Blankenship served a year in prison after he was found guilty of conspiring to violate federal mine safety standards.

And while running for the U.S. Senate in West Virginia in 2018, Blankenship made headlines for referring to Senate Majority Leader Mitch McConnell as “Cocaine Mitch” and said the Kentucky Republican had made his “China family” wealthy. (McConnell is married to U.S. Transportation Secretary Elaine Chao, who was born in Taiwan.)

Blankenship supports most of the big conservative issues, including an end to abortion, 2nd Amendment protections and border wall construction. He also has a history of being a climate change denier, although in 2018 he conceded “climate change is probably a fact” and blamed it mostly on China’s coal production.

“I’m not running to benefit Washington D.C., I’m looking to benefit Americans,” Blankenship said in an interview with the KDKA radio in Pittsburgh in  last month. “I know how the system works and I know how to make the changes in the system, so there’s a lot that I can do for the regular American person.”

Harmony, not division or partisan politics, is how we can move forward as a nation. #brockthevote

Pierce is a cryptocurrency entrepreneur who once upon a time was a child actor who starred in the Disney movies “The Mighty Ducks” and “First Kid.”

The 39-year-old Minnesota native says he hopes to blow up the political system by winning enough states to ensure neither major-party candidate receives the 270 electoral votes needed to become president, which would lead to the House of Representatives deciding the nation’s next leader.

“Just as it did in 1824, in 2020 the highly divided House of Representatives has the opportunity to compromise by choosing the one candidate that can unite America in service to all Americans: Brock Pierce,” Pierce’s website says.

Pierce’s campaign promises include health care for all, an improved and expanded immigration system, the legalization of marijuana and the elimination of carbon emissions in the U.S. in 20 years.

Pierce recently announced singer and producer Akon has joined his campaign as a chief strategist.

If elected, La Riva, a longtime San Francisco labor and anti-war activist, would push to end “the war on Black America,” abolish all anti-immigrant laws, end mass incarceration, make health care and higher education free, and close military bases around the world. She blames capitalism for the world’s environmental ills.

The 66-year-old candidate has spoken glowingly of former Cuban President Fidel Castro, writing that he has been “absolved by History”

This is La Riva’s 10th time running either for president or vice president. She also ran for California governor twice and San Francisco mayor once. She also has the nomination of the Peace and Freedom Party.

The @AmSolidarity has nominated former CA congressional candidate @BrianTCarroll as its presidential nominee. In 2016 the party was only on the ballot in one state and write-in in 24, but plans to greatly increase its ballot and write-in access for #2020election pic.twitter.com/tPOsJv9evZ

A retired teacher, Carroll is the nominee of the 9-year-old American Solidarity Party, a Christian democratic organization.

The 70-year-old Californian’s campaign slogan is “#WholeLife,” which refers to his commitment to defend life in all instances — he’s anti-abortion, anti-death penalty, anti-assisted suicide. Carroll “also believes that a just economy, a peaceful world, and a healthy environment are all life issues”

Carroll and the American Solidarity Party support the economic theory of “distributism,” which they describe as “an economic system which focuses on creating a society of wide-spread ownership … rather than having the effect of degrading the human person as a cog in the machine.”

Carroll says his hope is that his candidacy gains enough support that the major parties began to consider some of the party’s ideas. For example, if enough pro-life Democrats join the ASP, perhaps the Democratic Party would soften its position on abortion. Or maybe the Republican Party would get behind universal health care if enough of its members leave.