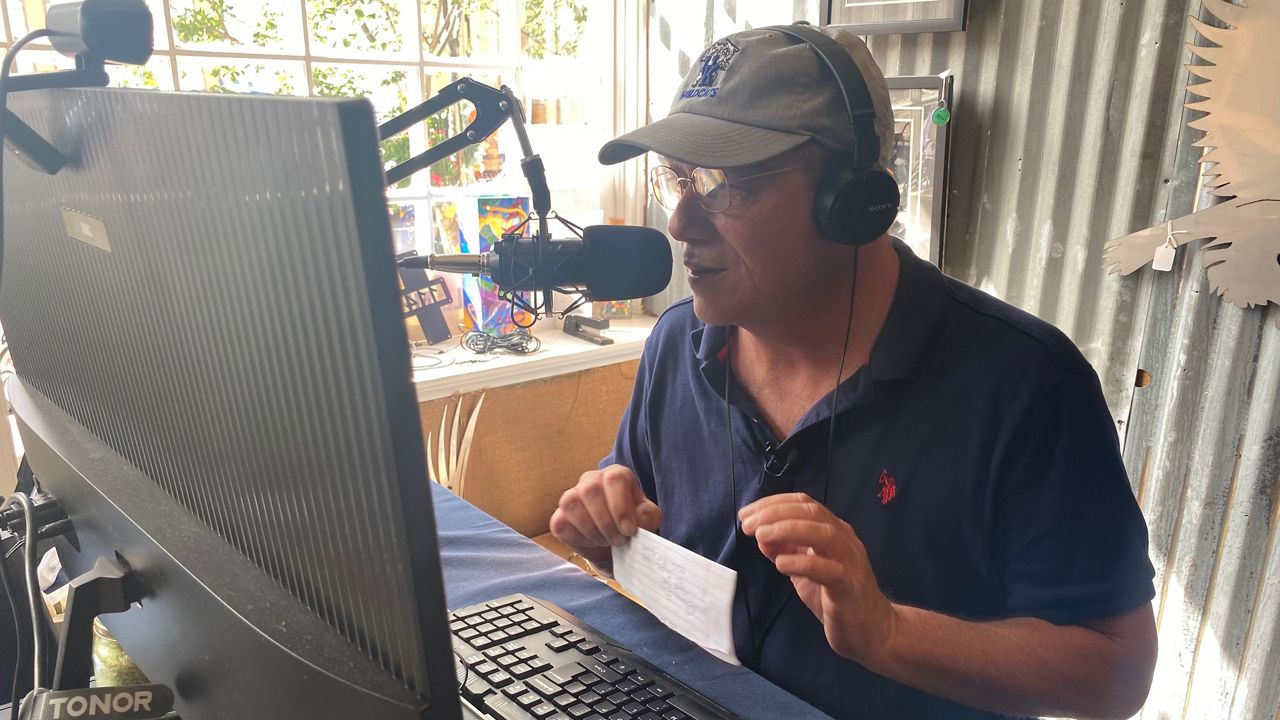 LA GRANGE, Ky. — A new radio station has just hit the airwaves, but it’s not your typical AM or FM station.

The classic hits that have recently flooded the airwaves in Oldham County are all thanks to Chris McGill, who knows a thing or two about broadcasting.

“I started in the broadcasting business at the age of 14. My dad had to take me to my first radio job, I couldn’t even drive yet so I’ve been in it for quite a while,” said Chris McGill, owner of Crossroads La Grange Streaming Radio. “About 30 years in radio and 10 years in TV news.”

For nearly eight years, McGill has called the city of La Grange home, so opening the doors to Crossroads La Grange was a no brainer.

The streaming radio station is believed to be the first of its kind in Oldham County.

“I wanted to bring something to the city that would let people know what’s going on around their own neighborhood  and backyard so that’s the whole reason behind this,” McGill said. “I want this to be the place people go to find out what’s happening in La Grange and all of Oldham County.”

McGill hopes to bring locals on the show like La Grange mayor, John Black and other programming regarding the history of the town that dates back to the early 1800s.

McGill’s favorite part is being in the heart of La Grange on Main Street.

“The train and the people,” McGill said. “Being able to see everybody plus I can actually let people know ahead of time when the train is coming. I see it coming, I hear it coming, I’ll let everybody know on the air so if they’re heading this way they can take a proper re-route.”

It’s a dream that had been in the making for over 10 years.

“It’s really close to my heart because it’s been a long time coming and now that it’s finally here, I just have a lot of emotion about it and I want to turn this into something that everyone can be proud of and listen to and be something that we can call our own,” McGill said.

Now he’s soaking it all up and doing what he loves while keeping it local.

You can listen to Crossroads La Grange Streaming Radio here.