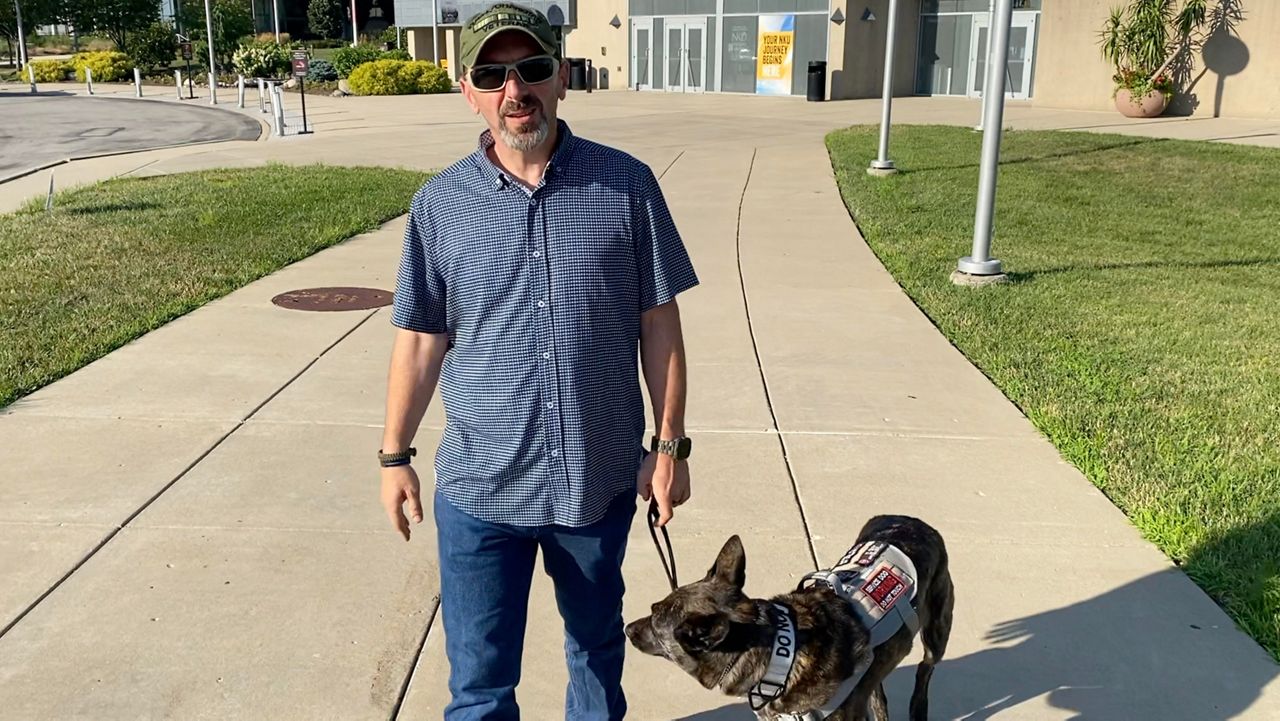 After a friend encouraged him to try cannabis to deal with his pain, Bonvell has dropped most of his other medications. (Spectrum News 1/Sam Knef)

Veteran makes impassioned plea for medical cannabis: 'I wanted to eat a bullet every single day'

HIGHLAND HEIGHTS, Ky. — A task force assembled by Gov. Andy Beshear is going around the state to hear directly from Kentuckians on whether they support the legalization of medical cannabis.

A northern Kentucky man who said he would’ve been considered the last person to support medical cannabis made a passionate plea for legalization, saying it saved his life.


This was at the second of four town halls planned across Kentucky at Northern Kentucky University. Other people shared similar stories.

“Medical marijuana could be the first course of action, instead of having to go to five or six multiple different trials of medication that won’t necessarily help her,” said one mother of a daughter with a rare developmental disorder. 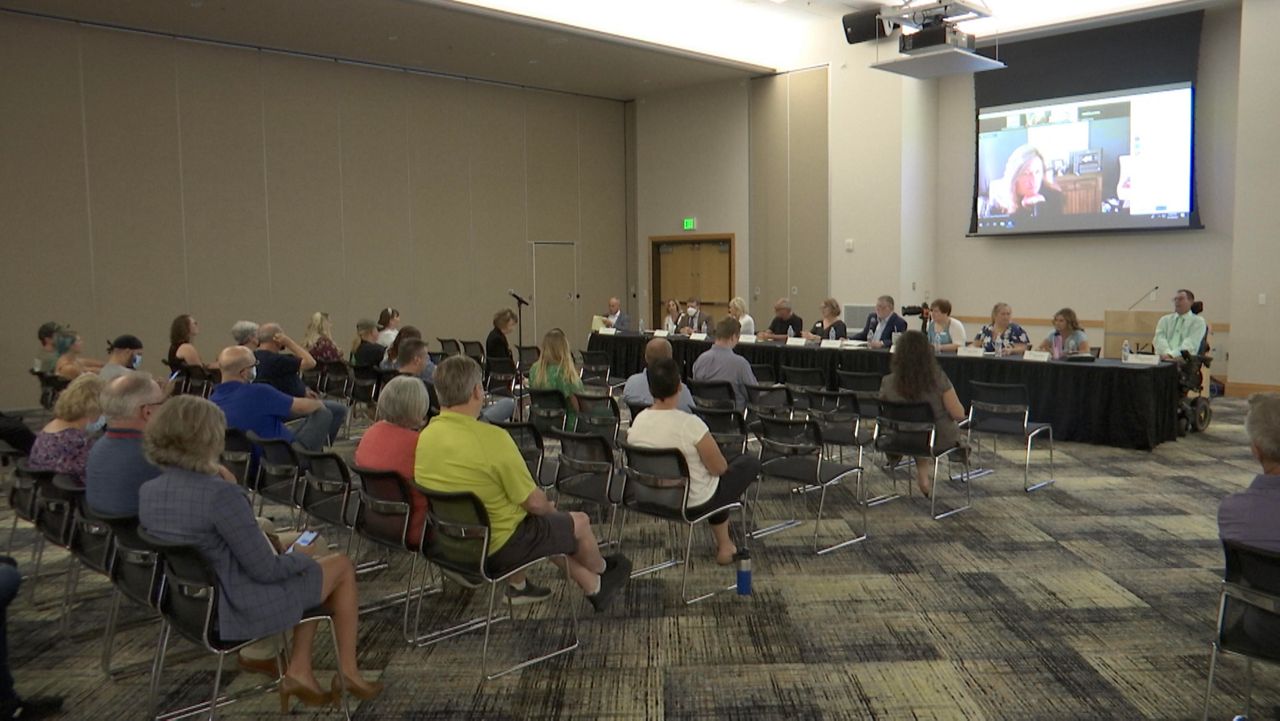 Another woman, whose husband has multiple sclerosis, made her case.

“Marijuana has been proven to slow the signals of his damaged nerves, give him the possibility of feeling normal, and out of pain. And I just want him to have that chance,” she said.

Most times, people who spoke described how lack of access to legal, medical cannabis was having debilitating effects on their lives and their loved ones’ lives.

“I could’ve tried cannabis right from the beginning and skipped all those nights that I’m punching concrete floors so I don’t take my own life,” said one man.

Then, veteran Jared Bonvell shared his story. He went to Iraq in 2007. When he came back, something “wasn’t right.” 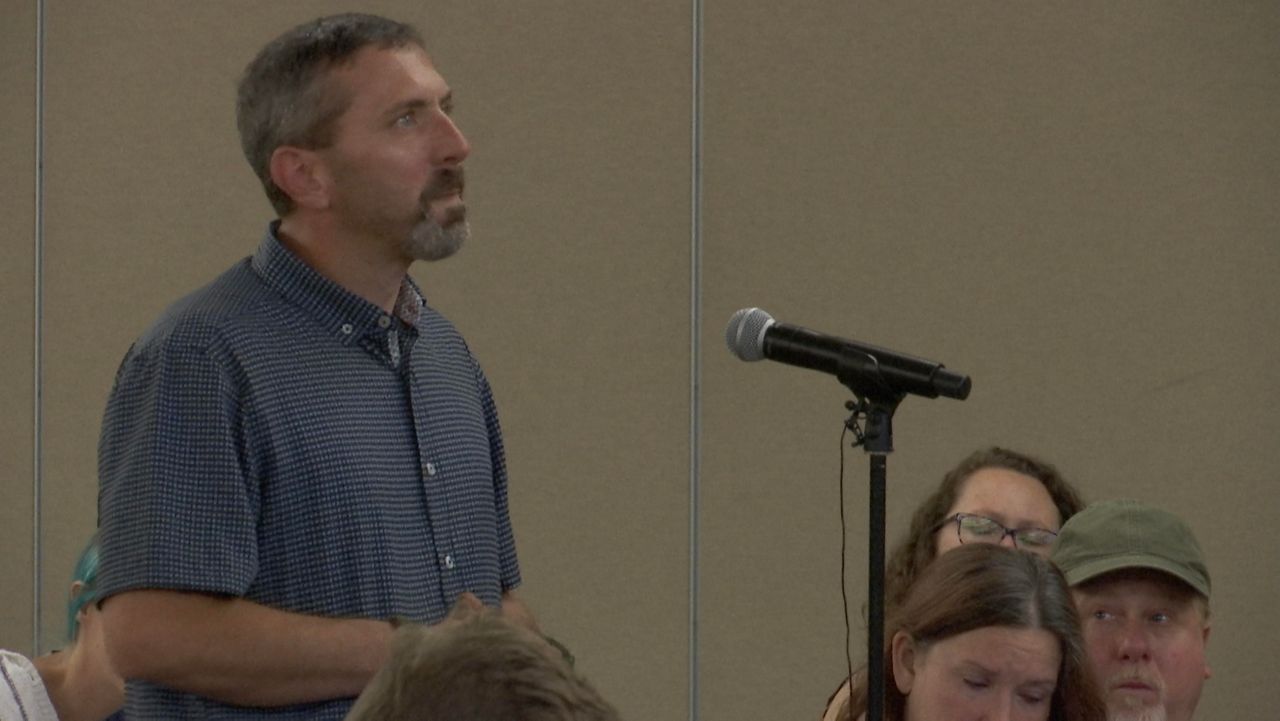 Jared Bonvell made an impassioned plea for the legalization of medical cannabis in Kentucky. (Spectrum News 1/Sam Knef)

“[I] got on a lot of medication and started going through therapy. And then, I got to go to Afghanistan,” he said at the podium. “After Afghanistan, I was on 13 medications, and I wanted to eat a bullet every single day. My daughter didn’t see her daddy anymore.”

Bonvell had spent 18 years in the military before medically retiring. He became a special agent, overseeing felony level criminal investigations and counterintelligence for the Department of Defense.

“I’ve investigated a lot of dope cases before,” he said. “Ten years ago, if you’d ask me that I’d be using cannabis as a medical tool, I would’ve laughed at you. I would’ve told you you’re ridiculous, but that’s what I was taught.”

Still, nothing else was working for him. Medication after medication couldn’t bring him back to normal, so he eventually tried cannabis.

“Every morning I’d wake up, and I was miserable. I didn’t want to live anymore. I had no desire to do anything. Everything that was fun, or that I enjoyed, had no desire. And every time they’d add a medication, it’d help a little bit, but then ultimately, there’d be five side effects, so I was a zombie,’ Bonvell recalled. “When I finally started using cannabis, my mom looked at me and she started crying. She’s like, ‘I can see your eyes.’”

A friend encouraged him to try cannabis, and it changed his life.

“I’ve been a cop my whole life. I’m not gonna go out and start doing weed. He said, ‘Just trust me. Just one time, please.’ Because he cared about me,” Bonvell said. “I took a puff. Within about 30 minutes, I started feeling better. I didn’t want to commit suicide.”

Within a year of using cannabis, Bonvell said he had quit drinking and was off 12 of his 13 medications.

The problem for Bonvell and others who spoke is their preferred medicine is not legal in the state they live in.

While these were just a handful of stories, Secretary of the Kentucky Justice and Public Safety Cabinet Kerry Harvey, who is also co-chair of the Medical Cannabis Task Force, said these kinds of stories are predominantly what the task force has heard since setting out to gather information for the governor.

The latest bill attempting to legalize medical cannabis in Kentucky stalled in the last legislative session, so Beshear is exploring other means of legalization.

“[Gov. Beshear] is taking these steps so that he can make good decisions about what he might do with his executive power. Recognizing that the executive power is certainly not unlimited. But it is also substantial,” Harvey said.

Harvey said he does not believe medical cannabis is, nor should it be, a partisan issue.

“It seems to be supported strongly by both Republicans and Democrats. And I think Gov. Beshear wants to hear directly from Kentuckians in order to inform what actions he might take to advance the issue,” he said. “To me, when someone says that they have intractable pain, or that their child has a terrible seizure disorder, and this particular substance has provided significant relief, and we hear that from people over and over, I mean that’s meaningful, that is not to be ignored.”

When it comes down to it, Harvey said they’re listening to the voices of Kentuckians. Most of the public input at NKU was that of people pleading for legalization, but one nurse practitioner cautioned the state to include a high level of oversight.

“In some states, it just becomes a rubber stamp. Everybody that goes into the clinic gets approval, gets their card, and then they can go get medical marijuana. And yes, some of those people need it. [But] probably some of them don’t,” she said.

Bonvell concurred that the product should be highly regulated, in his opinion, for the safety of patients, in order to be as effective as it has for him.

The task force is holding two more town halls. Kentuckians can also give their input via email or through https://medicalcannabis.ky.gov/. The state has already received over 2,500 responses.