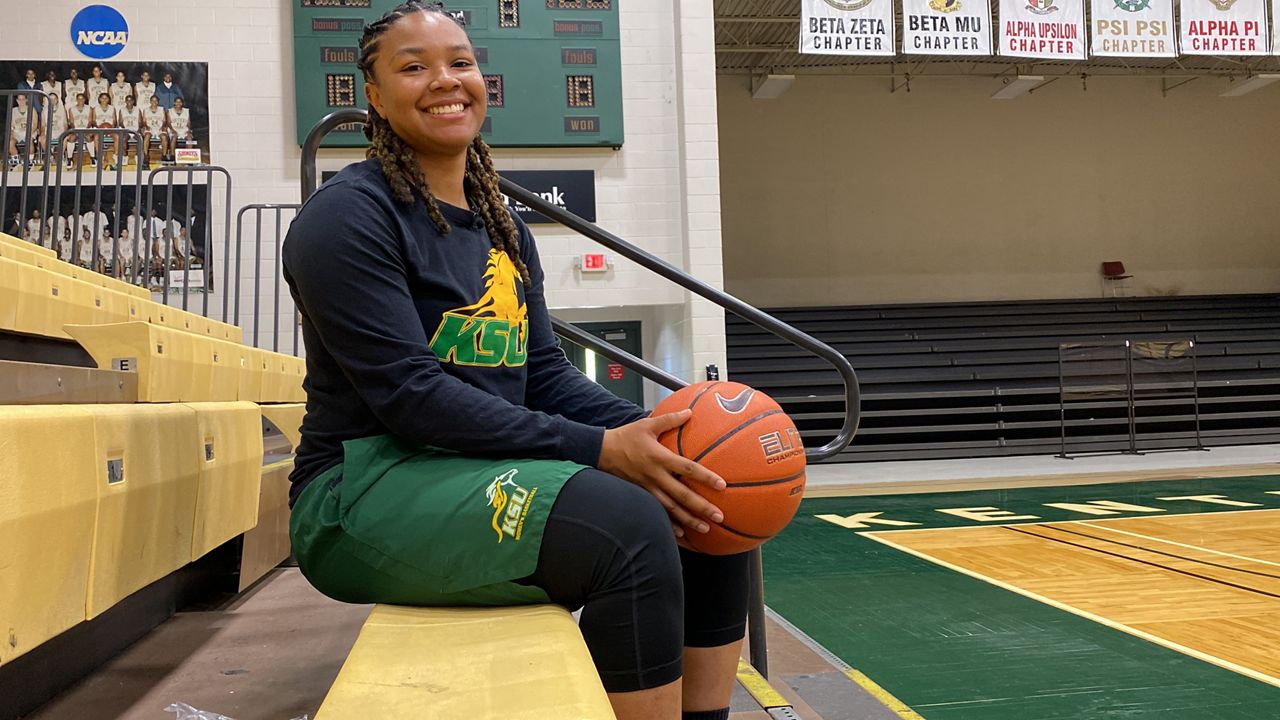 FRANKFORT, Ky. — Thursday marks the 50th anniversary of Title IX’s passage in the United States. It changed the trajectory of sex-based discrimination in schools, workplaces and sports. Additionally, it protected victims of sexual misconduct.

Following its passage in 1972, Kentucky State University paved the way for excellence in women’s sports.


Title IX was enacted in 1972 as a follow up to the Civil Rights Act of 1964. Kentucky State University women’s basketball team and coaching staff was a part of breaking glass ceilings for women in the Commonwealth after winning the first ever National Association of Intercollegiate Athletics (NAIA) Championship Title in the country.

They were also the only Historically Black College & University (HBCU) to win the title.

“I came all the way from New Jersey and made K-State home honestly,” said Williams. 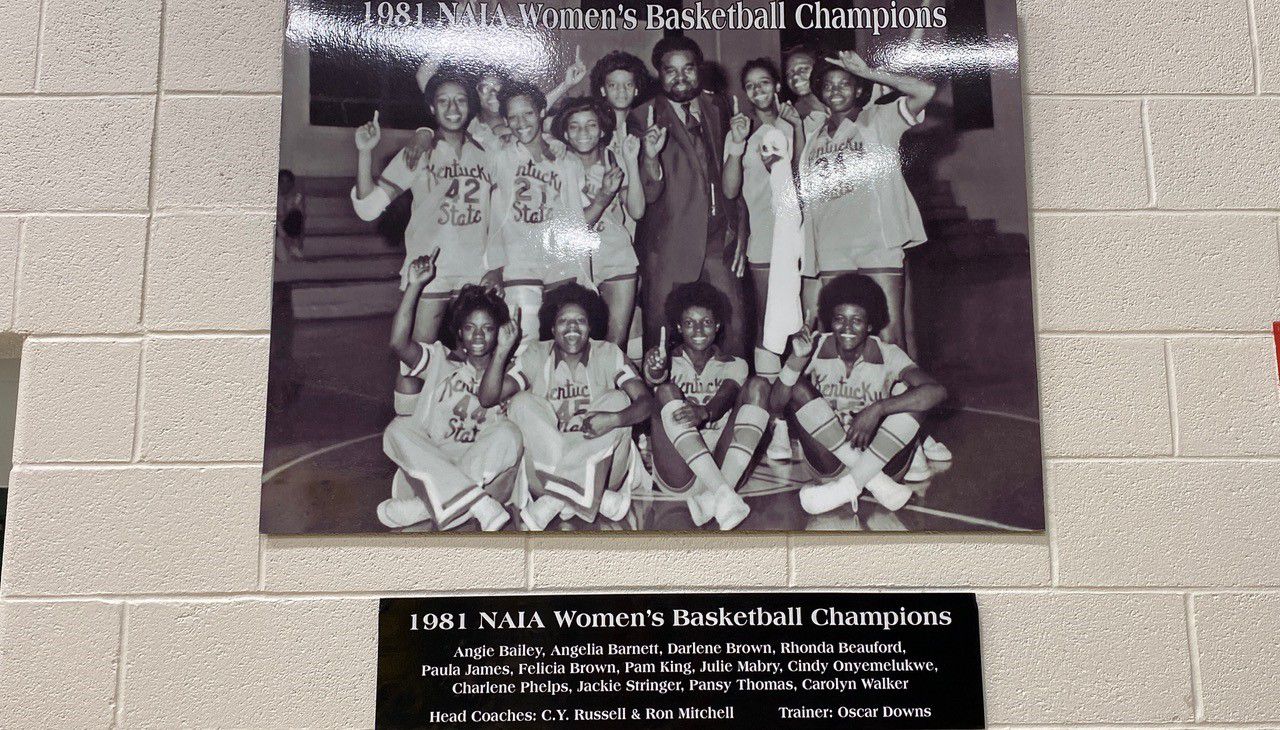 The bleachers Williams heard thousands of fans roar on are the same bleachers that contain deeply rooted history. Williams and dozens of other women’s basketball alum at KSU played and practiced in the William Exum Center. Williams said she transferred to KSU from Monroe College in 2018.

She continued to break barriers for women at KSU when she helped her team repeat history at the Southern Intercollegiate Athletic Conference (SIAC) in the same season.

“I wore these to our championship run that year, we ended up getting runner up. Every day, you just gotta wake up and seize the day and take advantage of the opportunity. That just goes for all women.” said Williams.

After Williams’ last season at KSU in 2020, she became the assistant coach for the women’s basketball team. It’s an opportunity she and KSU’s associate athletic director Jackie Duvall are thankful for. 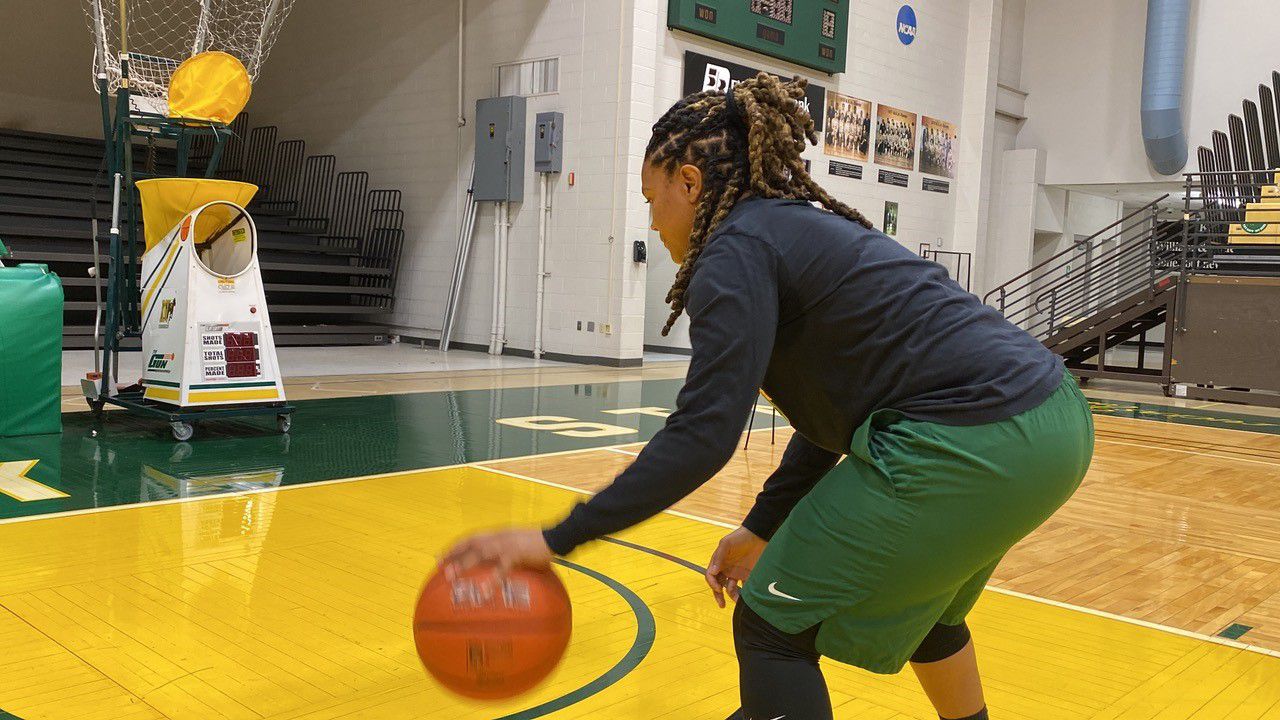 Duvall said she’s played sports all of her life, and credits her parents as the ones who encouraged her to stick with them.

“It’s kind of bittersweet because it’s like, wow! Only 50 years that we’ve been doing this and we’ve been in a position in which we’re not supposed to be discriminated against,” said Duvall.

Both Duvall and Williams say even 50 years later, there’s still more work to be done for Title IX equality in athletics.

Williams is overwhelmingly proud to represent women in athletic leadership and staff at KSU. KSU said every athlete, student and employee goes through extensive Title IX training. Students can use Title IX resources in the academic services building.

KSU women’s basketball team can be found on Twitter @KYSUAthletics or through www.ksuthorobreds.com.