"Red flag" laws are being pushed in Washington, but they have a difficult road in Kentucky. (AP Photo)

LOUISVILLE, Ky. — For the entirety of this 12 years in the Kentucky State Senate, Sen. Paul Hornback, a Republican farmer from Shelbyville, has been in the majority party. But there's at least one minority group he's part of in Frankfort: Republicans who support reforming gun laws.

For several years, Hornback and Senate Minority Leader Morgan McGarvey, a Democrat from Louisville, have pushed legislation allowing the courts to order the removal of firearms by law enforcement from people who pose a danger to themselves or others. Commonly referred to as “red flag” laws, this type of legislation is opposed by the National Rifle Assocation, but Hornback said it would make Kentuckians safer.

“I don't think there's anybody that wants somebody that's in a crisis moment to have access to firearms, or weapons that would allow them to do harm to themselves or to others,” he said.

He pointed not just to preventing violent acts perpetrated by one person against another, but also to preventing suicides, which “red flag” laws have been shown to reduce.

“What’s wrong with helping people get over their crisis?” he asked. 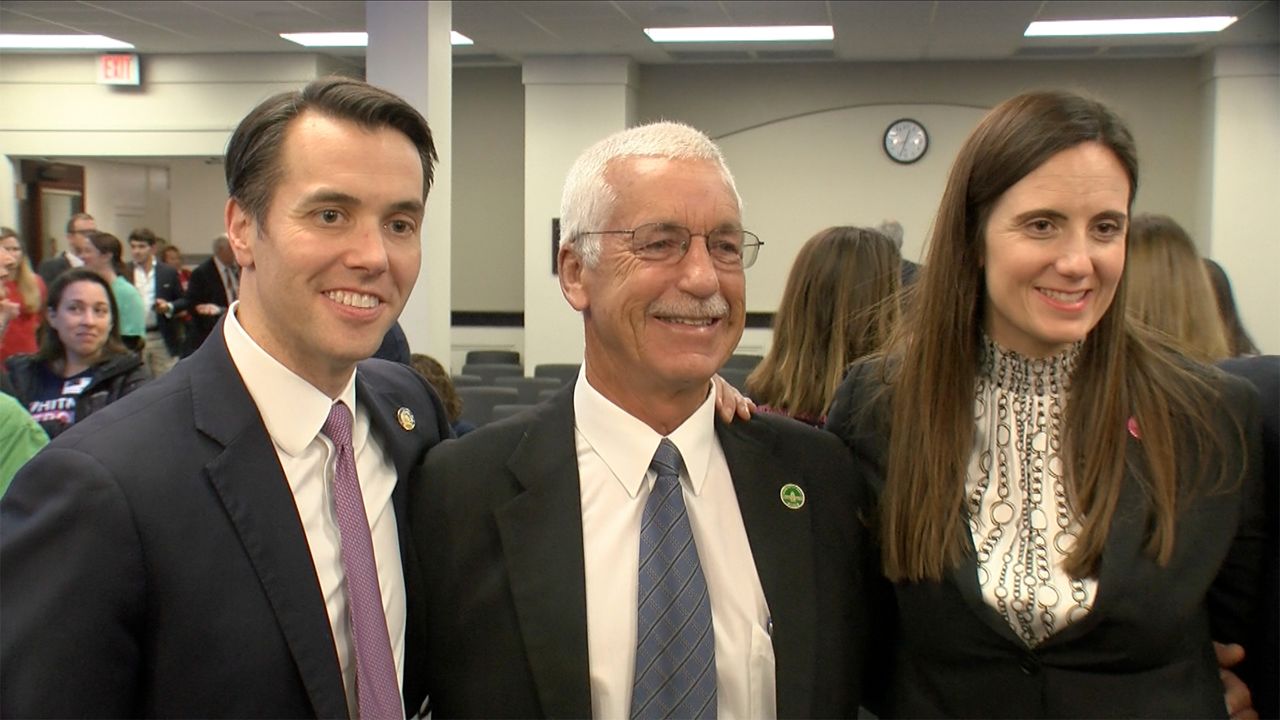 Hornback’s willingness to support “red flag” legislation, which he prefers to call “crisis aversion and rights retention” legislation, has opened him up to attacks from leaders in his own party. Last summer, Congressman Thomas Massie, a Republican from northern Kentucky, wrote on Facebook that Hornback “openly advocates for gun control (eg. red flag laws)” and is “working against conservatives.”

Massie's attack demonstrates the challenge Republicans face supporting "red flag" legislation as the party hardens its stance on guns in Kentucky, as evidenced by legislation passed in recent years and reactions of some members to the school shooting in Uvalde, Texas, which included an op-ed from several state senators imploring people not to "rush to blame guns."

Hornback dismissed Massie as “ineffective,” but he said he understands some of the concerns his colleagues have with “red flag” laws. They see it as a slippery slope that could lead to infringements on the Second Amendment, Hornback said. He called that a “legitimate complaint.”

But he also said concerns over the Second Amendment have to be squared with public safety. “How do you do something that is effective and at the same time not infringe on rights in the Constitution?” said Hornback, who calls himself a “pro-Second Amendment Republican” and noted that he owns an AR-15.

“Our No. 1 issue ought to be the protection of the public,” he added. “That's what the government is supposed to do.”

In Frankfort though, the momentum is moving toward protecting firearms. Earlier this year, the House passed House Bill 29 to make the state a “Second Amendment Sanctuary." The bill, which lawmakers approved in a 75 to 20 bipartisan vote, would have prevented new federal gun regulations from being enforced with Kentucky tax dollars. It was never heard in the Senate.

In 2019, gun rights advocates saw a major win in the legislature when lawmakers repealed the requirement for Kentuckians to obtain a permit to carry a concealed weapon. Hornback was a sponsor of that legislation.

The federal government, meanwhile, seems to be moving in the opposite direction. Last week, the U.S. House passed a federal "red flag" law with a bipartisan majority. Over the weekend, a bipartisan group of U.S. Senators announced an outline for new gun regulations, which includes incentives for states to enact "red flag" laws. The measure currently has the support of 10 Republican Senators, making it filibuster-proof.

Currently, Kentucky is one of 31 states without a "red flag" law. If that is to change in coming years, it will have to be without Hornback, who is retiring at the end of 2022. Asked if there is a member of the majority party willing to step in to advocate for the issue once he’s out of office, Hornback said he’s confident there is.

“I'm not gonna say who they were, but we’ve worked with other members that are favorable to the legislation,” he said.

The sad reality, he added, is that people will come around to supporting the legislation as they continue to experience gun violence in their own lives. "As you have more and more people are directly affected, it becomes more possible to do something," he said.