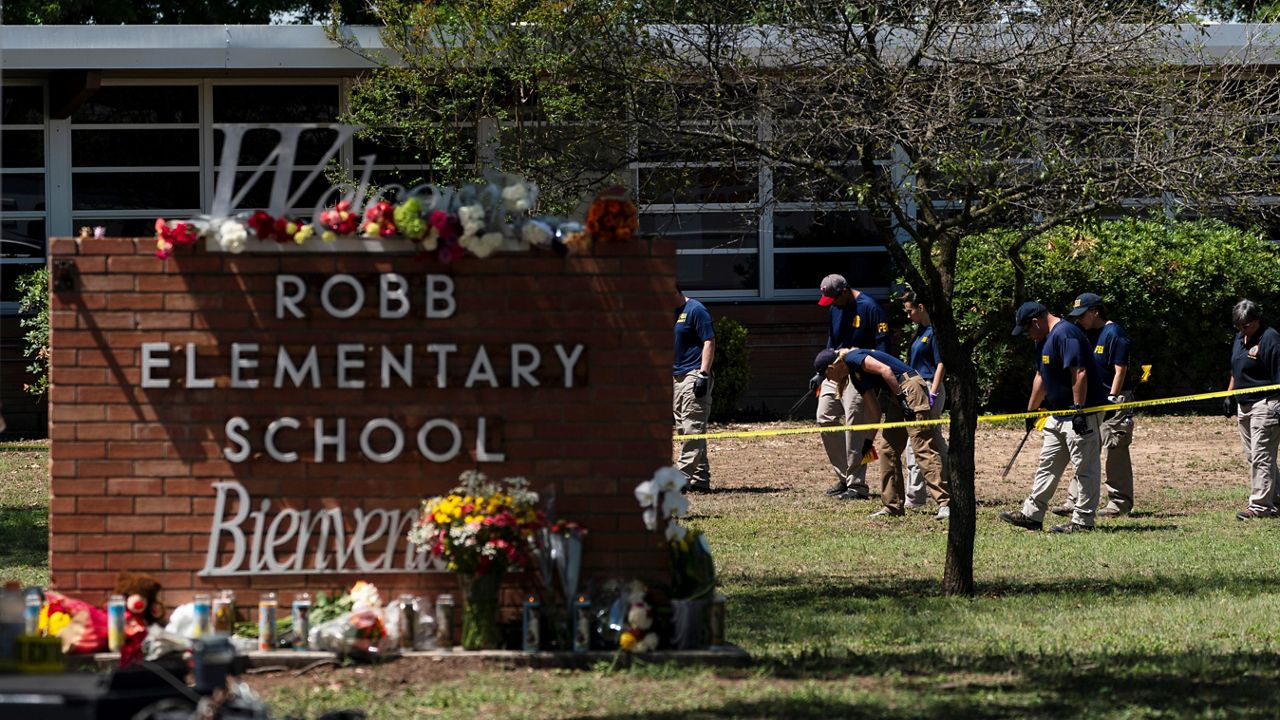 Flowers are placed around a welcome sign outside Robb Elementary School in Uvalde, Texas, Wednesday, May 25, 2022, to honor the victims killed in Tuesday's shooting at the school. (AP Photo/Jae C. Hong)

LOUISVILLE, Ky. — Nineteen children and two adults were killed in a school shooting Tuesday at Robb Elementary School in Uvalde, Texas. The 18-year-old gunman was shot and killed by responding law enforcement after the massacre.


As families mourn the loss of their loved ones and flags are at half staff around the country, the nation is hurting—including the youngest among us. Dr. Stephen Taylor, chief medical officer at Peace Hospital in Louisville, Kentucky suggests parents be honest with their children when starting this difficult conversation.

“We can be guilty of projecting our own feelings into our kids in ways that they may not be feeling themselves, so I think the important first piece of this is to talk to kids and hear their words: What do you say, how do they talk about it, and talk about it in their words,” Taylor said.

Following school shootings, you often hear the term “red flag” or “warning signs” being used to describe the shooter’s actions or motives. Taylor urges parents to look for these signs and be mindful of their children, too.

“Kids that are getting picked on or bullied, that’s something to be mindful of,” Taylor said. “Social media can be a very brutal platform for kids and being aware of what your kids are doing and hearing and experiencing online is very important.”

For Jon Akers, the executive director for the Kentucky Center for School Safety, that’s his job—identifying the threats and creating plans to keep students, teachers and faculty safe for school districts across the state of Kentucky.

The Uvalde shooting is the second deadliest shooting on record, just shy of a decade after the Sandy Hook Elementary Shooting where a gunman killed 20 children and 6 adults.

It’s an unfortunate tragedy that highlighted much-needed changes in schools’ emergency plans and procedures across the country in Akers’ eyes. He explained how those plans have changed since the Sandy Hook shooting.

“The school was locked, the exterior doors were locked, but the interior doors were not locked. And so the shooter shot himself through a pane glass window, got into the building and got into a classroom,” Akers said. “So lessons learned from that, is that if someone can get in from an outside entrance, let’s make sure the classroom doors are locked.”

Akers said once his team with the Kentucky Center for School Safety have gathered all the facts on the Uvalde, Texas school shooting, they can review their current plans and procedures and go to the general assembly and suggest changes to the school safety law if needed.

Dr. Taylor with Peace Hospital is also launching a podcast called “Find Your Peace” that will launch, Thursday, May 26, discussing several topics including gun violence.