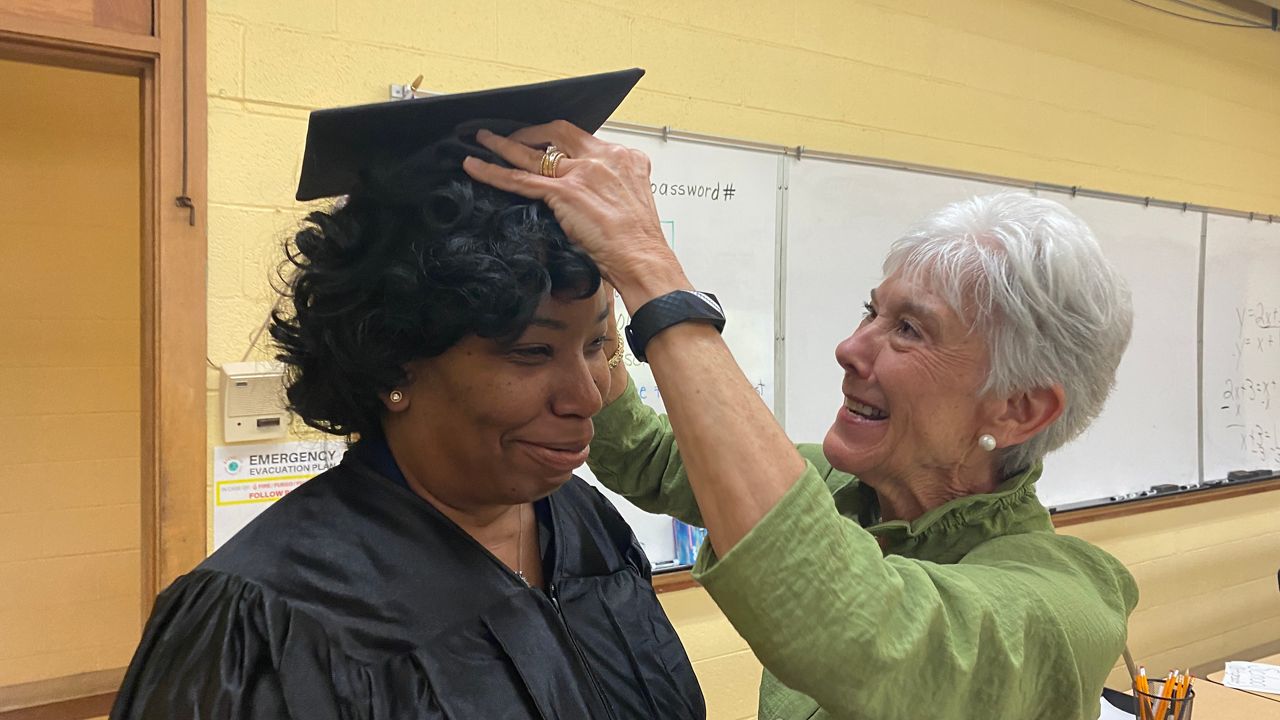 Pamela McReynolds says support from her teachers and being motivated by her children have helped her overcome obstacles to reach a goal she set decades ago. (Spectrum News 1/Ashley N. Brown)

“What made me want to get my GED is I was working at a daycare and I love working with kids. I had worked there for a year and six months, but see my boss had let me go because I didn’t have my education,” says McReynolds. “When I went home I cried my little heart out and I realized it was time for me to get my education.”

McReynolds dropped out of school when she was in the eighth grade to help care for her sick mother.

She started GED classes for herself and to prove a point to her five children.

“I wanted them to know that just because you have a disability, that doesn’t mean, you can’t do what you want to,” says McReynolds.

Though there were times she could barely see her classwork and materials, she passed every portion of the GED exam the first time around, except for math.

“It was such a struggle because of all the small little dots and you know negative signs and things because of her visual disability she was unable to see always,” says Susie Degaris, one of McReynold’s teachers.

Before she could take the test for what she thought would be her last time, the program shut down for COVID.

“It’s been hard, very hard, but my kids keep me going,” says McReynolds.

She recently returned to the classroom and after 8 tries she passed the math test too.

“I’m a crier, but only when I’m happy,” says Degaris. “It’s been a long struggle, but she never gave up. She always had a positive attitude and I think we’ve all learned from her.”

McReynolds credits her teachers for staying by her side on her five-year journey.

“They worked hard for me and when you have somebody that’s dedicated to you as much as you are, you can do it,” says McReynolds.

Now that she’s received her diploma, McReynolds hopes to join the JCPS resource center to help other students reach their goals.

She also says to never give up