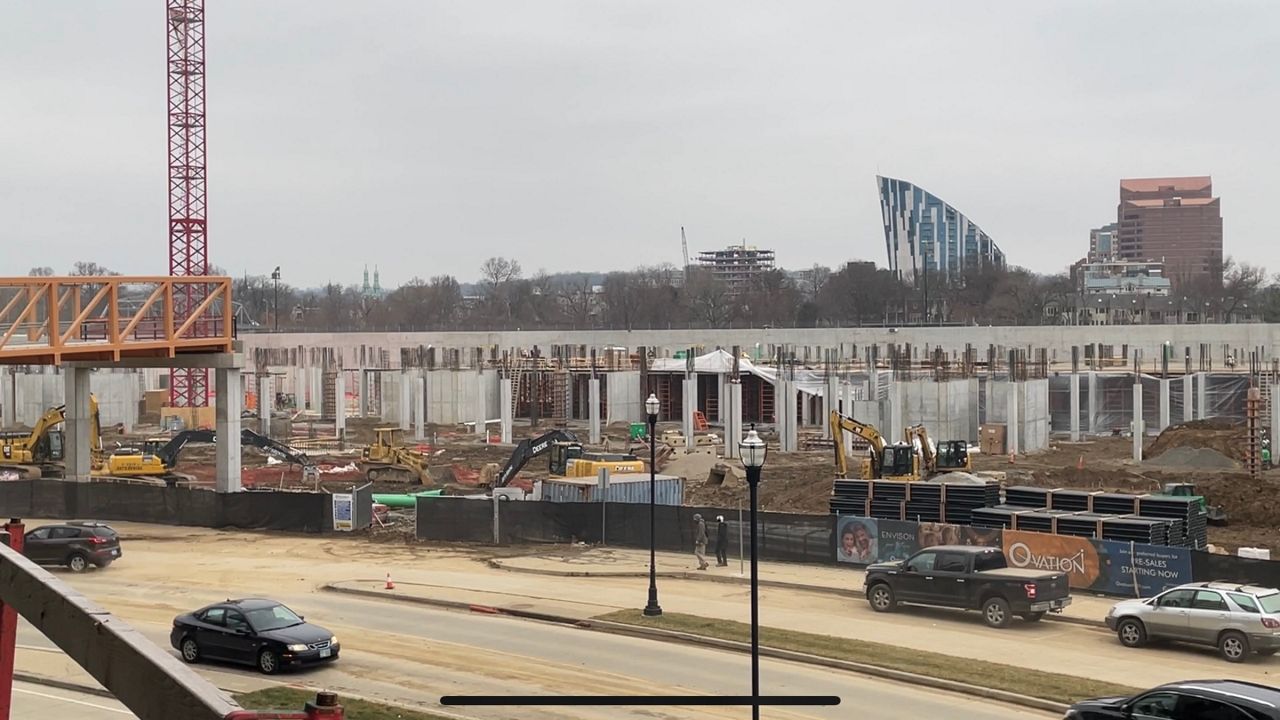 Looking on to the current construction of the garage that will hold townhomes in Newport, Ky. (Spectrum News 1/Katie Forcade)

NEWPORT, Ky. — Heather Harris calls herself a Boomerang Cincinnati girl, having spent some time away from the area before returning. Now that she’s back, she’s working at Corporex, a Covington-based firm that’s bringing luxury to northern Kentucky.


Corporex recently started on a huge three-phase project in Newport. Driving through the area, you’ll notice construction is underway for a parking garage that’ll be part of a new luxury living development.

“There are going to be condos and apartments and then behind that, 300 apartments that will go up after,” Harris said.

The project is called Ovation. It’s aimed at providing luxury living, office space, hotel rooms and much more for the northern Kentucky community.

“In everything we try to do, we try to bring energy and life into this development,” she said.

She’s not the only one from Corporex who’s excited to see the area they call home get such an exciting big new development project. Thomas Banta also works with Corporex. He pointed out what’s going on outside in terms of construction so far.

“We’re building a 1,600-car parking garage, which will serve as the platform for the vertical development above,” Banta said.

Building the parking garage underneath brings all the homes and restaurants up above the levee, leading to better views of downtown for residents and visitors, he said.

More vertical construction will begin heading into the spring, Banta said. The office building will be done before the end of 2022. The hotel they’ve begun work on will be ready in about 14 months.

You can learn more about the development here.