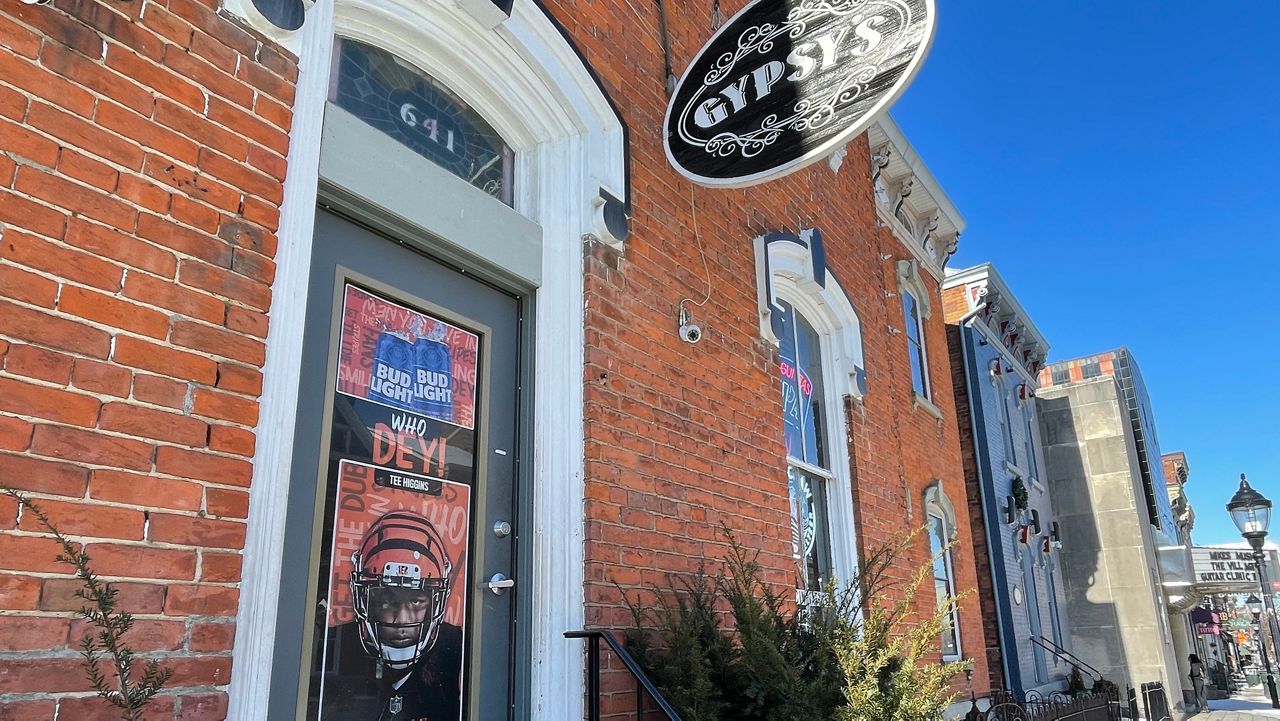 COVINGTON, Ky. — Sunday, February 13 is a big day for Cincinnati Bengals fans. They’ll be playing the Los Angeles Rams in the Super Bowl, a game they haven’t played in decades.

“It’s like a daydream. Surreal. And we’re just happy to be a part of it,” said Brad Casey with Gypsy’s, a bar on Main Street in Covington.

Walking outside, you’ll notice some Bengals love hanging off the front door of Gypsy’s bar. Casey said the goal is to have a lot of Bengals fans come hang out through the Super Bowl. Fans like Jim Nelson. Nelson said he remembers watching the last time the Bengals were playing the Big Game and has been a fan over the years.

“I’ve been to most home games over the last twenty years,” Nelson said.

Casey said they’re prepping to cater to fans who do come watch the game from the bar.

“Extra workers and security, and bartenders. Just making sure everyone gets everything on time and enjoys the game,” Casey said.

It’s a game that many fans have waited for.

The game starts at 6:30 p.m. eastern time next Sunday.