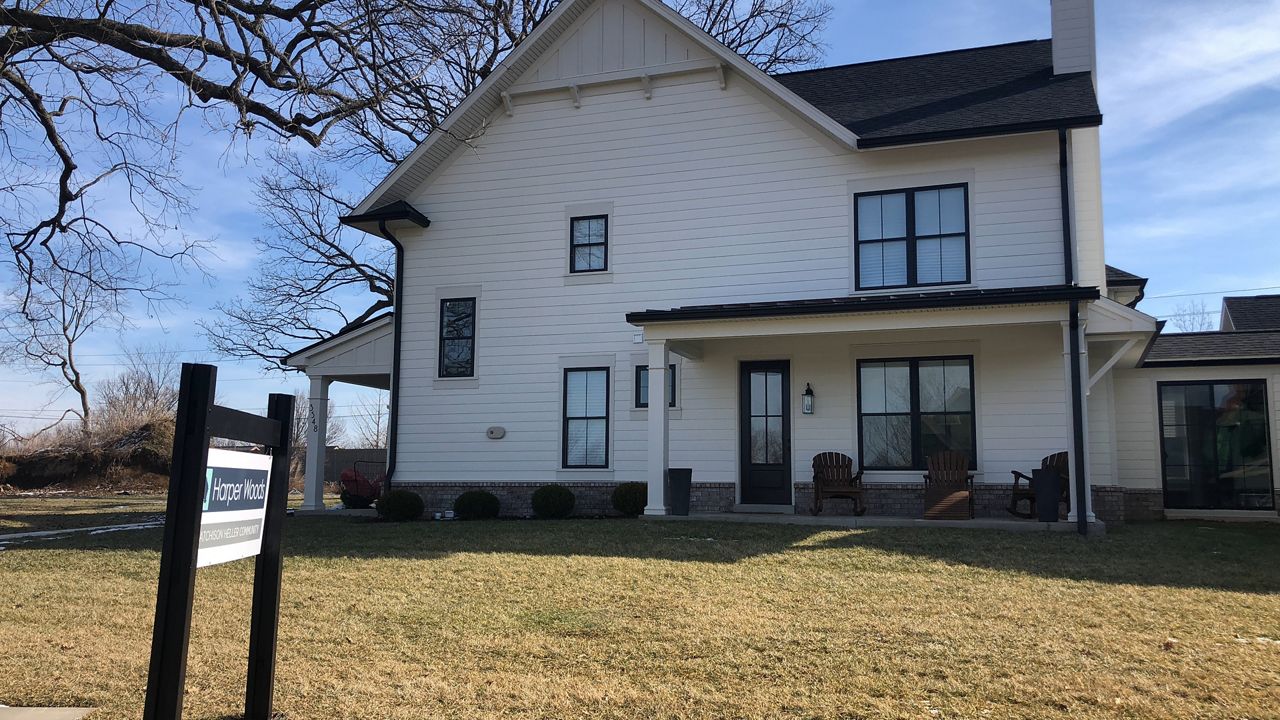 Inman also said inventory problems have persisted, meaning there are more buyers than houses available. Buyers from the east and west coast are showing increased interest in Kentucky.

“There’s been a change in the way with people look at (the) property too,” Inman said.

He said a lot of it has to do with space — something that’s scarce in other parts of the country.

“A lot of people coming from out of state are looking for land. They want five acres or 10 acres or something so they can go out into the country,” Inman added.

The housing market boom is also affecting builders. Construction companies are working to stay ahead of the spiking demand for homes.

Since 1978, John Atchison has built custom homes. Right now, he can list off the homes in his current project.

“This one we’re doing mechanicals in there. They’re roofing, and heating and air conditioning and wiring and that kind of thing,” Atchison said. “But that down here we’re just about finished. We’re really about 30 days away from finishing.”

“By the time we order something and get it out here a lot of times, the price has gone up on it,” Atchison said.

He said almost all the basic components that go into building a house are going up.

“It’s hard to price a house right now. I mean, we know what we spent on the last one, but we don’t know what the price of the next one’s gonna be,” Atchison said. “So it’s hard to really keep up with the price increases that we’re experiencing right now.”

The housing market is hot, and it doesn’t look like it’ll cool down soon.

“It’s amazing how many people are out looking at houses,” Atchison said. “I mean, the market’s really strong. We’re trying to get enough, enough far enough along in the process that we can put a price on it where we know we’re going to make a profit, but it’s hard to do right now.”

It’s a trend that is likely to continue into the rest of the year.

Inman said the prices for durable goods to build homes have gone up by 20%. He said sales are going up, and this means competition will remain strong if you’re looking to buy.

He advises buyers to remain patient.

“What I would tell people is, first of all, engage a realtor and then have them advise you on what to offer on a property because what you don’t want to do is get caught into a spiral I’ve gotta have this house and you pay way more for it than it’s worth,” Inman said. “What I would encourage you to do is to offer what the house is worth. If you don’t get it, go to another house, and eventually you’ll get one.”

Inman also said there’s some good news for homeowners; they could be sitting on equity that hasn’t been seen in over two decades.