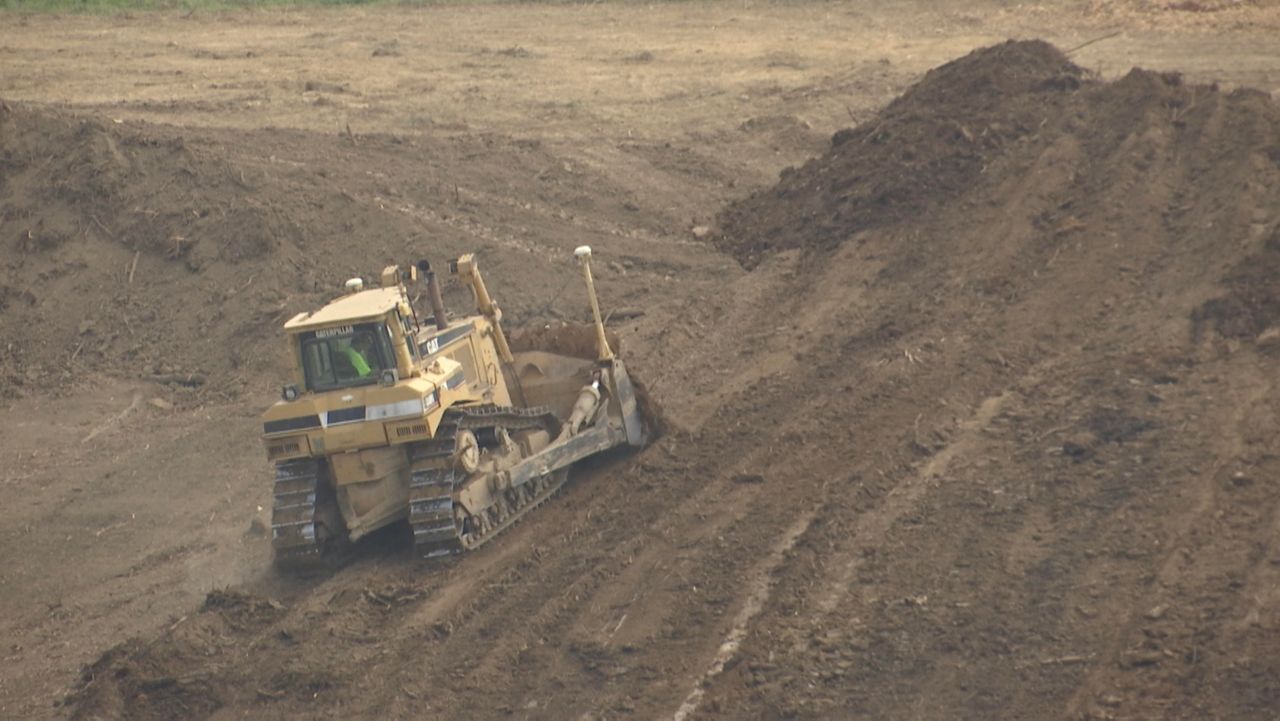 Park 536 will consist of three warehouses and a new roadway, with room to grow. (Spectrum News 1/Sam Knef)

A whole lot of dirt is already in the process of being moved to make way for a 108-acre master-planned industrial park. It’s located on the newly constructed four-lane KY 536 in Independence.

Park 536 will consist of three warehouses and a new roadway, with room to grow. The three buildings will be 580,000 square feet, 306,000 square feet, and 252,000 square feet respectively.  VanTrust, the developer, will start site and infrastructure work this summer and will go vertical with two buildings in the spring of 2022.

“Our goal is to get users that are high quality employers, that are gonna pay a really good wage, and labor is super competitive in all sectors right now. So we want to bring a higher end building, so it attracts a higher end company, which hopefully in turn brings really strong wages and labor to the area,” Rasey said.

VanTrust is no stranger to Northern Kentucky.

This project will be the company’s sixth development in the area.

It recently built some buildings near Cinccinati/Northern Kentucky International Airport (CVG), which Park 536 will be just five miles away from.

There, Amazon also just opened its new air hub, another project that promises to create thousands of new jobs.

“Whether the companies work with Amazon at the hub, or you know, they service some of the companies that do the shipping through the hub. We’re happy to kind of build off that momentum and activity. It’s all good for the area,” he said.

According to the company’s release, “VanTrust worked closely with the City of Independence to prepare this site for development as a result of the infrastructure investments being made by Kenton County, the State, and the City. VanTrust will also begin work on a three-lane public roadway from a new roundabout on KY Route 536 into the park. The road-widening for KY 536 is part of the Kentucky Transportation Cabinet’s KY 536 project, which is being largely funded by a federal BUILD grant aimed at improving access and enhancing future industrial use in the region by expanding the roadway to four lanes.”

The buildings are scheduled to be done by 2023.

The project architect is Red Architect, while Pepper Construction will serve as general contractor. Viox and Viox is the civil engineer for the development.