The event has been held every year since 2016 to honor their former teammate and Olympian Tyson Gay’s daughter Trinity, who was killed by a stray bullet in 2016.


Lexington athletes braved the heat for a day of shot put, hurdles, long jump and races at Frederick Douglas High School. For athletes participating in this meet, it served a special purpose.

“It makes all these kids feel better about themselves. We try to keep the memory of Trinity alive by running this meeting every year,” said Blazin' Cats Assistant Coach Jewel Duncan.

The fourth annual Trinity Gay Memorial Classic is held in memory of former Lexington Blazin’ Cats athlete Trinity Gay who was killed by a stray bullet during an exchange of gunfire in Lexington in 2016. 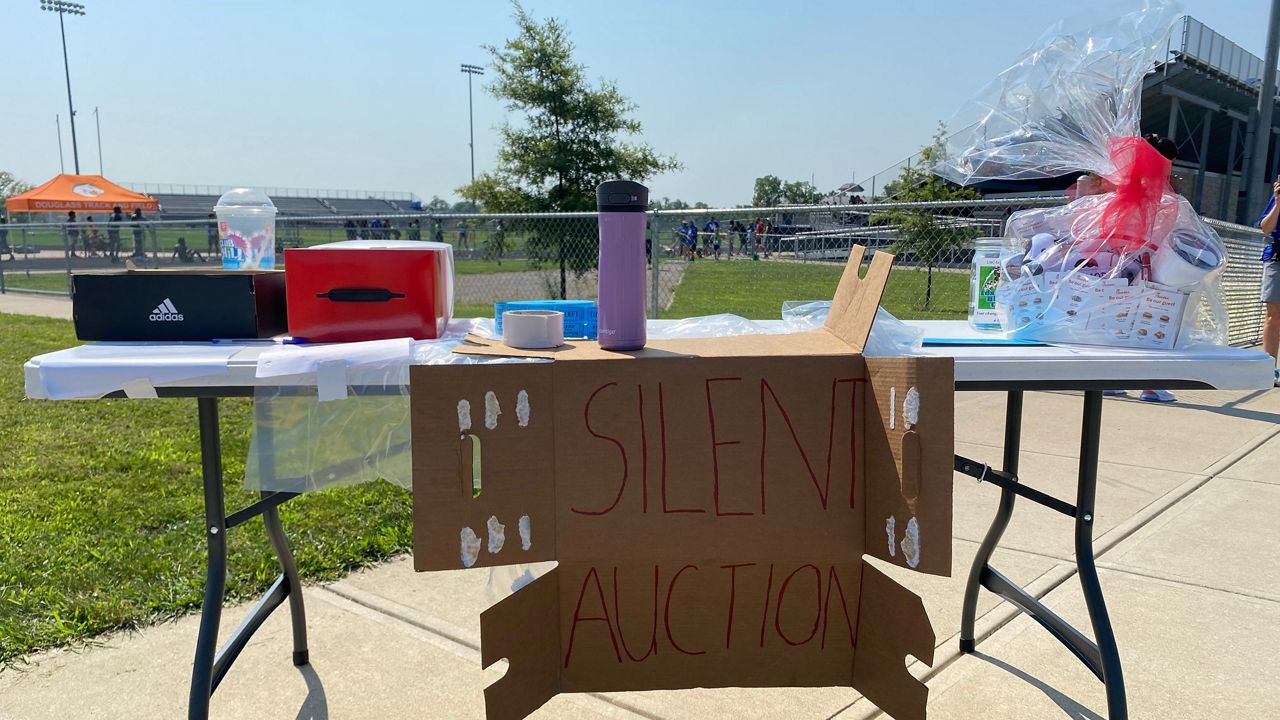 The Classic also held a silent auction, auctioning off Olympian Tyson Gay’s shoes. This effort for athletes locally to continue to compete at the Junior Olympics in Texas this year and every year.

It is the Cats biggest goal to make sure Gay is being honored the right way, and that means it is about more than just winning.

“Really that is what running for Trinity is about and that is why I like to win. I would imagine that she is there and I am running for her,” said Jayden Channer, an athlete with the Blazin' Cats.

Channer added that the meet meant more than just winning.

“So when I am actually competing, obviously I always want to win. I just think it is really nice being able to compete and having that opportunity,” Channer said.

It's an opportunity that was taken from Gay too soon. Now it is about honoring her legacy through meets like this.

Gay’s former teammates know that if she were there competing alongside them, she would want one thing.