LOUISVILLE, Ky. — Under the dark of night, while Americans waited for the FDA to approve a coronavirus vaccine, supplies had already begun traveling around the country to arm medical teams in advance of the doses.

Louisville is playing a key role in moving these crucial supplies.

The city's airport is home to the UPS Worldport, the company's largest air shipping center. Press was not allowed inside the building, but spokesman Jim Mayer shared a video, purportedly filmed on Wednesday night, of workers moving 1,000 boxes from trucks and loading them on 130 flights throughout the evening, destined for hospitals and clinics throughout the country.

Those boxes contained vaccine kits, but no vaccine. The kits, consisting of syringes, masks, sanitizer, and a diluting agent, are the first in a three-step process. Next will come doses of a vaccine, once approved by the Food and Drug Administration. Finally, one day after vials of the desperately needed vaccine reach their destination, dry ice will be sent to healthcare providers who cannot themselves refrigerate the vaccine at the subzero temperatures required. UPS has begun its own dry ice production line, pumping out 24,000 pounds a day, Mayer said. 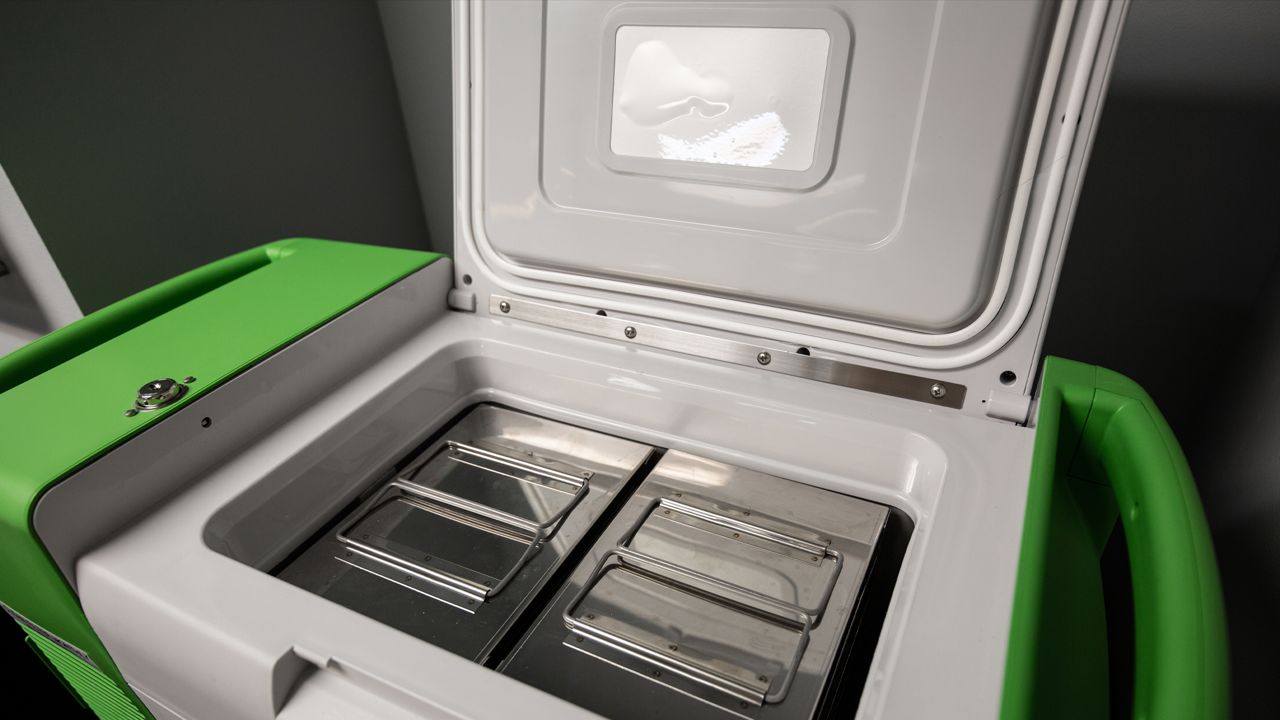 At a press conference Thursday afternoon outside the Worldport, he called it a significant day.

"The preparation for this has been intense," he said as planes took off behind him. "We have been at this for months - planning; putting the right people, the right technology in place. At this point, UPS is 100% ready to go. When the FDA issues its emergency authorization for the vaccine, it’s gonna hit our network and we’re gonna start delivering immediately."

Mayer refused to name the specific pharmaceutical company with which UPS is working. Instead, he hinted, "We all know the vaccines that are close to being approved." Pfizer's version was recommended for emergency use Thursday.

Once the green light is given, Kentucky is expected to receive an initial 38,000 doses of a vaccine. Those doses are planned for health care providers and nursing home residents and staff, before prioritizing EMS workers and educators.