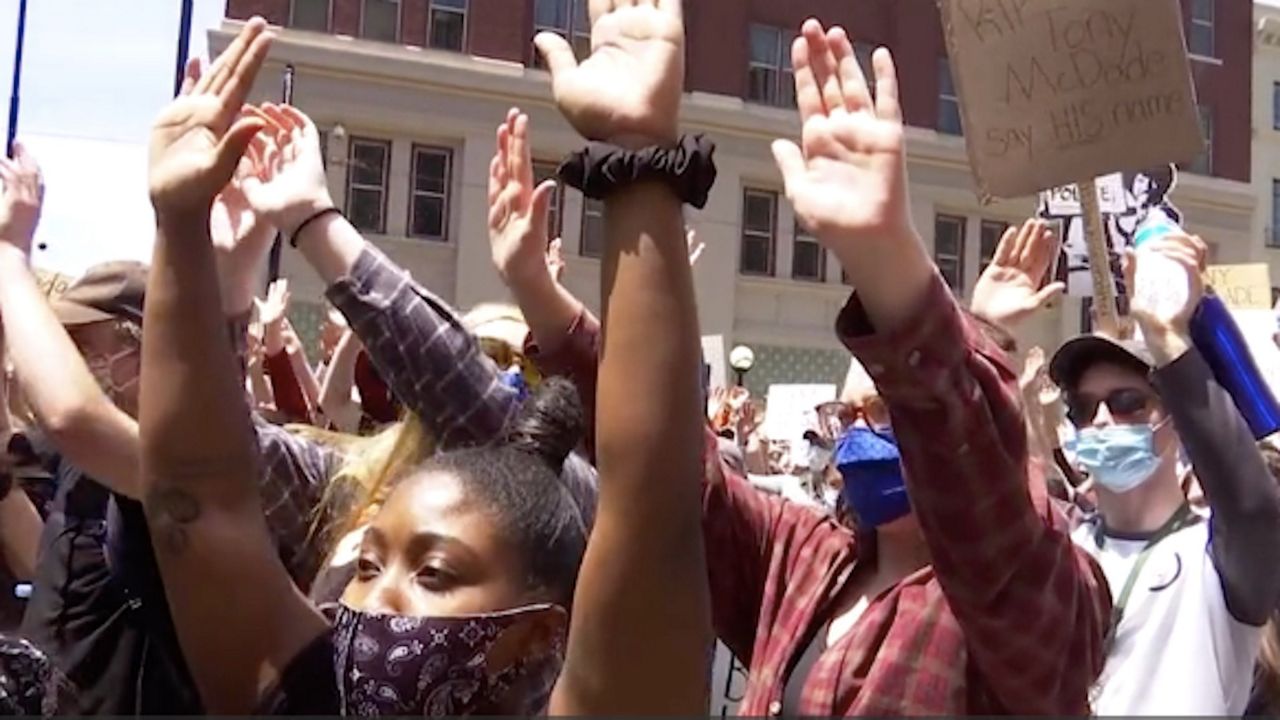 CINCINNATI, Ohio — The protests sparked by George Floyd’s death shine a particularly bright spotlight on Cincinnati and its long history of community/police tension. 20 years ago that tension led to the founding of the Cincinnati Black United Front, and after two decades, the group says its work is not done.

Roley and other community leaders started the Black United Front in 2000 as the community grappled with the deaths of more than a dozen black men while in police custody over five years.

The Front joined local civil liberties attorney Al Gerhardstein and the ACLU to sue the city and the Fraternal Order of Police, alleging systemic racial profiling going back decades.

Gerhardstein explains the history of his work.

“We went to the city and the FOP and we said here’s your choice: we either litigate as we would normally and get an injunction, or we start talking right away and find a way to bring all the stakeholders on policing into the room and come up with a way to solve these problems so that they’re really permanently resolved.”

But before the parties found resolution, Cincinnati police shot and killed Timothy Thomas, an unarmed African American teenager wanted for repeated violations of driving without a license and not wearing a seatbelt.

In 2002, a federal district court established the city’s collaborative agreement with the Black United Front and ACLU. The agreement set standards for an independent board to hear citizen complaints, establish police problem solving approaches, and provide for data collection on police action.

Today, the Cincinnati police openly display its endorsement of the agreement and its reforms.

But the recent protests in Cincinnati suggest work remains.

According to Gerhardstein, “We still have more arrests than we should have. Arrests have been cut by 50 percent since the time when the collaborative was negotiated. But within the arrests that are still being done, we have a 67 percent rate of arresting black people, which is way beyond the number of Black people in the city.”

Roley and Gerhardstein took to city hall Thursday to demand an increase in staffing for the citizen complaint authority.

And for Roley, twenty years of work is not enough.

This lack of respect may be no more apparent than in Over-the-Rhine’s transformation into a refurbished place for new business and high-end rentals. But this process, called gentrification, makes it too expensive for the neighborhood’s original residents to stay.

“It’s another system doing something to kill people. So you push them out, you push them away. People come home, people are looking for their loved ones. People want to have a sense of belonging, a sense of owning,” said Roley.

Finding owning and belonging for local residents is what the Black United Front hopes to do over its next 20 years.