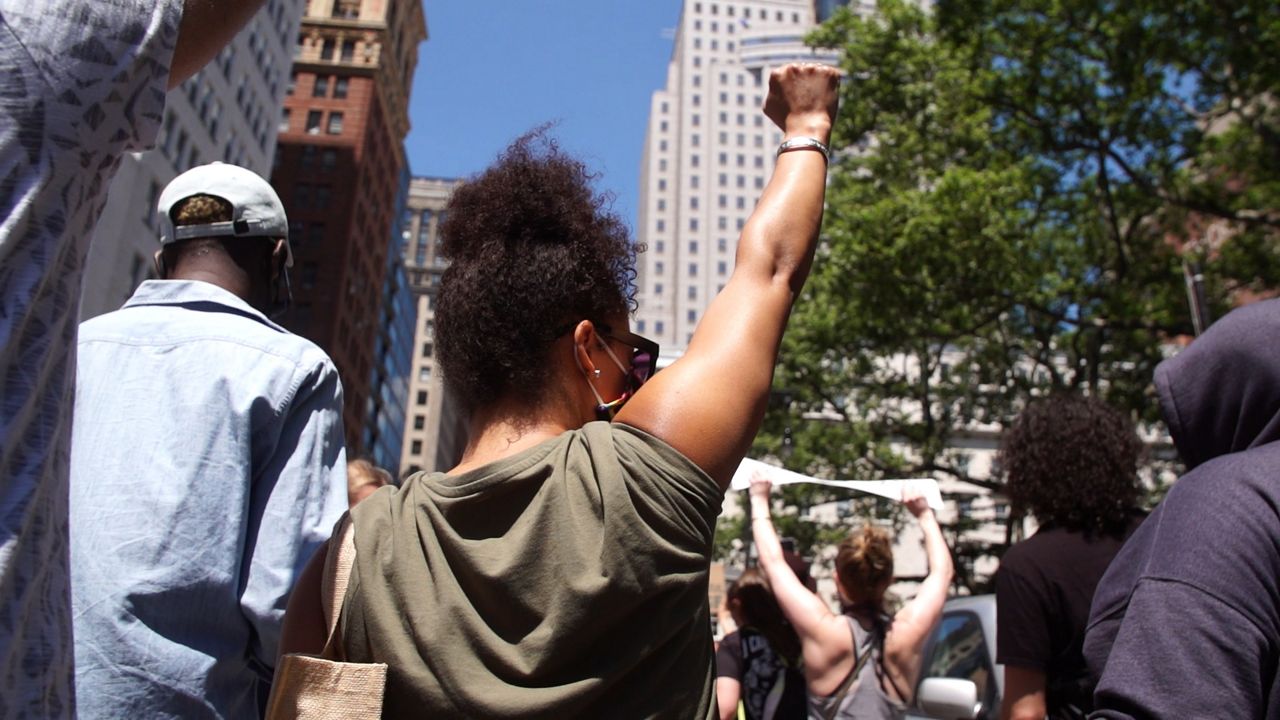 2020: Caring for the Mental Health of Black Americans

This story is the third installment of a three-part Exploring Your Health series delving into the mental health impact of the pandemic and social unrest on families and communities across the country. For the full series click the links below.

Fabienne Richards and her husband Zane are newly married, both are essential workers.

And this spring, during the height of the pandemic in New York City, she lost six loved ones to coronavirus. 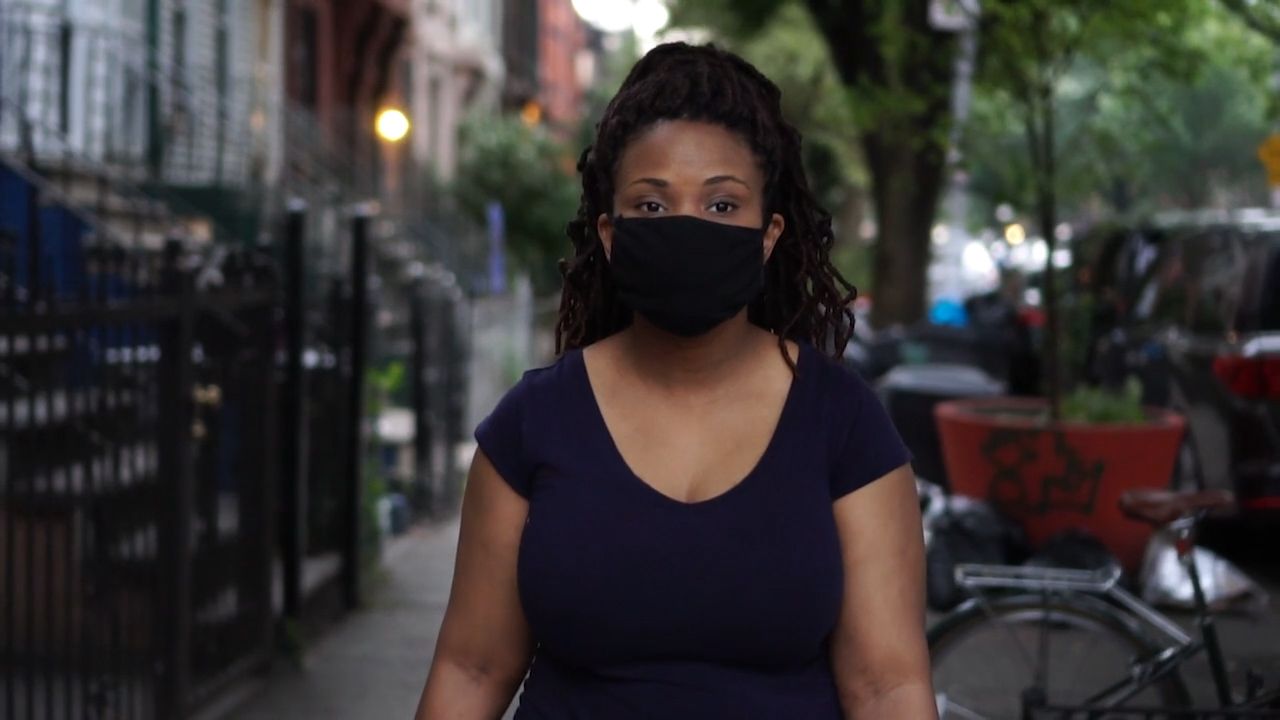 “In one week I lost an uncle, an aunt and a grandmother,” said Richards.

A couple weeks later her cousin died of COVID-19, and then she lost two close family friends. “It was like reliving the same nightmare over and over and over again,” said Richards.

Richards is not alone. Many families are reeling from the devastating impact of the coronavirus.

As deaths rose, it became very clear that Black and brown communities were dealt a disproportionate share of the pandemic’s carnage. Health advocate and pediatrician Dr. Rhea Boyd says COVID-19 laid bare to the world, the reality of persistent health disparities.

“The forces that already existed to create such great racial inequality in this country have led to extreme racial health inequities and those preexisted before COVID even started. And they're part of what made communities like African-Americans, Latin and indigenous populations more vulnerable to COVID-19. I mean, that's why folks are losing multiple people in their families or multiple people in their social networks,” said Boyd.

The coronavirus has left many to grieve alone – robbing families of traditional ways to cope.

Dr. Michael Lindsey is the executive director of the NYU McSilver Institute for Poverty Policy and Research. In the wake of coronavirus, he estimates as many as two-thirds of Black Americans are suffering.

“When you talk about the Black community in terms of the majority of individuals who are essential workers or are struggling with matters of poverty or food insecurity, housing instability,” said Lindsey. “The impact has been incredibly intense for Black Americans in terms of their mental health.”

Richards says she simply shut down. She even made the difficult decision to quit her job with the City's Administration for Children’s Services.

“I couldn't control emotions at times. I find myself crying throughout numerous times of the day,” said Richards. “I just didn't have the energy to talk or speak or anything.”

Her husband reached out to Rasool Berry, who helped connect her to a therapist. Berry is their pastor at the Bridge Church in Brooklyn.

“I grew up in a Caribbean household and [if] you feel sad you pray,” said Richards. She says therapy taught it's OK not to be OK. “It's OK not to just turn to prayer.”

Berry himself was new to therapy, he started just last year. “I'm a big proponent. Pretty much we probably should all have therapy if we can,” he said.

The sessions turned out to be well-timed. With their church moving to remote services, Berry says he found himself online more. It’s how he stumbled across the video of George Floyd’s arrest, moments after it was posted. 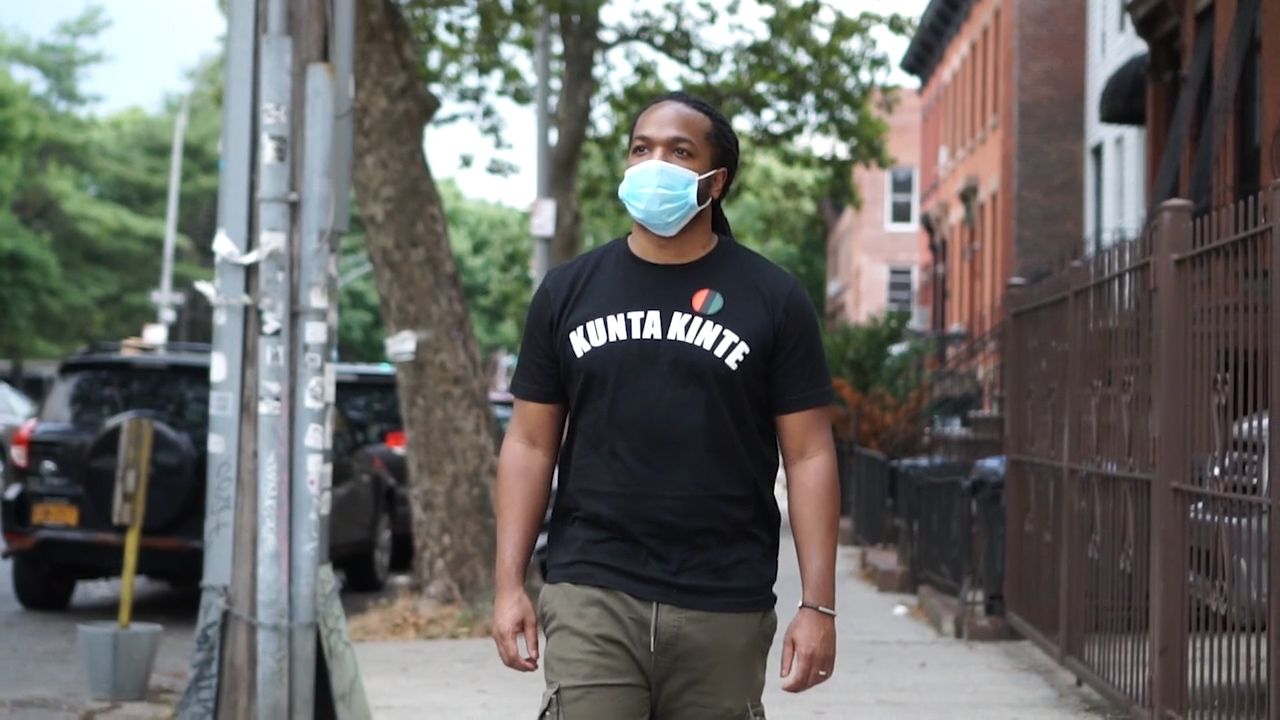 “That was unexpected because we're in the midst of this global pandemic. We got enough to deal with now. But with the George Floyd situation, I was more traumatized by that moment,” said Berry. “I didn't think I was going to be watching a murder.”

“Unfortunately, it’s a perfect storm of police brutality and COVID. When Black Americans see George Floyd and the public sort of lynching of him right before our eyes, it reminds us of how fragile our lives are in that George Floyd could have been one of us,” said Lindsey. “So we see an immediate impact and have a visceral reaction to that trauma.” 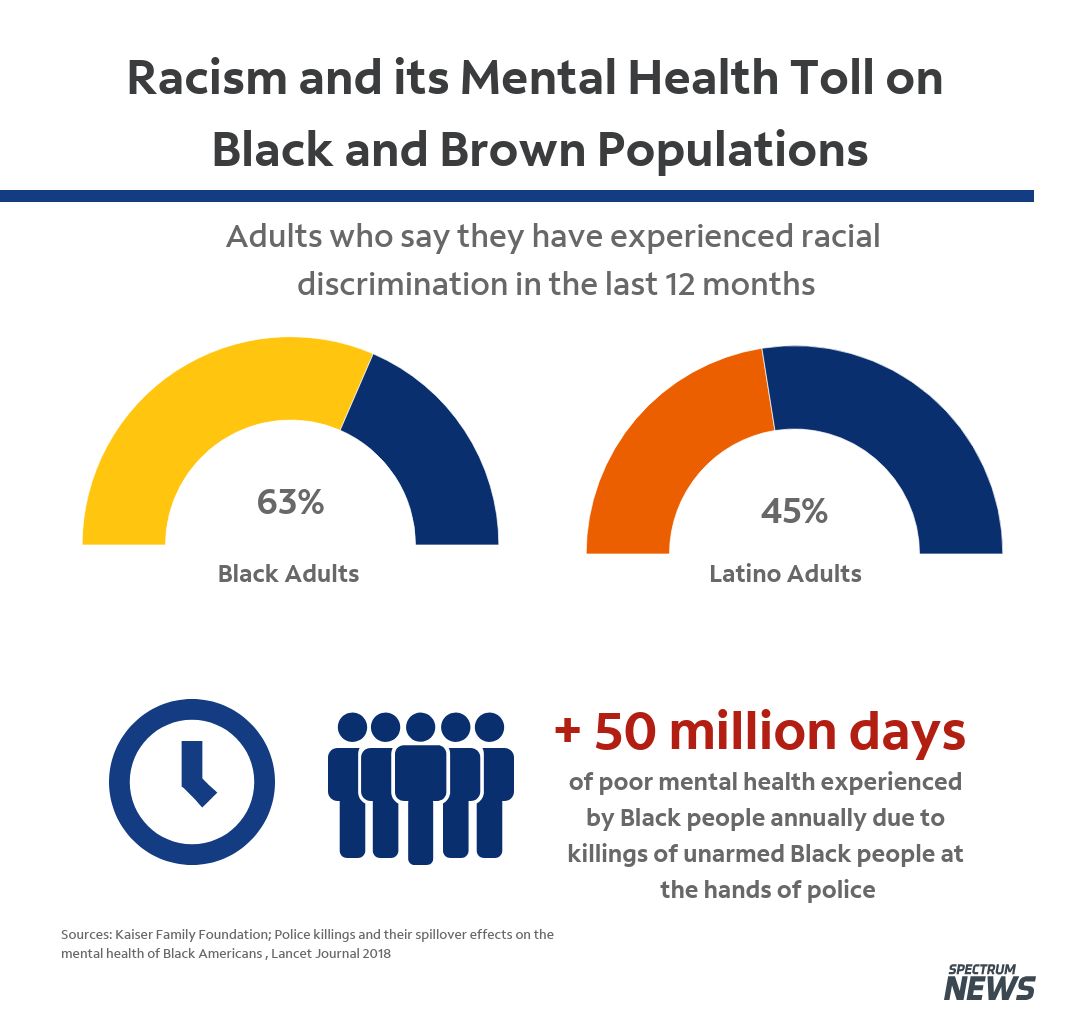 It seems many in the country are now trying to process the impact racism has had on our lives.

According to a recent Kaiser Family Foundation poll, 63 percent of Black adults and 45 percent of Hispanic adults say they’ve experienced racial discrimination in the last 12 months.

A 2018 study published in the Lancet found Black Americans experience an estimated 50 million additional days of poor mental health annually, because of the numerous killings of unarmed Black people at the hands of police. Experts say these tragedies fuel a condition called racial trauma.

“Trauma is associated with a sense of having to be hyper vigilant or fearful of your surroundings or your outcomes based on something that you've experienced, or there's secondary trauma in that you've seen it or heard about it or witnessed it,” said Lindsey. “Then it sort of makes you feel like it's inevitable it might happen to you.”

Berry says that’s what happened when he heard of Ahmaud Arbery’s murder. “I remember thinking, I like to run. I ran cross-country, you know, that could have been me,” said Berry. “The awareness of danger in just doing regular things. Right? Living while Black.”

Richards too, struggled with the dueling crises, especially as protests erupted in her community.

“Every time my husband would leave the house, you know, I was already worried about COVID, like now do I have to worry about law enforcement stopping him?”

Mental health experts say the protests are a natural response, a way for people to take action and cope with the pain and suffering being experienced. Berry was one of several pastors leading protests, part of the #PrayMarchAct movement. He says for him personally, it was also therapy.

“There is a sense of a shared aspect of suffering that we all experience, which is why protest is not just to make a statement,” said Berry. “It is also cathartic. It is also a process of healing. I'm not alone.”

At a time of such extreme crises Lindsey says beyond protesting, people of color need greater access to mental health care at low or no cost.

“The expenditure of resources to address the mental health issues are incredibly important, because if they're not addressed, then what we're likely to see is increased rates of suicides, substance use or overdose deaths related to mental health,” said Lindsey.

As states consider reopening schools, he says children and teens in particular need greater access to counselors. “Black kids are more likely to attend schools that do not have mental health professionals available for them,” said Lindsey. “All of these issues are going to have an impact on their academic and social well-being as they return to school.” 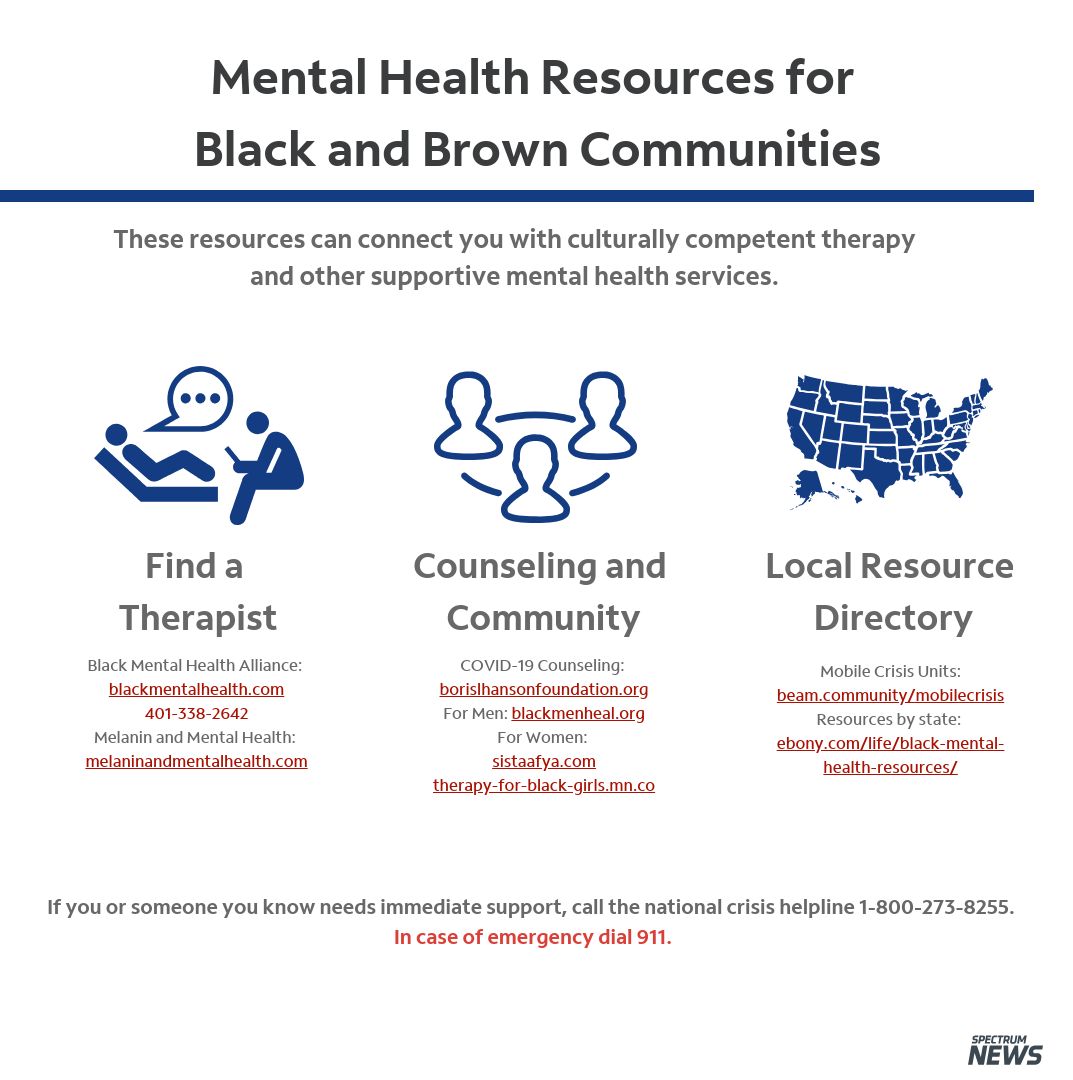 Lindsey’s work has focused on rising suicide rates and depression among Black children.  He’s found that one thing families can do right away, is intentionally engage one another on how the pandemic and social unrest is impacting their emotional states.

“I completed a study some years ago that focused on black kids with depression, and they said that they oftentimes wanted someone in their family to pull out of them what was going on,” said Lindsey. “They actually wanted a loved one, a friend or family member to actually engage them.”

Finding time to connect that way can be hard for working parents, which is why Boyd is calling for a radical approach to addressing systemic inequity; training and paying parents or other family members to actually care for loved ones who need services.

“If parents are really struggling to provide for the social needs of the family and the economic needs of the family, then why doesn't health insurance pay parents to be present so that they don't have to be at work all the time?” said Boyd. “It could be for respite, even for parents who just need a break from work so that when they are home, they're rested and able to engage with their kids. Same for peer supports.”

Richards said therapy sessions and praying with friends has helped her turn a corner. “It made me feel like I wasn't alone. [That] the feelings that I was feeling just made sense.”

If there’s one thing the pandemic has shown us Boyd said, it is that change can happen and must. “We changed how we pay for health care. We change how we deliver health care. We even changed the scope of practice rules. Don't ever say to me that racism is low hanging fruit. We changed overnight for COVID and now we're going to change overnight because of racism. And it's a long time coming.”