There are only two and a half weeks left of meteorological fall, and we're starting to get an idea of where this season will rank against other autumns in the past.

So far, this fall has had quite a few ups and downs when it comes to temperatures in the Commonwealth. We also had a fair share of rainy days.

If you were wondering, this is very typical for the period between Sept. 1 and Nov. 30, when the jet stream strengthens and a more active pattern begins.

When comparing this meteorological fall to previous years, going back to the 1800s, we find that it has been a warmer than average autumn, as well as a pretty wet fall up to this point. 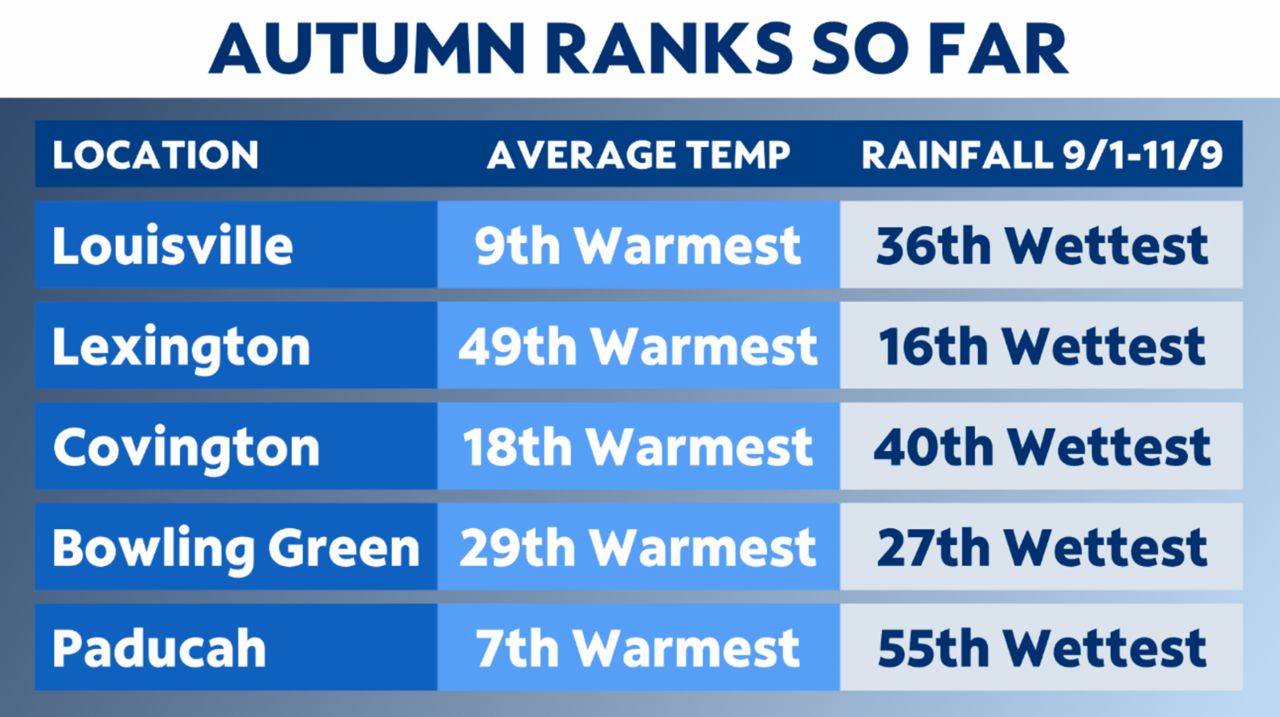 What lies ahead for the rest of November and the remainder of meteorological fall is likely more of the same.

However, we expect the spikes of very mild temperatures to remain at bay.

The Climate Prediction Center forecasts near-normal temperatures through the 25th of the month. However, we could also see a wetter pattern with slightly above-normal precipitation.