Our Oceans are Absorbing Heat at an Alarming Rate

At the end of 2019, scientists found that the oceans absorbed a record amount of heat for that calendar year. That was soon replaced by 2020, which now holds the record.

In the past year, research showed that the world's oceans absorbed 20 zettajoules of energy. I know what you're thinking. What in the world is a zettajoule?

That's a lot of heat absorbed and stored in our oceans! All that heat changes our global weather patterns, adjusting the climate for much of the planet. It also fuels storms, making them larger and stronger.

The alarming part of all this is the trend. We don't have a lot of reliable ocean temperature data from long ago. But of the reliable and accurate data we do have, there is a clear and sharp increase in the average ocean temperature, year after year. 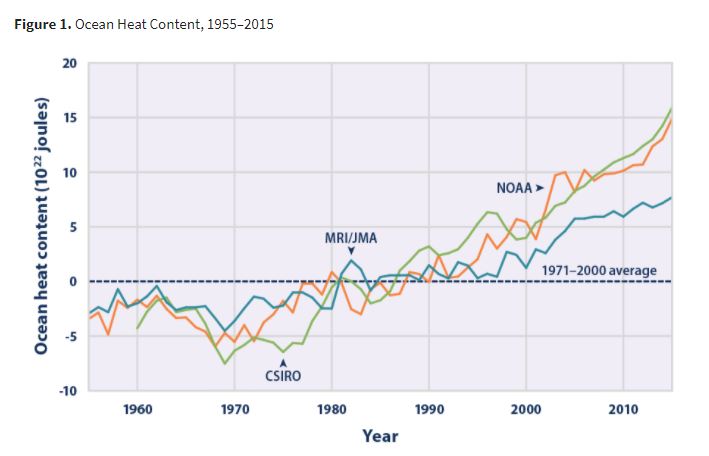 The connection between the weather and the warming oceans is pretty simple. As the oceans and land trend warmer, water easily evaporates and enters the atmosphere. This leads to more rain for some.

Meanwhile, in other parts of the world, the adjusted weather patterns can result in drier-than-normal weather. The result is more flooding for some and devastating droughts for others.

It's important to remember that water covers nearly 70% of our planet. Taking temperature measurements across the world shows a clear picture that Earth is warming steadily and has been for several decades.

With over 70% of the surface being water, and because of the way water absorbs heat, there lies a potential for a long-lasting impact, even as we try to cut down our emissions and reverse course.