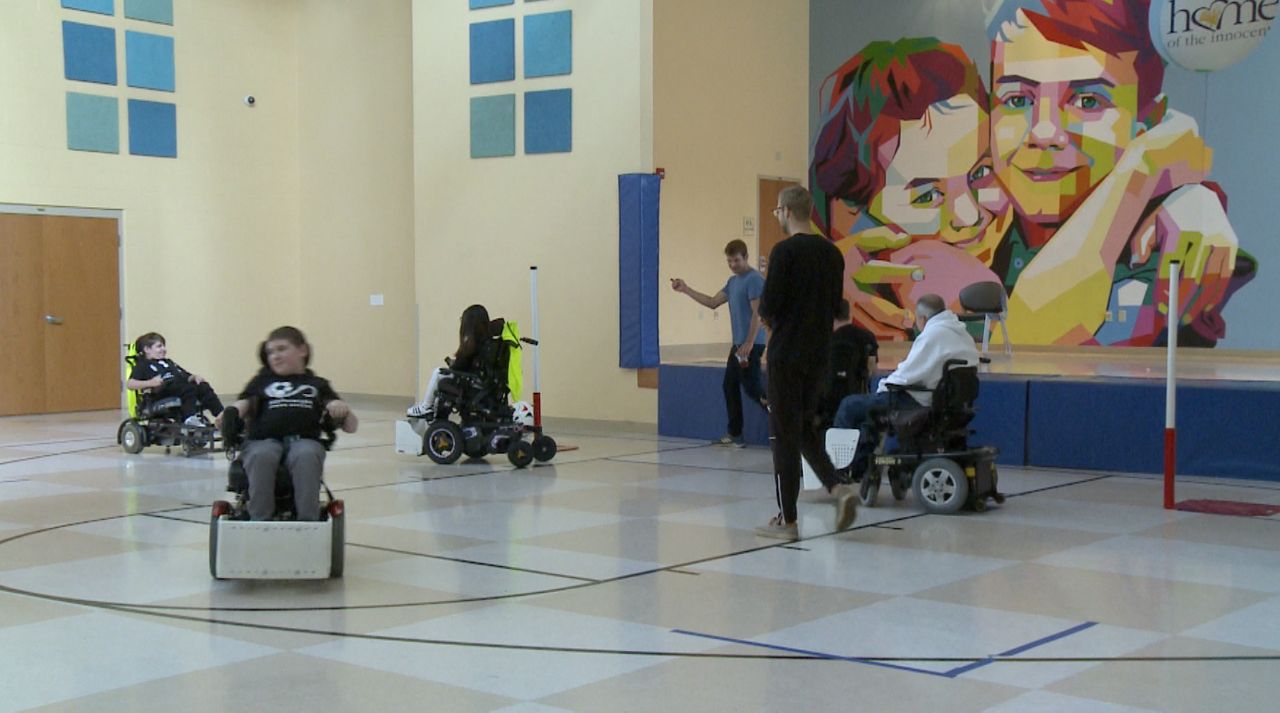 A Louisville soccer team is changing the game, showing that a goal is a goal no matter how you get there.

Cosmo Rudd played on a power wheelchair soccer team in California. When his family moved to Louisville, he realized there was no team in there.

“I definitely missed it,” Rudd said.

His mother, Patricia Rudd, decided to change that last fall. They started a power soccer team with six players. They have since added two new players and are welcoming more.

“People in power wheelchairs, they can’t really play sports. This is the only sport we can play. I thought it would be cool to be part of a team because I’ve never been part of a sports team,” player Gabrielle Runyon said.

“We’re one of the first, that we know of, power soccer teams that joined with a regular soccer team. We hope it can actually add a lot to the sport in general,” Rudd said.

The team is going to work with Louisville City FC toward a fundraising goal of $70,000 for new chairs that are specifically designed for power soccer.