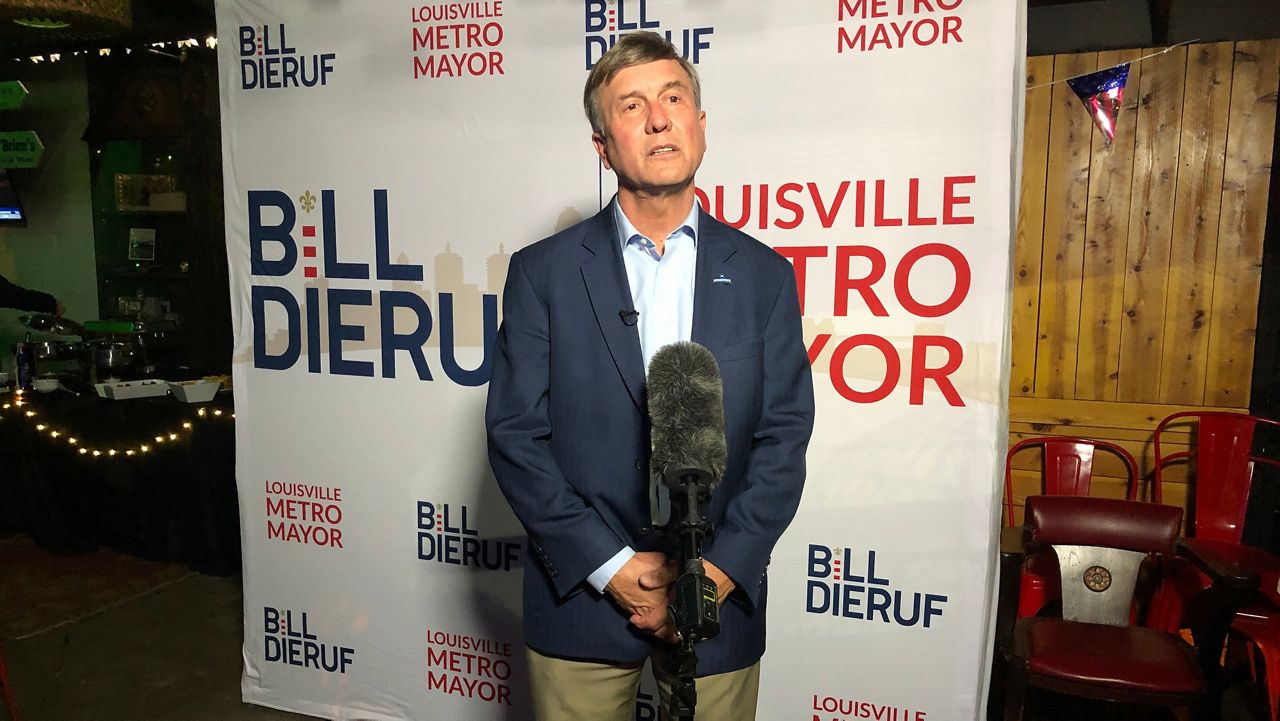 LOUISVILLE, Ky — The city of Louisville hasn’t had a Republican mayor since 1969. Bill Dieruf hopes to change that.

The long-time hardware store owner became mayor of Jeffersontown in 2010 and has been re-elected to two terms since. He’s facing Democrat Craig Greenberg in November’s general election.


In an interview at the Spectrum News 1 studios, Dieruf explained what he thinks Louisville needs to do better.

"This city needs to work on their image across the state, across the nation, but also locally. The one thing we did with merger 21 years ago, we merged the police, the Public Works, the parks, but we didn't unite the people," he said. "As the next mayor, I understand how to get all the different areas, whether it's PRP or Portland or Prospect or J’town to work together to move the city forward, because I am a firm believer that we have to stop following other cities and start being the leader that others want to follow.”

Although Dieruf is a Republican, Louisville is a traditionally Democratic city, which can lead to conflict with the GOP-dominated legislature in Frankfort — what some call a “War On Louisville.” Dieruf thinks that claim is overblown.

"When I move into the seat (in) downtown Louisville and start working with the rest of state, everybody sits at the table equal. There is no ‘War On Louisville,' It's us saying that. I can walk in any city and talk to any representative and sit down and we can work this thing out. It's a matter of going to the people with everybody being treated equally and working in Frankfort. I do this all the time. Last session I had five bills that we got through," he said.

In a polarized political climate, it can be hard to get people on the same page, but Dieruf said he’s always encouraged collaboration.

“Louisville Metro council members, the Democrats have actually called out to our city to ask us to help them write ordinances. They understand I will work with all of them for the betterment of our community, and in my campaign itself, after about six meetings, I said tell me who's Democrat and Republican. Half of the people on my campaign team are Democrat and half of them are Republican, because we work together for a common cause of what Louisville should be in the future," he said.

In his closing remarks, he spelled out why he thinks he should be mayor.

“There's two things. One, I am a sitting mayor with 12 years of proven experience. So when we start talking about the way we move Louisville forward, it's not a matter of promising or studies or anything else. We've been doing this. But the other thing is I'm very concerned about the future of our youth, in their safety," he said. "If people ask why are you running for mayor of Louisville, it's for my grandkids. I want my grandkids to grow up, stay here and have their kids here and think this is the community that they'll recommend to anybody across the world to come live because they're so proud of Louisville. And in order to do that, we have all of Louisville safe. We have to make the economy grow. And we have to make the education system the best of the best. So people want to come and live here.”