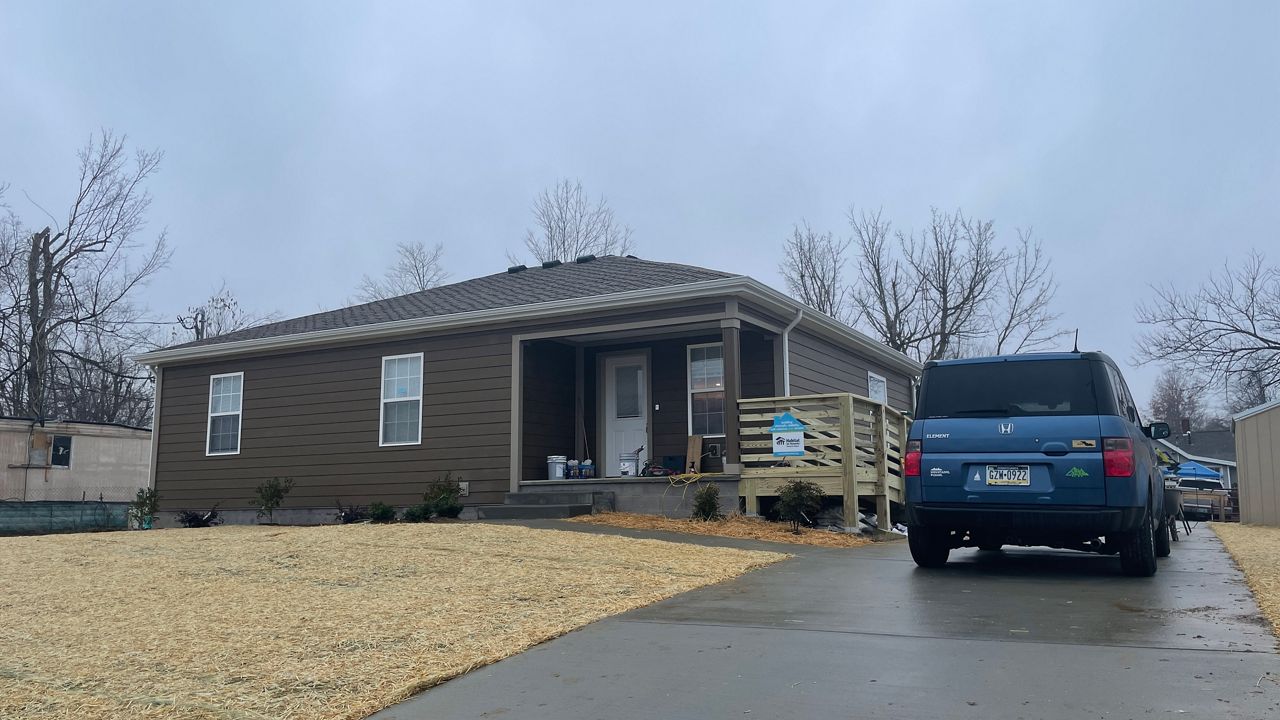 DAWSON SPRINGS, Ky — Brick by brick, board by board. The small town of Dawson Springs is rebuilding a year after one of the worst tornadoes in Kentucky history.

Organizations like Habitat for Humanity started working on new construction as soon as the rubble and debris were cleared.

Days before the one-year anniversary of the twister, they are nearly finished with two homes. One of which will go to Jerry Vandiver. 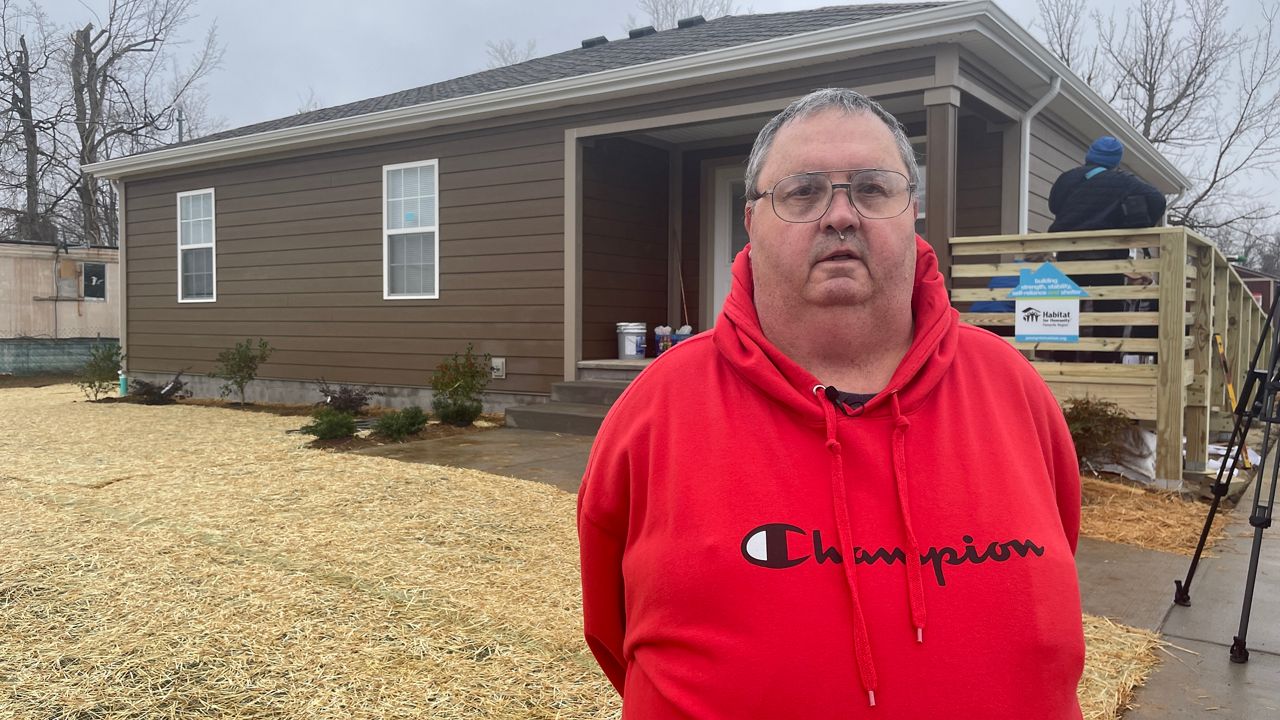 “Oh, it feels wonderful, great. I can’t explain how happy I am,” Vandiver said.

Vandiver was home on the night of Dec. 10. He took cover in the center of his house as the tornado passed overhead.

“And the wind came through the back door, blew all the windows out, and it actually hit me but it was not suction, just the wind,” Vandiver said.

He survived, but the county condemned his house, and it had to be torn down. Vandiver’s been living with family and friends since.

Heath Duncan, the Executive Director for the Habitat For Humanity Pennyrile Region, explains this is a sign of the progress happening in the town of less than 2,500.

Duncan says over 700 homes, basically half of the town, were destroyed. They have nine homes currently under construction and plan to do more than twice that amount in 2023.

Gov. Andy Beshear will visit Vandiver’s home on Saturday, the anniversary of the tornado.

Habitat For Humanity Pennyrile Region has partnered with several organizations to do this work done. This includes Tim and Marcy Sheaffer who run a mission, The Call to Build, which builds homes for people affected by natural disasters.

The Sheaffers stay in a travel trailer about half an hour away and have been working in Dawson Springs for eight months. They’ll leave at the end of the month and return in April to start on the next home.

In the six years they’ve been married, the Sheaffers have lived in nine states.

Tim, a craftsman by trade, can manage volunteers throughout the project.

A role that Duncan says is hard to come by in the disaster recovery and nonprofit world. But it’s one that’s so important to helping people like Jerry Vandiver.

“We’ve had literally thousands of volunteers here all year helping Long Term Recovery and Habitat and that’s great but we need some skilled folks around to help lead those volunteers and show them what to do and that’s one of Tim’s roles,” Duncan said.

It will be a long road toward a full recovery in Dawson Springs. But as you make your way up and down neighborhood streets, you can see examples of what is being done to rebuild.

“I’m very thankful for all the family and friends that let me stay, but you know, I’d had my own place so long that I’m ready to be home again,” Vandiver said.

Fourteen people died in Dawson Springs on the night of Dec. 10, 2021. They debuted a memorial for those lost earlier this year at the Dawson Springs City Park.