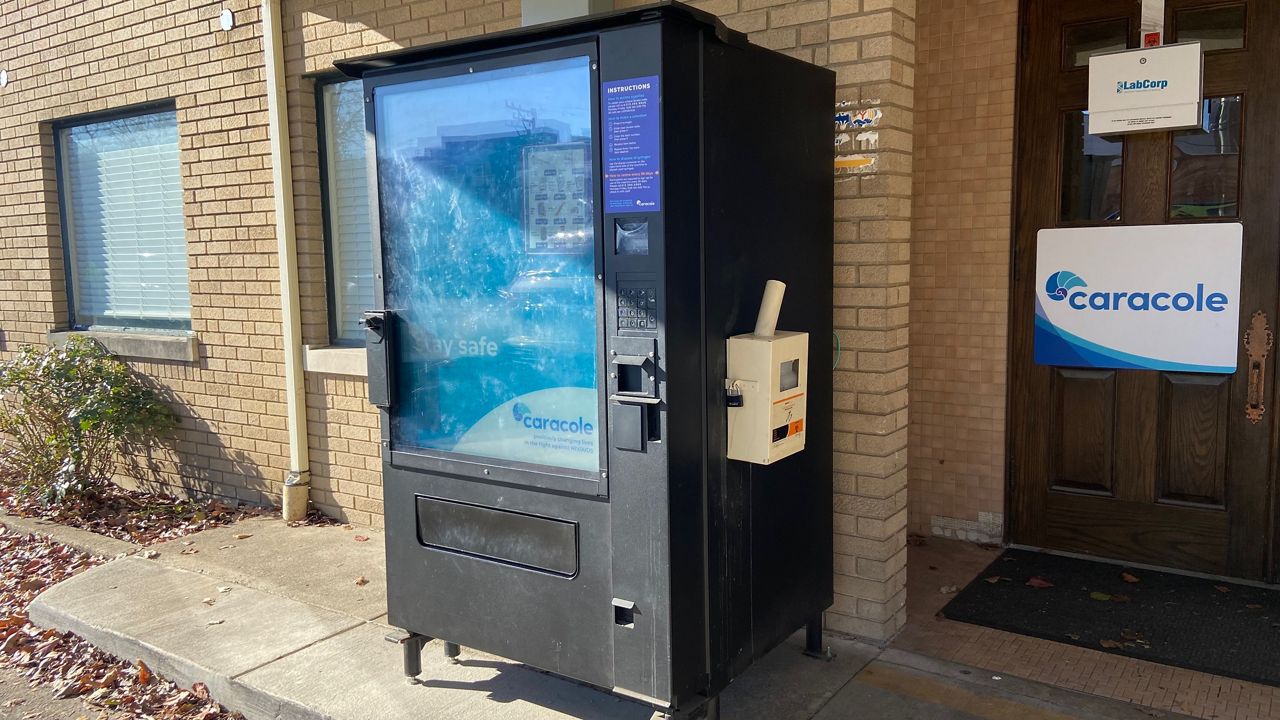 Editor's Note: This story has been corrected to reflect the fact that the vending machine went up earlier in the year in 2021.

The first ever in the region, Caracole’s machine dispenses free medical supplies such as injection kits, fentanyl test strips and the overdose-reversing drug naloxone, which also comes in a nasal spray called Narcan.

If you dial and register for a code, you can access each item once a week for 90 days, said harm reduction service coordinator Jayme Brogan. “When a person re-registers, we will ask them questions about items that they have received from the machine before and that is to collect that data on how much naloxone has been used, how many times has fentanyl been detected with the strips,” she said.

Caracole said over 50 people had registered to use the machine in its first summer. Today, that number is over 800, with nearly 300 re-enrolling after 90 days, according to Caracole.

“It’s been amazing,” said Brogan. “I think it’s been bigger and more beneficial than any of us could have ever imagined.” Since March 2021, Caracole’s numbers show the machine has dispensed over 8,000 two-dose units of naloxone, resulting in 596 reported overdose reversals.

The figure shows the machine is “completely necessary,” said Brogan. “That is almost 600 lives that could have been lost if it weren’t for the naloxone access.”

Since Caracole launched the program, so many organizations around the country have reached out asking how to set up their own machines that the organization has hosted webinars on the process.

In Hardin County, Kentucky, 150 miles south of Caracole, the Vine Grove Police Department recently put up a free vending machine that has dispensed 190 boxes of Narcan in less than two months, according to Chief Kenneth Mattingly. 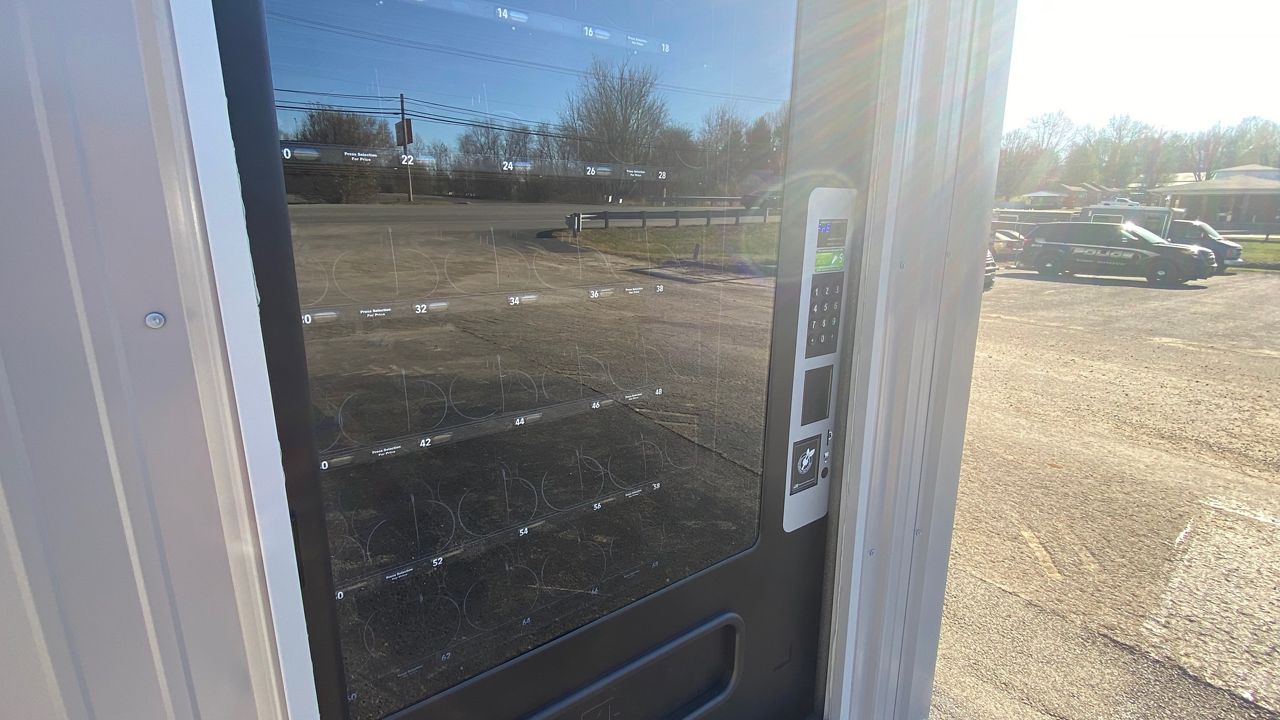 “My goal would be to get a box in everybody’s kitchen cabinet or in their bathroom medicine cabinet in the event that them, someone in their home, family, friends, neighbor, whatever needs it, it would be available to them,” he said.

Mattingly said it is clear there’s a need. A state report showed that nearly 50 people died from an overdose in Hardin County last year.

However, the number of negative comments about the project has surprised him. “It just saves their life,” said Mattingly. “I’m just trying to get them to breathe, to make a conscious choice, either to go to rehab or go get treatment or do this again, but they need to be alive to do that. That’s all this is,”.

The machine, which provides two doses of Narcan in each box, emptied in less than a day after it was first introduced, the chief said.

He said he has restocked it a half a dozen times and planned to do so again when the next shipment of Narcan arrives.

Both of the machines featured in this story also give out information about where someone can find treatment programs and other services.