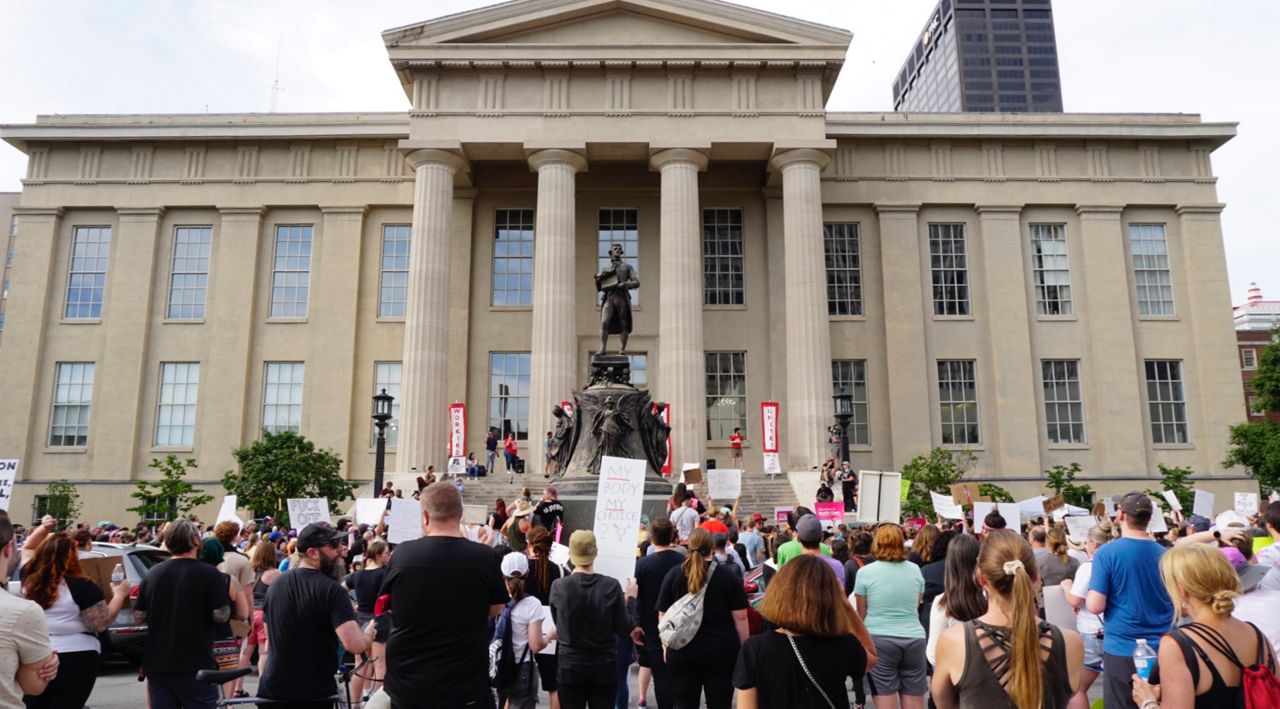 KENTUCKY — Voters in deep-red Kentucky have rejected a ballot measure that would have explicitly excluded any perceived right to abortion from the state constitution.


The outcome of Tuesday's election highlighted what appeared to be a gap between voter sentiment and the expectations of Kentucky's Republican-dominated legislature, which imposed a near-total ban on abortions and put the proposed constitutional amendment on the ballot.

While a significant moral victory for abortion-rights advocates, the amendment's defeat will have no practical impact on the right to an abortion if a sweeping ban on the procedure approved by lawmakers survives a legal challenge presently before the state Supreme Court.

The race was called with 86% of the expected vote counted, when the "no" vote was ahead with 52.6%. With the amendment defeated, legal challenges have stronger standing to defend the constitutionality of abortion access in Kentucky.

The Kentucky Supreme Court kept Kentucky's trigger law and 6-week ban in place while reviewing challenges to their constitutionality, and justices are poised to hear arguments in the coming weeks.

Lawmakers added the proposed amendment to the ballot last year, a move that some thought would drive more conservative voters to the polls. But after the Roe decision, abortion-rights supporters raised nearly $1.5 million to fight it.

Abortion-rights supporters delivered on high hopes after voters in another conservative state, Kansas, voted overwhelmingly to reject a ballot measure that would have let lawmakers ban abortion earlier this year.

Rachel Sweet of Protect Kentucky Access, an abortion-rights coalition, hailed the outcome as a “historic win” against “government overreach” into the personal medical decisions of Kentuckians.

“The people of Kentucky have spoken and their answer is no –- no to extremist politicians banning abortion and making private medical decisions on their behalf,” said Amber Duke, interim executive director for the ACLU of Kentucky.

Kentucky is home to just two abortion clinics — both in Louisville, the state’s largest city. The clinics have challenged the trigger law and 6-week ban currently in place.

Under the state’s current abortion law, there are no exceptions for rape or incest. Republican state Rep. Nancy Tate said the legislature can discuss abortion legislation “any time that it is in session.” That could include bills to expand exceptions to the abortion ban, where disagreement among Republicans would likely surface.

With Amendment 2 voted down, the path to restoring abortion access in Kentucky looks more promising for abortion-rights groups.