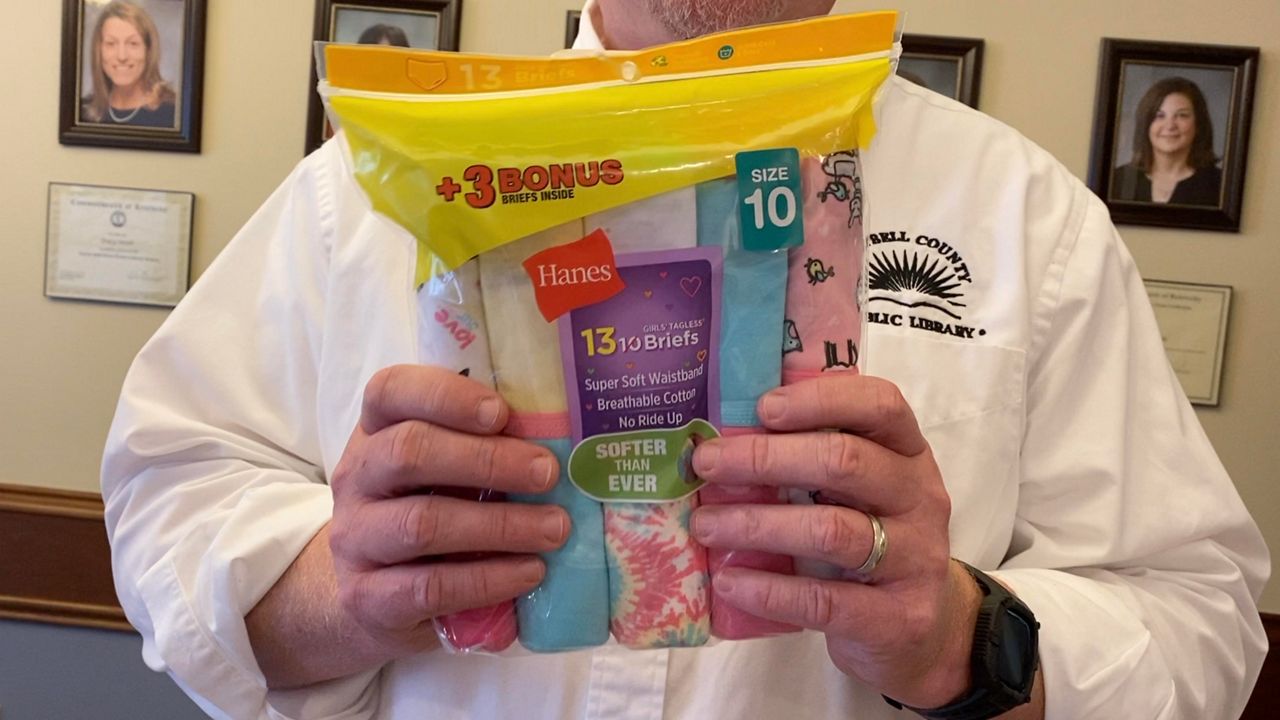 Library director JC Morgan says they will accept all underwear donations during its "Drop your Drawers" campaign, provided they are new and in original packaging. (Spectrum News 1/Sam Knef)

COLD SPRING, Ky. — A library system in northern Kentucky is attempting to collect thousands of pairs of underwear to help kids in need this holiday season.


Everyone knows there are rules at the library, like keeping one’s voice down, and returning one’s books on time. Not leaving underwear at the library hopefully goes without saying.

But JC Morgan, the director of the Campbell County Public Library system, said that’s a rule thousands of people have broken in recent years, and he hopes they continue to do so in the coming months.

It’s been an annual campaign since 2015. Morgan said the library has exceeded its goal in collecting underwear for Campbell County schools every year since.

The idea came about from a conversation Morgan had with someone who runs a family resource center in Campbell County. Morgan said she wanted the library to collect coats for kids in at-risk families, to help them stay in learning environments. Morgan thought coats would be too bulky for the library to collect, but he got another idea at a training seminar.

“The lady at that training seminar talked about underwear being a barrier for some kids. Because if you’re in a house where a roof over your head or food on the table is a problem, then underwear is not one of your biggest problems. So I thought why don’t we collect underwear,” Morgan said.

According to the library, schools give out one hundred pairs of underwear and socks or more every month to kids in need. The collected underwear will go to those students, but also to their families, and to kids who might have an accident, or even just forget to wear underwear.

The goal is to collect at least 7,000 pairs during the months of November and December. Last year was the library’s biggest collection yet at over 15,000 pairs.

That pride is something Morgan has a lot of, along with a growing pile of underwear.

“The library is truly a cradle to grave resource for the community,” he said.

Other libraries have adapted this model across the country. All the underwear schools don’t take will be donated to the Brighton Center in northern Kentucky.