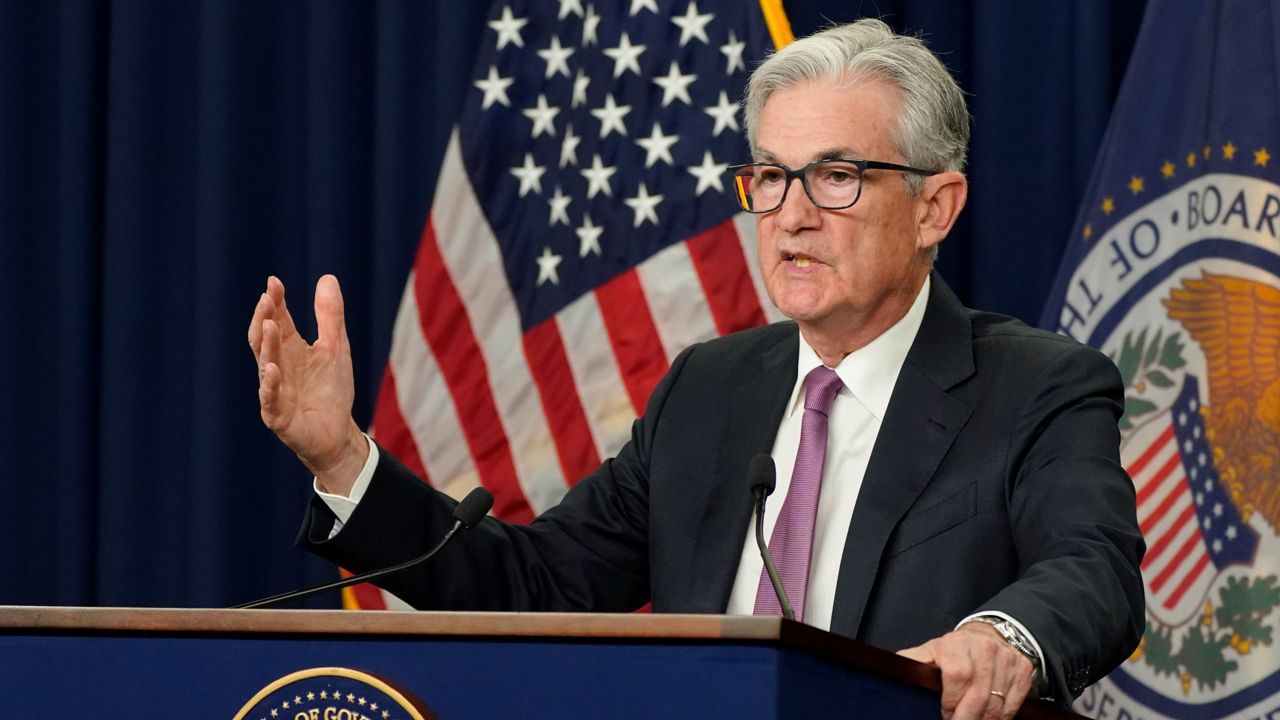 The Federal Reserve on Wednesday announced a three-quarter-point hike in its key benchmark interest rate — its fourth straight increase, and the sixth this year — in an effort to combat high inflation

But the Fed hinted that it could soon reduce the size of its rate hikes, which could come as a relief for many businesses and consumers.

The Fed’s move raised its key short-term rate to a range of 3.75% to 4%, its highest level in 15 years. The Fed's streak of rate hikes has made mortgages and other consumer and business loans increasingly expensive and heightened the risk of a recession.

But in a statement after its latest policy meeting, the Fed suggested that it might soon shift to a more deliberate pace of rate increases. It said that in coming months it would consider the cumulative impact of its large rate hikes on the economy. It noted that its rate hikes take time to fully affect growth and inflation.

Those words indicated that the Fed's policymakers may think borrowing costs are getting high enough to possibly slow the economy and reduce inflation. If so, that would suggest that they may not need to raise rates as quickly as they have been doing.

For now, though, the persistence of inflated prices and higher borrowing costs is pressuring American households and has undercut the ability of Democrats to campaign on the health of the job market as they try to keep control of Congress. Republican candidates have hammered Democrats on the punishing impact of inflation in the run-up to the midterm elections that will end Tuesday.

Speaking at a news conference, Chair Jerome Powell avoided sending any clear signal of whether the Fed’s next expected rate hike in December might be only a half-point rather than three-quarters. He sought to emphasize that the central bank would keep raising rates in the coming months, possibly to a higher level than it had forecast in September.

“We still have some ways to go,” Powell said. “And incoming data since our last meeting suggests” that the policymakers might have to raise rates higher than they previously thought.

The Fed chair pointedly stressed that it would be “very premature” to think about halting the rate hikes to allow time to see how well they are working. Inflation pressures, he said, remain far too high.

Typically, the Fed raises rates in quarter-point increments. But after having miscalculated in downplaying inflation last year as likely transitory, Powell has led the Fed to raise rates aggressively to try to slow borrowing and spending and ease price pressures.

Wednesday’s rate increase coincided with growing concerns that the Fed may tighten credit so much as to derail the economy. The government has reported that the economy grew last quarter, and employers are still hiring at a solid pace. But the housing market has cratered, and consumers are barely increasing their spending.

Several Fed officials have said recently that they have yet to see meaningful progress in their fight against rising costs. Inflation rose 8.2% in September from 12 months earlier, just below the highest rate in 40 years.

Still, the policymakers may feel they can soon slow the pace of their rate hikes because some early signs suggest that inflation could start declining in 2023. Consumer spending, squeezed by high prices and costlier loans, is barely growing. Supply chain snarls are easing, which means fewer shortages of goods and parts. Wage growth is plateauing, which, if followed by declines, would reduce inflationary pressures.

Yet the job market remains consistently strong, which could make it harder for the Fed to cool the economy and curb inflation. This week, the government reported that companies posted more job openings in September than in August. There are now 1.9 available jobs for each unemployed worker, an unusually large supply.

A ratio that high means that employers will likely continue to raise pay to attract and keep workers. Those higher labor costs are often passed on to customers in the form of higher prices, thereby fueling more inflation.

Outside the United States, many other major central banks are also rapidly raising rates to try to cool inflation levels that are even higher than in the U.S.

Last week, the European Central Bank announced its second consecutive jumbo rate hike, increasing rates at the fastest pace in the euro currency’s history to try to curb inflation that soared to a record 10.7% last month.

Likewise, the Bank of England is expected to raise rates Thursday to try to ease consumer prices, which have risen at their fastest pace in 40 years, to 10.1% in September. Even as they raise rates to combat inflation, both Europe and the U.K. appear to be sliding toward recession.

Stocks are broadly lower on Wall Street in afternoon trading Wednesday after Fed chief Powell signaled that it's too early for the central bank to consider pausing its interest rate increases.

Wall Street has been closely watching the latest economic data, which is heavy on the employment market this week. It has remained strong despite inflation, which is being taken as a sign that the Fed will have to remain aggressive in its fight against high prices.

The latest jobs data from private payroll company ADP shows that companies added positions at a greater pace than expected in October. The report follows hotter-than-expected data from the government Tuesday on job openings.

Investors will get more employment data with the government's weekly unemployment report on Thursday and a broader monthly jobs report on Friday. They have been closely watching the latest round of company earnings to get a better sense of inflation's impact on corporate profits and outlooks. It's been a mixed bag so far.

The 11 sectors in the S&P 500 were in the red after shedding all their gains after the brief rally following the Fed statement. Technology stocks and retailers were among the biggest weights on the index.

The persistence of inflated prices and higher borrowing costs has undercut the ability of Democrats to campaign on the robust health of the job market as they try to maintain control of Congress. Republican candidates have hammered Democrats on the punishing impact of inflation in the run-up to the midterm elections that will end Tuesday.

A number of Democrats in recent weeks have appealed directly to Chair Powell, urging him to exercise caution when it comes to the central bank’s string of interest rate hikes.

Ohio Sen. Sherrod Brown, the chairman of the Senate Banking Committee, and Colorado Sen. John Hickenlooper, who himself is a small business owner, each sent letters to Powell urging the agency not to be overzealous when it comes to fighting inflation.

“For the first time in decades, we have seen historic job growth, and workers have begun to see wage gains, gains that your prior actions to stabilize the economy helped achieve,” wrote Brown, who earlier this year backed Powell for a second term as Fed chair. “Yet, many workers and their families are struggling under the weight of inflation.”

“Maintaining full employment while reducing inflation is central to protecting the workers who power our economy,” he added.

Two days later, Hickenlooper wrote a letter of his own to Powell, noting that while “high inflation necessitates a response,” there are concerns that “the Fed is doing too much too soon” and that the central bank should “wait to see the effects on the economy and how those changes are absorbed.”

Hickenlooper called raising rates “the Fed’s bluntest tool” to combat rising inflation, adding that “it has wielded that hammer repeatedly.”

“However, after five straight rate increases by the Fed, I worry any additional action will undermine economic growth and harm American families,” Hickenlooper wrote Thursday, adding: “Raising rates now when prices may come down would be foolish and damaging to American consumers and small businesses.”

Unlike Hickenlooper, Brown did not explicitly call on the central bank to cease raising rates, but rather expressed concern that the Fed may be moving too quickly without analyzing the impact of its actions.

"Monetary policy tools take time to reduce inflation by constraining demand until supply catches up – time that working-class families don’t have," Brown wrote, adding: "We must avoid having our short-term advances and strong labor market overwhelmed by the consequences of aggressive monetary actions to decrease inflation, especially when the Fed’s actions do not address its main drivers."

While Chairman Powell has faced criticism from fellow members of the Democratic party, like progressives Rep. Ro Khanna, D-Calif., and Elizabeth Warren, D-Mass., the Federal Reserve divorces its monetary policy actions from politics. President Joe Biden has emphasized the need for the Fed to act independently, a departure from the stance of his predecessor.

"My plan to address inflation starts with the simple proposition: Respect the Fed, respect the Fed's independence, which I have done and will continue to do," Biden said in a meeting with Powell earlier this year.