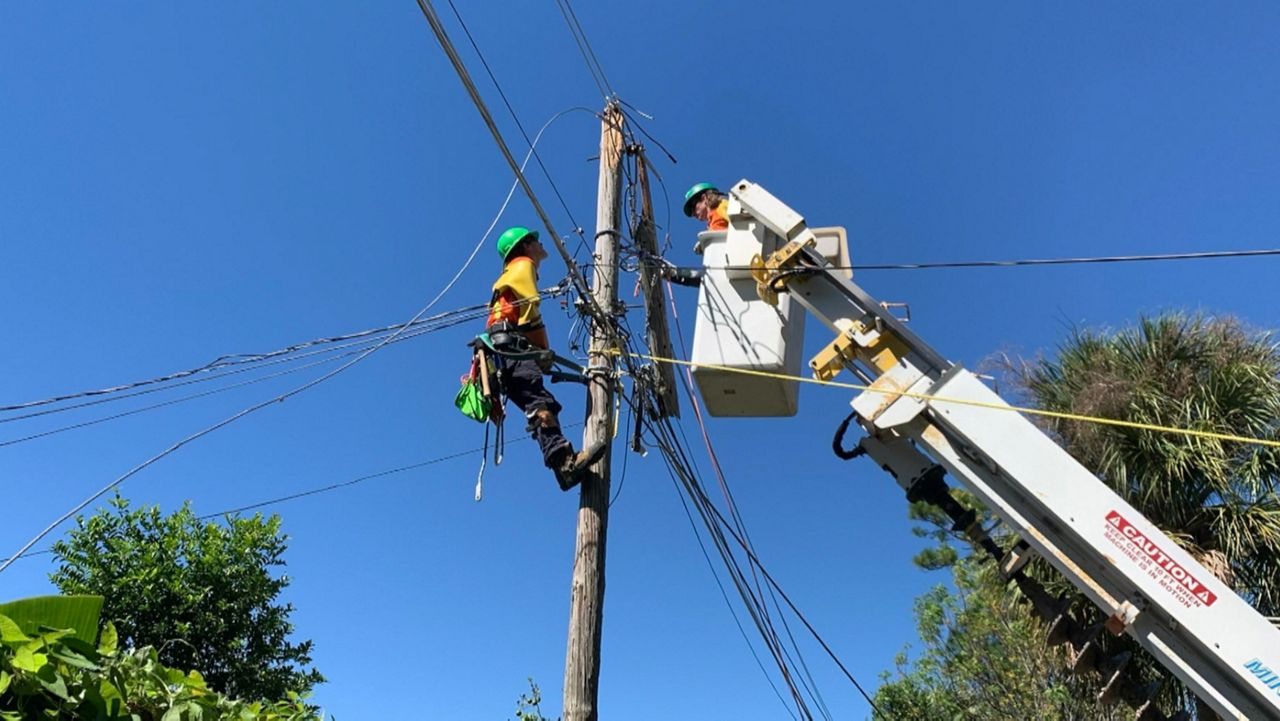 More than 10,000 workers have been deployed to help with recovery efforts (Provided by Duke Energy)

ALEXANDRIA, Ky. – Among the many people who’ve put themselves in harm’s way to help those affected by Hurricane Ian are some Kentuckians working nonstop to restore power.

Jeff Humphreys knew it was going to be a long couple of weeks, and a long way from his home in Alexandria. Whether he’d make the trip or not was never in question.

He’s one of the more than 10,000 line workers, tree professionals, damage assessment and support personnel Duke Energy has sent to help with efforts in Florida and other states affected by the storm.

Humphreys is Duke’s Underground Department Operations director for Ohio and Kentucky. He’s seen the devastation up close since he arrived in Florida on Sept. 27.

“It’s hard to see some of it. You’re seeing folks that have lived in their home their whole lives and basically lose everything. I mean it’s pretty much everything they owned and worked for their whole life in ruin. So that’ll hit you. So that’s what is motivating us to keep the long work hours, the time away,” he said.

“That’s all pretty normal for us,” he said. “But the flooding part of it is something you know that we’re not that used to seeing for a typical Ohio, Kentucky storm.”

Getting power turned back on for people lucky enough to still have their homes is just one of the many heroic efforts taking place down south, but critical in supporting those other efforts.

“You think about all the other emergency support personnel and what they need just to get folks back up and running. You’ve got to have water. You have to have your fueling stations. Without the power there’s no AC, no refrigerator. Your food’s going bad. You just don’t have all the everyday things you kind of take for granted until you don’t have it. You quickly realize how critical our electrical grid is to everyday life,” Humphreys said.

He said he doesn’t know when he’ll be home, but he’s hoping it’s by the end of the week. His team will likely help other areas in need as they head north, because as Humphreys said, that’s just what they do.

“This is what the men and women get up for,” he said.

According to the company, Duke Energy Florida aims to have all customers restored Monday night — except for those who cannot receive power because of damage or flooding.