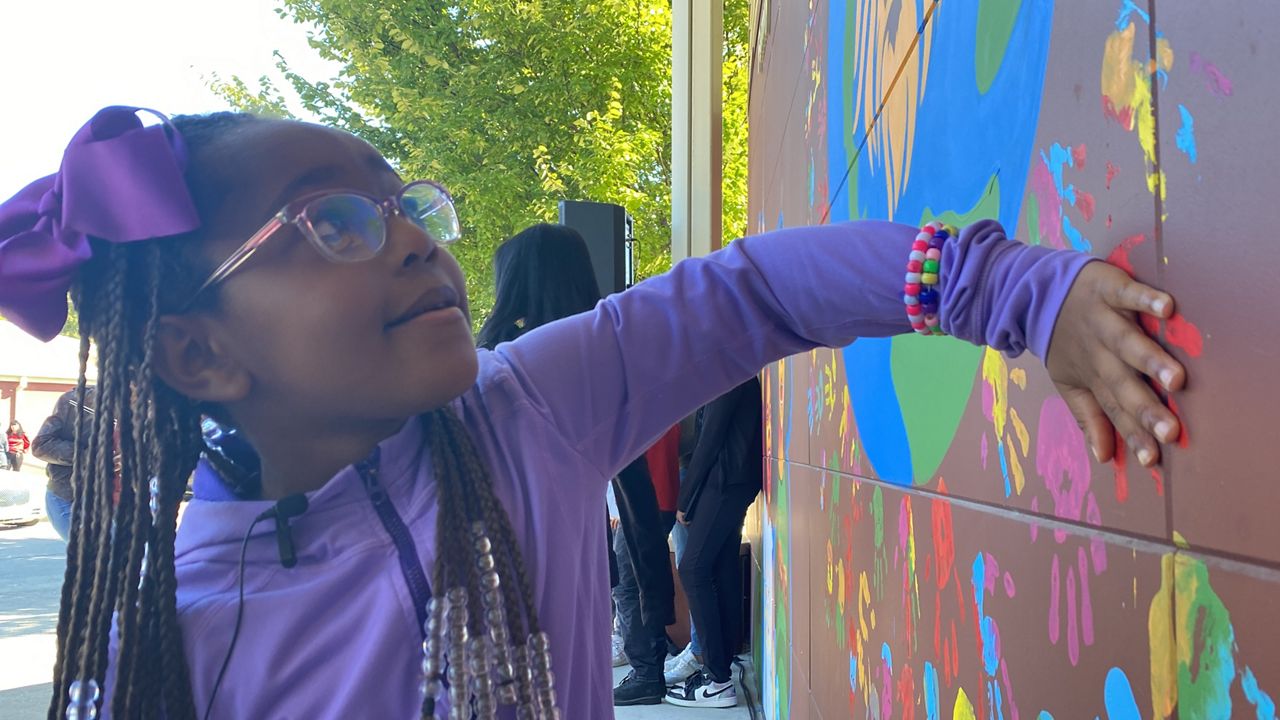 Jaylin Stewart, a Louisville artist, collaborated with the community's youngest members to include their voices in a new mural for a center preventing child abuse, neglect, and exploitation. Here, Liberty Devoe finds her handprint .(Spectrum News 1/Ashley N. Brown)

LOUISVILLE, Ky. — America and little sister Liberty Devoe have made a lasting impression in their community.

The girls were part of a group of Engelhard Elementary students who worked with award-winning artist Jaylin Stewart to create a mural.

It welcomes those visiting the Family and Children’s Place.

“It is very colorful. It is really bright. It pops. It shows how strong one community can be,” says third grader America. 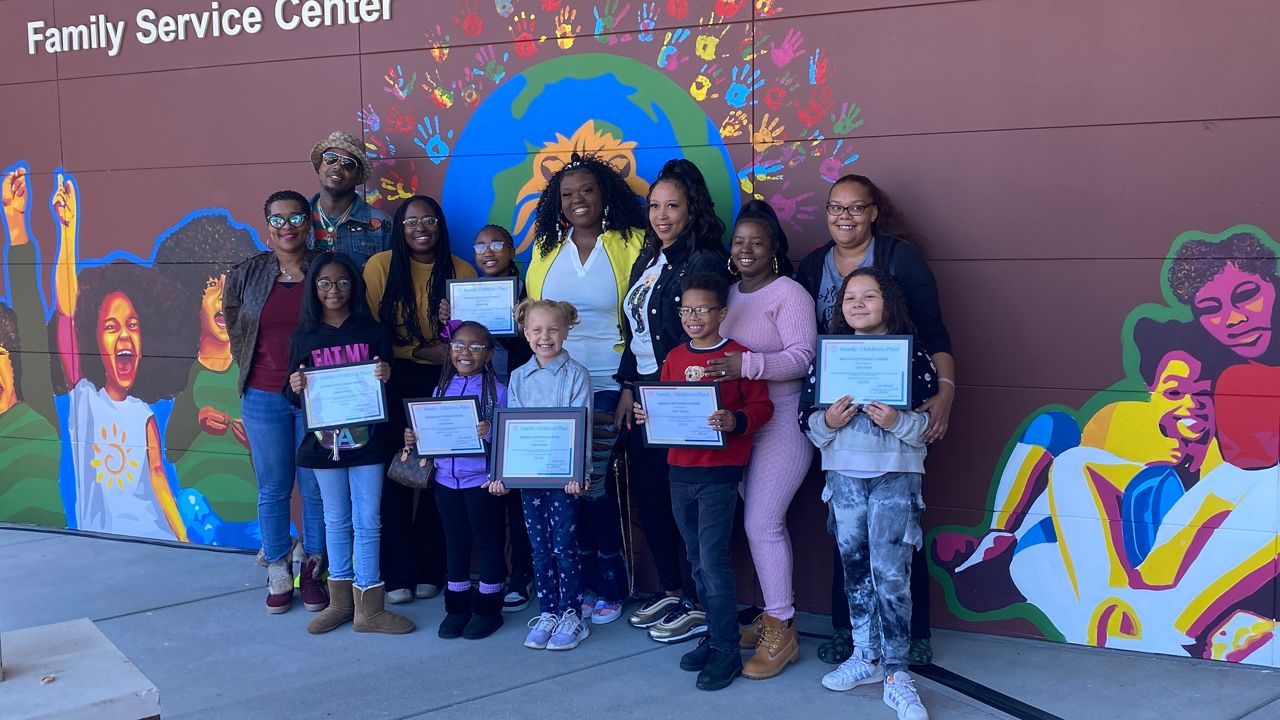 Stewart says it was important to incorporate the lives and experiences of the group the center strives to support children.

“Me and the children worked really hard on creating a design that represented what they do, what they’re passionate about, also the organization and kind of some of the things that they want to see in the future,” says Stewart.

The girls were part of the center’s school-based programming aimed at improving academic success.

The center has provided services to child abuse and neglect victims since 1883.

Stewart hopes the artwork uplifts everyone who sees it.

“Fun, life, love, hope, unity of course, especially with the handprints and the world,” says Stewart. “Just really opening up my arms and welcoming everybody from all walks of life, to be loved on and to be appreciated.”

Stewart says she will continue to focus on using her talents to lift the voices of communities.

“It’s not just me coming up with fun, elaborate ideas and going into walls and painting them. It’s really me doing more research, doing more scouting, doing more groundwork, talking to people and listening to people,” says Stewart.

Along the way, she is inspiring.

“My main goal as an artist is to show children that you can be an artist and you can be creative and be just as successful as anybody else,” says Stewart.

Liberty says Stewart has achieved that goal with her.

“I learned that I could be an artist maybe when I grow up. I feel happy and proud of myself. I can never try to give up,” says Liberty.

The mural was funded by Stewart and 21st Century Community Learning Centers of Kentucky.