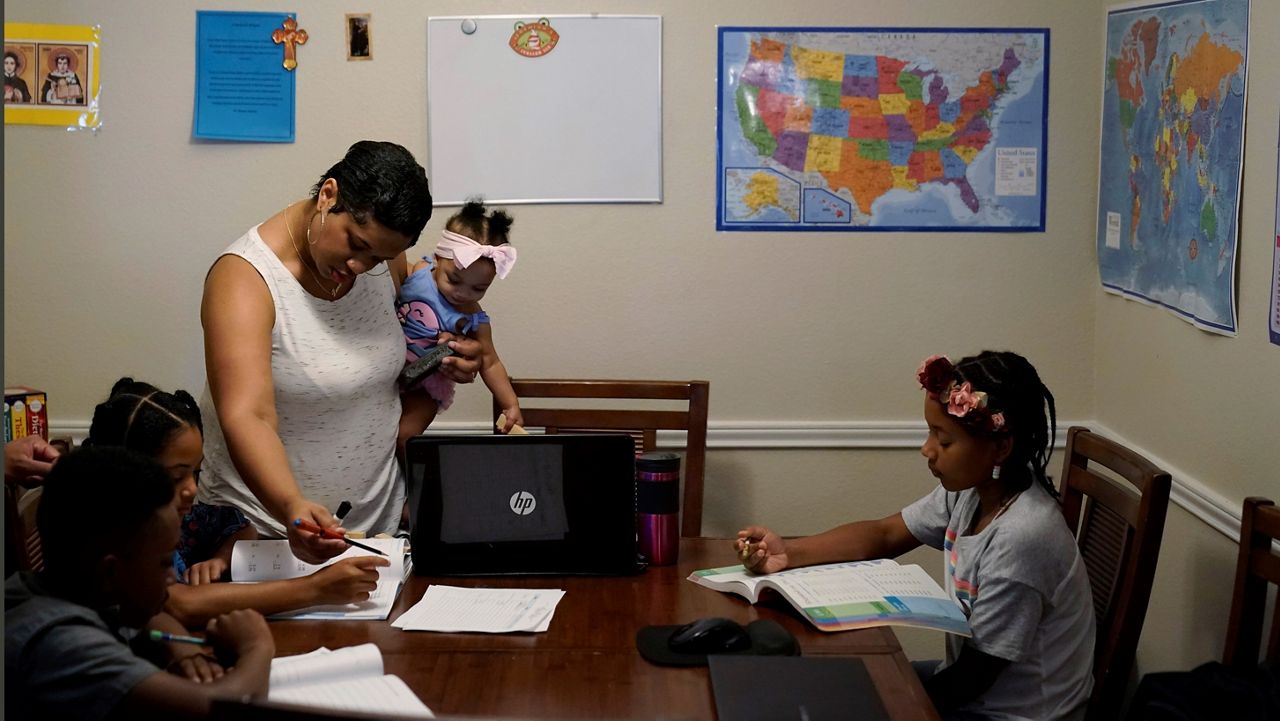 Arlena Brown, center, holds her youngest child, Lucy, 9 months, as she leads their other children, from left, Jacoby, 11; Felicity, 9, and Riley, 10, through math practice at their home in Austin, Texas, Tuesday, July 13, 2021. (AP Photo/Eric Gay)

The Kentucky Educational Excellence Scholarship provides money to high school students largely based on their grades and ACT scores, but homeschool kids don’t have a traditional GPA, so as much as 80% of the money isn’t available for them.

“I don’t think that should mean that we just close this off to homeschoolers entirely,” homeschool parent Laura Edwards told lawmakers Tuesday. “I think we need to find a workaround.”

Edwards was part of a group testifying in favor of Sen. John Schickel’s proposal to allow homeschools kids to receive money if they take dual credit courses at a Kentucky university.

Schickel said the exact details aren’t important at this point and he’s open to other ideas, like a 2009 proposal that would have treated ACT scores like a high school GPA for the sake of how the KEES award is calculated for homeschool kids.

“What a great investment it would be if somehow — and we’re not tied to any bill right now — but if somehow, we can get these students some assistance for college,” he said.

And there’s plenty of time to continue negotiating before the legislative session even starts next year.

The KEES scholarship is funded exclusively through the Kentucky Lottery fund.