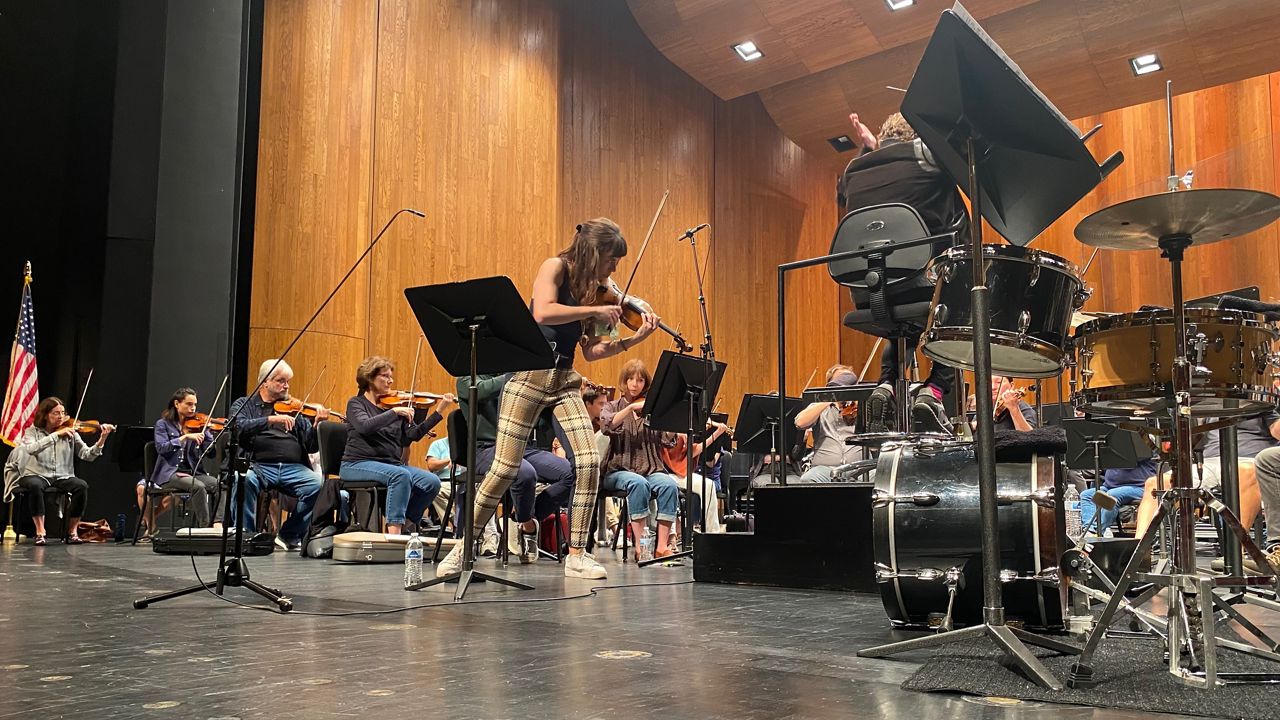 LOUISVILLE, Ky. — The Louisville Orchestra is opening its ninth season under music director and Musical America 2022 conductor of the year, Teddy Abrams.

The season of “Swing, Swagger and Sway” will kick off Sept. 16 and feature one of Kentucky’s own, Tessa Lark.

Lark, an eastern Kentucky native who now lives in New York City, will perform Wynton Marsalis’s Violin Concerto. The Grammy nominated violinist uses her bluegrass roots to inspire her style of play, usually like a fiddle.”

“Mandolin was actually my start, I played ‘Boil Them Cabbage Down,’ that was my first tune at the age of 4, brought the mandolin to show and tell in kindergarten and started the violin at the age of 6 and a half,” Lark said. “Declared myself a violinist at age 7 and have never looked back.”

Lark captivates audiences with a combination of fresh sounds much like what will be featured in the classics concert “Swing, Swagger and Sway.”

The program features pieces from the three LO Creators Corps artists. Creators Corps is a first of its kind program that puts artists in the community for deeper integration with the orchestra and the city of Louisville.

“One second to the next he’ll change styles completely, he’ll go directly from a tango to habanera, to ragtime dance to a hoedown and there’s actually a big battle between the orchestra and the soloist especially in the last movement which is really fun,” Lark said.

Topping it off with playing a Maggini violin, made in 1600.

“I just fell in love with it from first sight and first playing. It’s got a really dark and warm sound,” Lark said. “A lot of violins have extremely brilliant and bright sounds which I love, but if I could do it over again, I might actually be a cellist or a bass player. I love the bassy sounds and this really has that.”

For Lark, it’s more than just being center stage. It’s about the chance to give back to the next generation of musicians.

“I wasn’t able to see many concerts because I was out in rural Kentucky, they were hard to get to and so it’s the most meaningful thing for me to come back to the place where I grew up and where I learned about music and take my studies from wherever else I’ve been in the world and come back and give back,” Lark said.

You can watch Lark and the Louisville Orchestra this weekend at the Kentucky Center’s Whitney Hall. Saturday’s show will begin at 7:30 p.m.