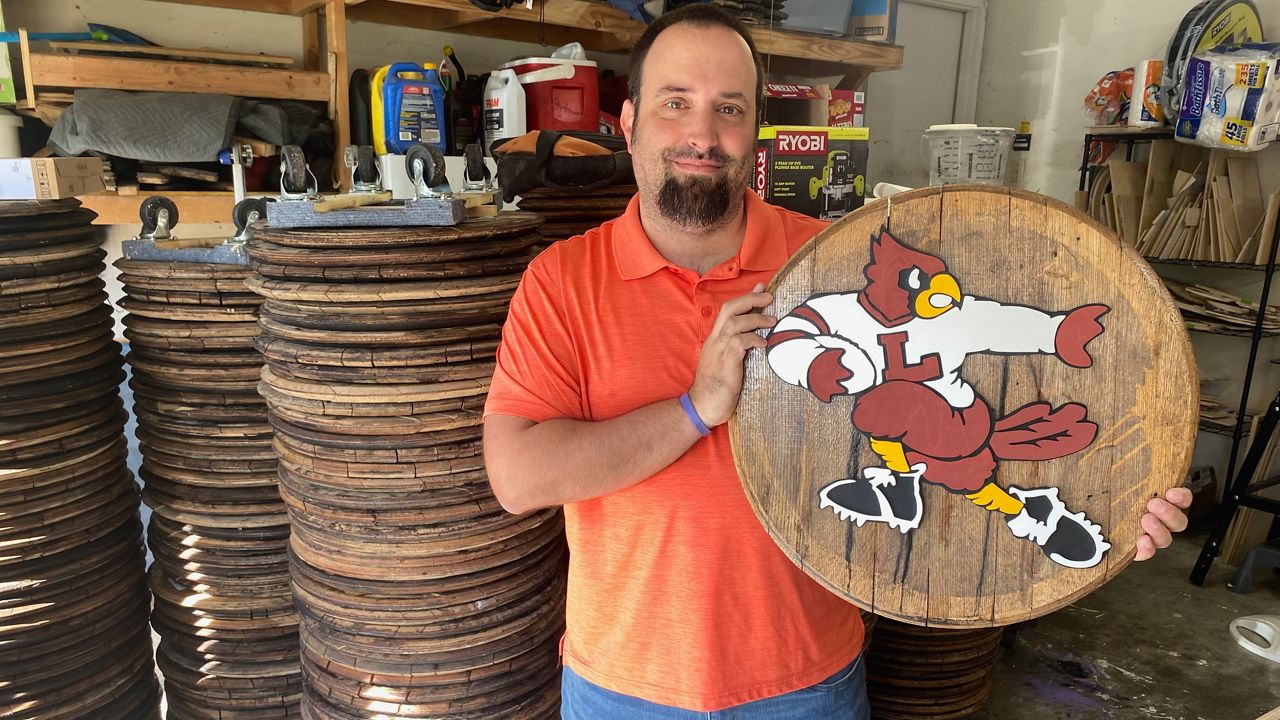 “If you could imagine a bourbon scented candle, like a thousand of them, that’s what it smells like in here and that’s the thing that hits people when the door first opens,” Lane said.

Lane uses Kentucky’s claim to fame as his canvas.

“It was a little over four years ago when I saw this YouTube video and I googled scroll saw art and I didn’t even know what a scroll saw was,” Lane said. “I went to Harbor Freight and bought my first scroll saw and cut out a logo for my favorite team, the Vikings.”

Since then, Lane has sold more than a thousand custom handmade 3D wood art pieces through his business “Made By Jay Lane.”

From home decor to your favorite sports team and even wedding gifts, Lane can conquer nearly any design you throw his way. All the pieces are hand stained and painted by husband and wife duo Jay and Mary Lane.

He has even become an official licensee for the University of Louisville Cardinals, Racing Louisville FC, Louisville City FC, and most recently his alma mater, Western Kentucky University.

“There’s a lot of pride and just people locally are supportive and the fact that they know I’m in Louisville and that I source all of my barrel heads from Kentucky. It’s just been an amazing experience all the way around,” Lane said.

His work has not only caught the eye of locals but his favorite NFL team, the Minnesota Vikings.

“They ended up ordering 65 barrel heads from me and it was one of the coolest things,” Lane said. “We got to go up to Minneapolis and deliver them to Coach Zimmer to his house. I got him to sign a Vikings logo barrel head for me. I actually made one for him too, for his farm.”

It’s a passion that takes precision. 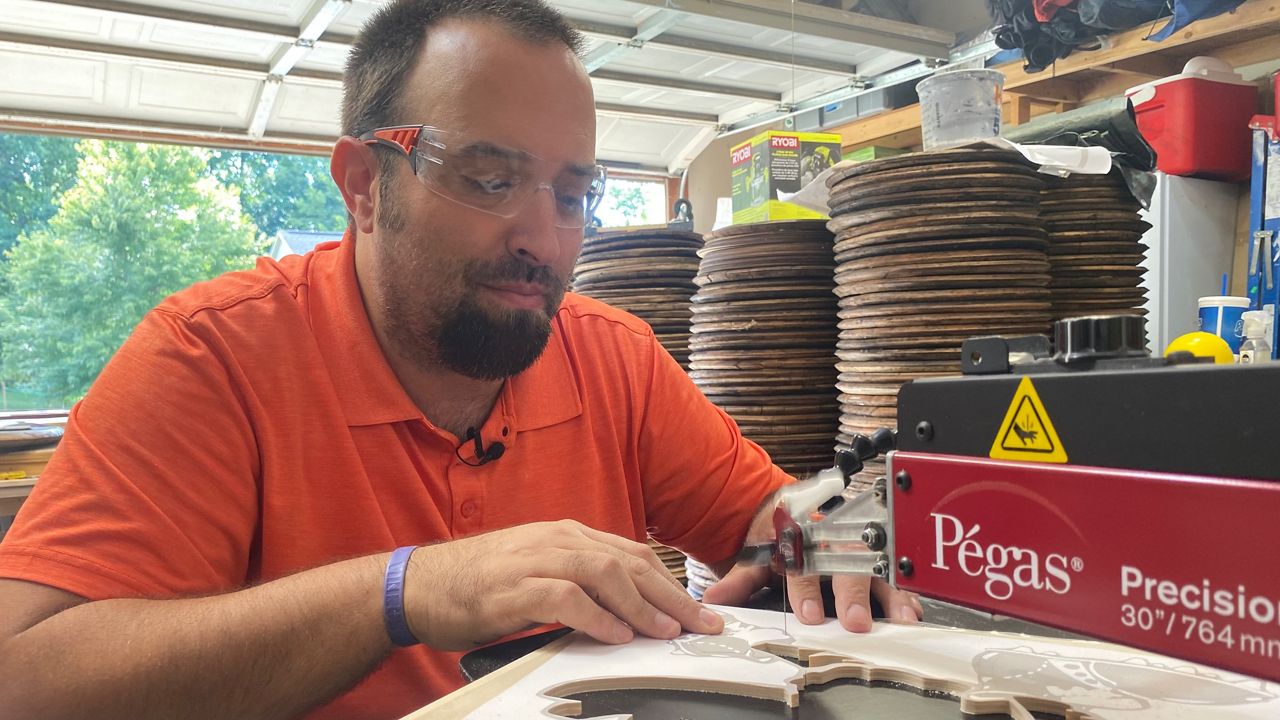 Owner of “Made By Jay Lane,” cutting out pieces with his scroll saw that will eventually be placed on a bourbon barrel head. (Spectrum News 1/Erin Wilson)

“I’ve always enjoyed woodworking for that, you know it’s a release for me. It’s a chance for me to be creative and I think that’s one of my favorite things about it,” Lane said.

When asked what’s next for the business, Jay says he’s living in the moment.

“I just enjoy meeting new people and hearing about how excited they are and how much they love their stuff and that’s just as much of it for me as anything,” Lane said.

Jay Lane says he has even sent a Heisman bird to former University of Louisville and current Baltimore Ravens Quarterback Lamar Jackson.