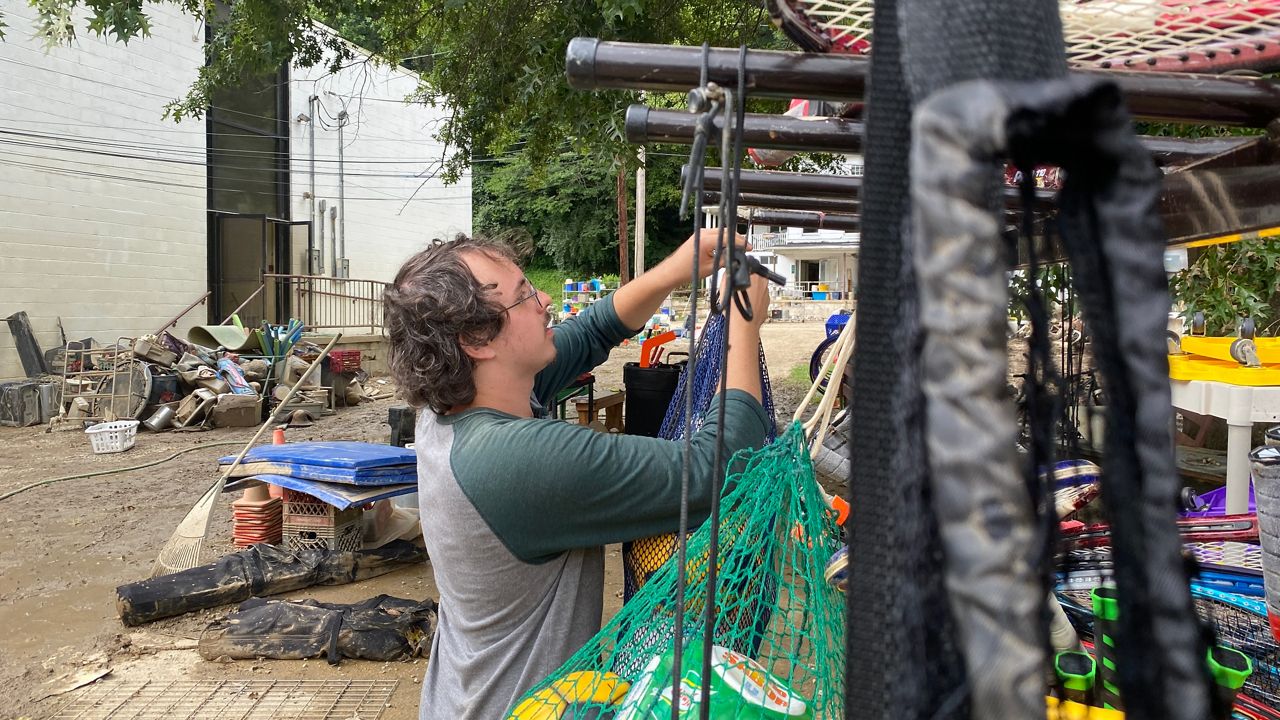 Jimmy Strong started working at Riverside Christian School last week days after it was hit by flooding. He is spending his first days of work helping to get the school back in shape for students. (Spectrum News 1/Ashley N. Brown)

Staff at Riverside Christian School, a small private school, is once again working to restore the building for students who have already lost so much after flooding affected it in March 2021. 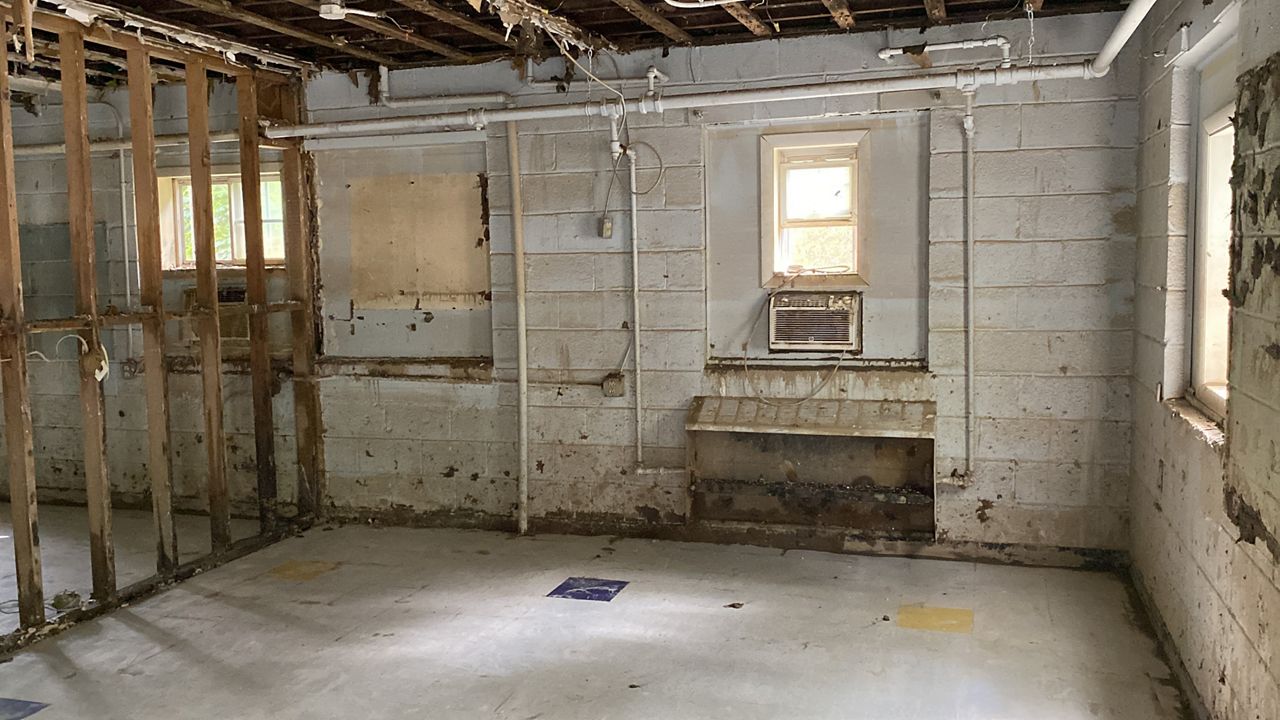 Jimmy Strong, who works with the school’s maintenance team, never imagined his first week of work would look like it did.

“There’s nothing you can save. Everything’s full of mud and water. So sad. Heartbreaking,” says Strong. 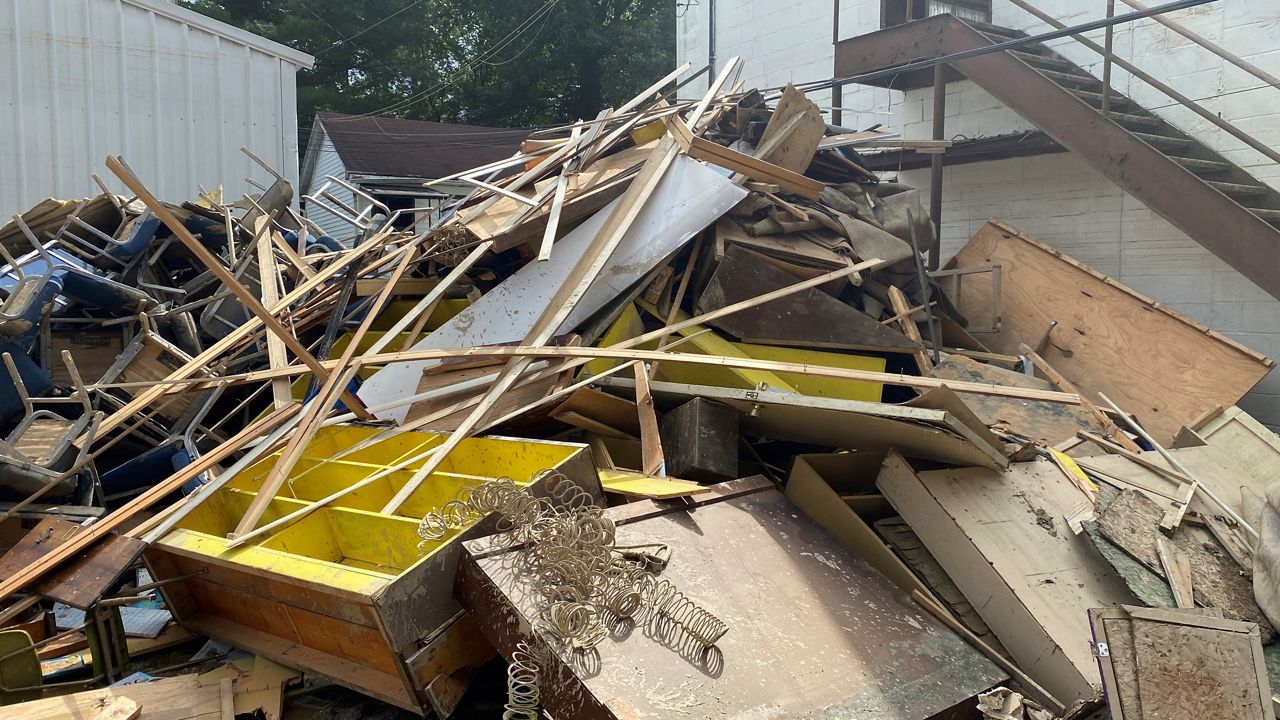 Strong graduated from the school a few years back. He says his classmates and teachers at the small school were like family.

“The first place I thought of was here when the water started rising because last year it was flooded,” says Strong.

Strong was a few miles away from the school when the flooding started two weeks ago.

“It was scary because there were no phones, no internet, no anything, so for a couple of days, there was just no news coming in and you didn’t know if people were okay or if anyone had passed away or anything like that,” says Strong.

But it was fast and much worse than the flooding that affected the school last spring.

“The water actually got about this high,” says Turner, standing at the top of the steps that lead to the second floor of a staff housing unit. “So everything below me was all underwater, everything,” says Turner.

They rescued Turner by boat.

“I felt relief and awful and also felt scared because there were still more people here. We had 15 people just on the second floor, so I was just ready to hurry and be over there so they can come back and rescue everybody else,” says Turner.

Everyone in the building she was in was rescued and so were three people in another building, including one person who was stuck on a roof. 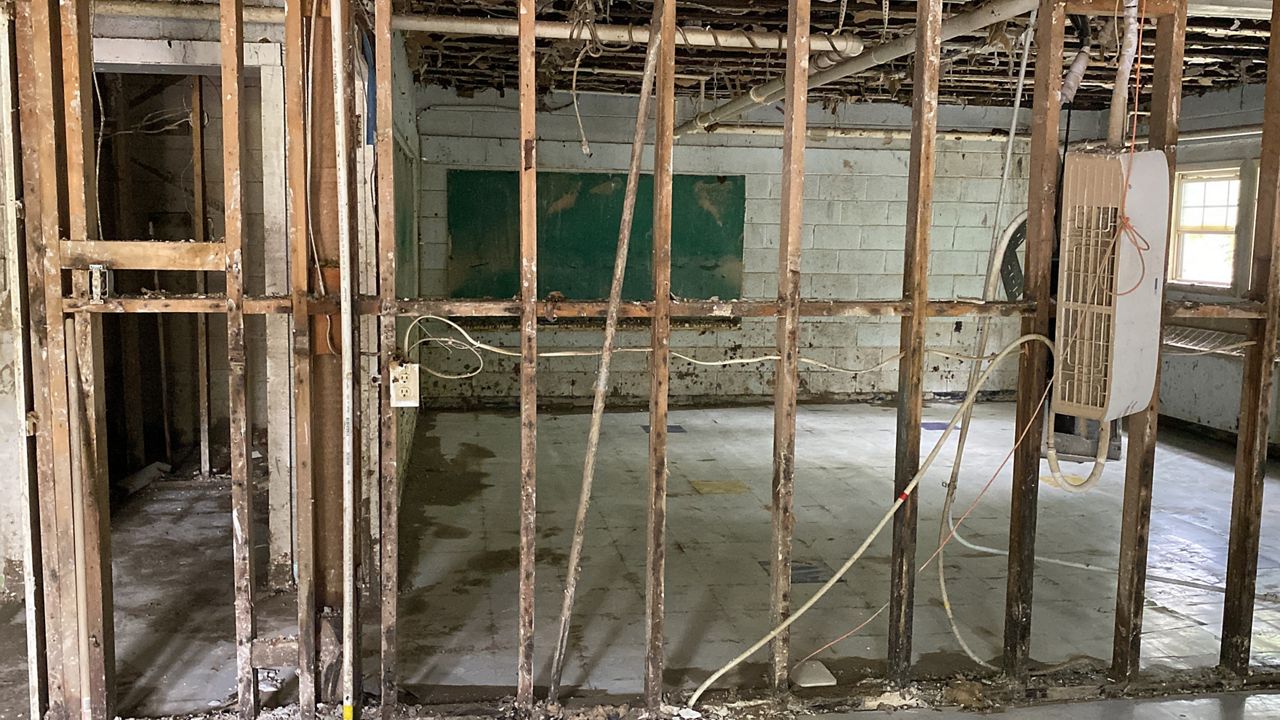 “Floods can keep coming, but we’re still gonna keep rebuilding and still keep taking care of each other and loving each other because that’s just what we’re called to do,” says Turner.

The people of Lost Creek have lost a lot, but clearly not hope.

Monos Coffee House in Nicholasville is hosting a benefit concert with local bands on Aug. 27.

Funds raised will be donated to Riverside Christian School. The school is also accepting donations on Venmo. Donations can be sent to riverside@riversidechristian.org.