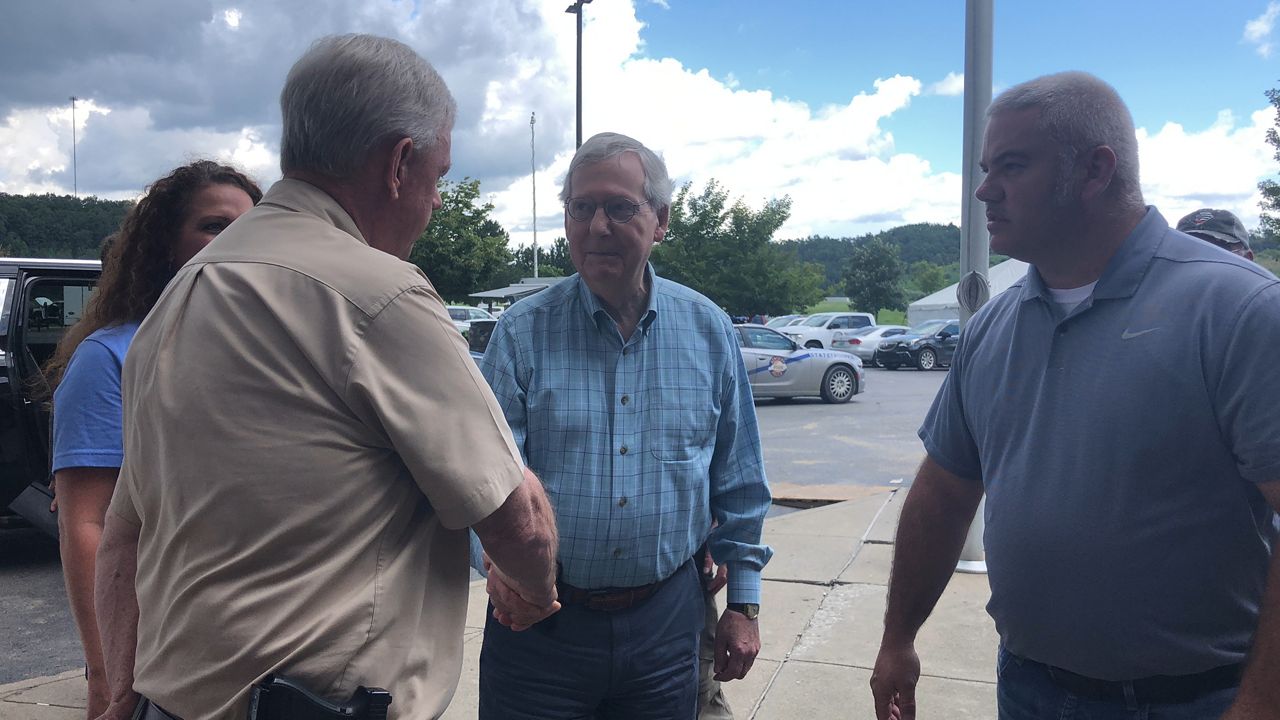 
They toured hard-hit areas where efforts people are making to rebuild and met with families and first responders affected by the floods.

All around the mountain region, crews continued to demolish the piles of debris on Tuesday.

“This was a catastrophe of calamitous proportions,” McConnell said.

McConnell traveled to this part of the state to see the flood damage first hand and commended the spirit of everyone involved.

“Mountain people are strong and resilient and these kinds of catastrophes bring out the best instincts of almost everyone,” McConnell said.

“I think mostly I’ve seen men and women wanting to help their fellow men and women both from the community and, I mean, it’s heartwarming to see the members of this church coming forward,” Paul said.

“This has been an extremely challenging year for Kentucky with regard to national natural disasters, but we’re gonna get past this and we’re already on the ground and already started building,” McConnell said.

The Senate Minority Leader said Kentucky is good financial position, having a pool of funding available both from the Infrastructure Bill and the American Rescue Plan.

“The bipartisan infrastructure bill, which I supported, which means at least $5 billion for roads and bridges in Kentucky over the next few years,” McConnell said. “And then in addition to that, there was the American Rescue Plan, which I did not vote for, but it was $2 trillion passed on a party line bolstered basis last year, which provided a significant additional set of funds for state and local governments.”

“They’re talking about a lot of water problems and a lot of water systems that need repair. I think that emergency money, the president should give them a waiver because they have some money,” Paul said. “It’s already been sent for COVID that they may think the water systems are more pressing right now than testing for COVID.”

In the meantime, people in the area will continue to restore their communities.