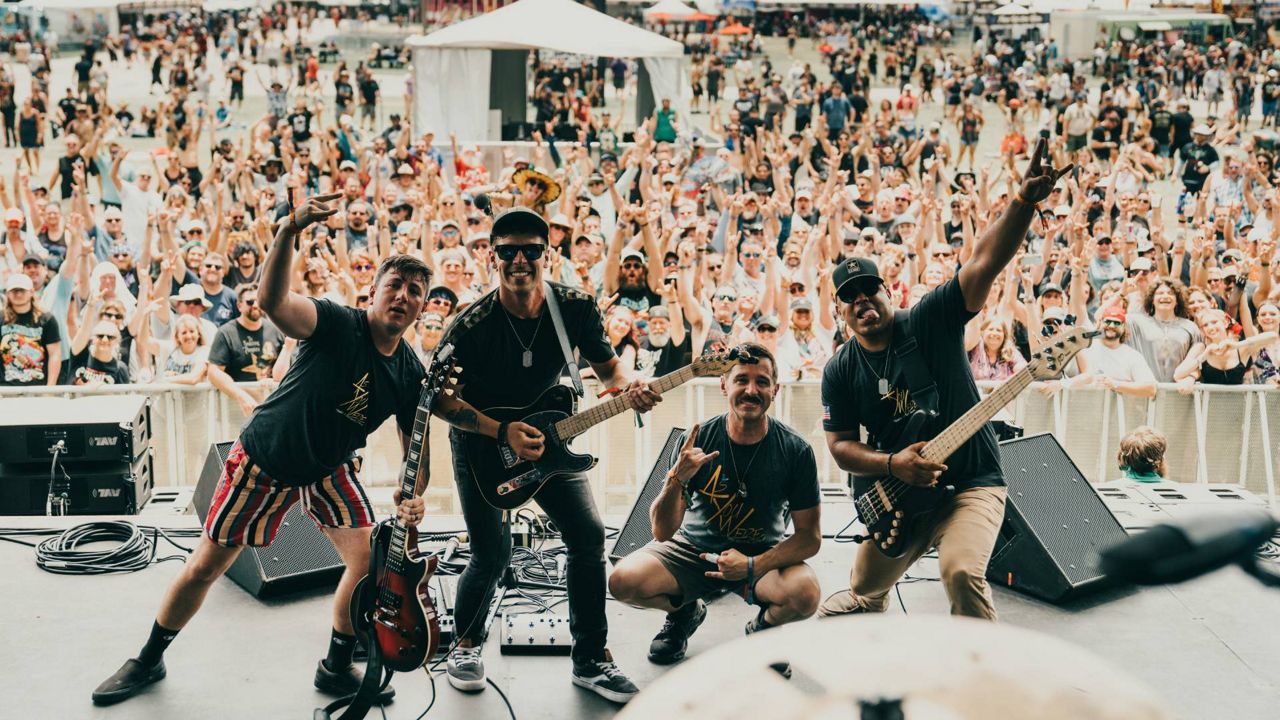 The band As You Were provides outreach for Army recruiting while touring the country. (US Army/SGT Jessica Gatlin)

FORT KNOX, Ky. — It’s the Army in a way you’ve likely never seen it before — with a rock band that recruits future soldiers.


The rock band As You Were is part of the Army’s Musical Outreach Team. All the members are active duty sergeants, staff sergeants and sergeants first class.

The group is based at Fort Knox and travels to high schools, colleges and music festivals all across the country to drum up excitement about the Army and show young people there’s more to being a soldier than just boots and bullets.

“So often when we’re on stage and we tell our audiences that this is what we do for the Army full-time—we’re active duty soldiers and we get to do this performing for people around the country — the reaction is always like shock and disbelief,” said the band’s lead singer, SSG Tom Katsiyiannis.

Bass guitarist SGT Abiud Flores added, “People go crazy about it, the fact that we’re doing what we love on stage, serving the country and helping the recruiting mission, too.”

They and their other band members are world-class musicians who went through multiple auditions and specialized trainings to get to this point.

Before Flores enlisted eight years ago, he was touring and recording with different artists and teaching music. Katsiyiannis was recruited as he was wrapping up his degree at Berklee College of Music almost 12 years ago.

Ever since, Katsiyiannis says, “I’m constantly pinching myself being like, ‘Is this real? Like, is this actually my job?’”

The Army recruits other musicians throughout the country, as well, but Flores and Katsiyiannis explain those roles are generally more traditional, performing in orchestra, jazz or marching band-type settings.

“I mean, one of the oldest professions in the Army is an Army musician,” Katsiyiannis said. “Way back in 1700s, you had riflemen and you had bugles and drummers alongside the infantrymen that had a very clear job to do. So, the tradition continues, just slightly modernized.”

As You Were band members write their own music. It can be found on major music platforms like iTunes and Spotify. The band is currently working on its fourth album since its start in 2018. That album is expected to be released by the end of this year.

Some of the band’s members have also deployed, serving in support roles overseas.