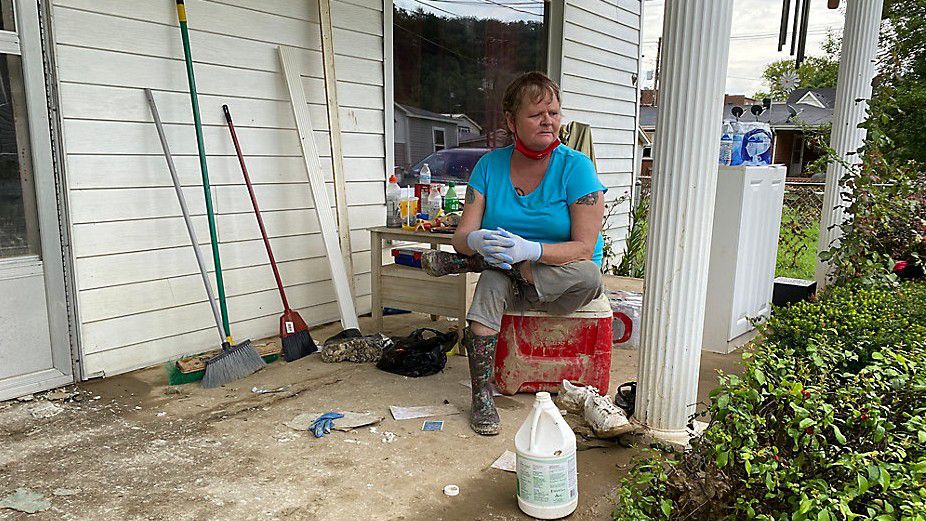 Cambi Tharp looks over the damage to her property in Kentucky. (Josh Rojas / Spectrum Bay News 9)

Jackson resident Cambi Tharp said she bought a home less than a year ago that was nearly destroyed in the epic flood that hit the area last week.

Tharp said all of her possessions were ruined, including her appliances. In her sun room, water could still be seen bubbling up through the floor. Tharp said her basement is still flooded.

On Friday, Tharp was still working to clean up the mess.

“They said that we had to get all the drywall off of the walls,” she said. “So that they can come in and get all the mold out.”

Tharp said she and her daughter had virtually no warning when the flash flood hit overnight on July 28 and they had to evacuate quickly.

“The lady next door said to me, ‘do you see the water coming up over the bank?’ I said ‘no.’ She says ‘well, there it is’ and 10 minutes later it was halfway up the street,” she said. “Then within 5 minutes it was to my front door. So, it all happened within about 15 minutes.” ​ 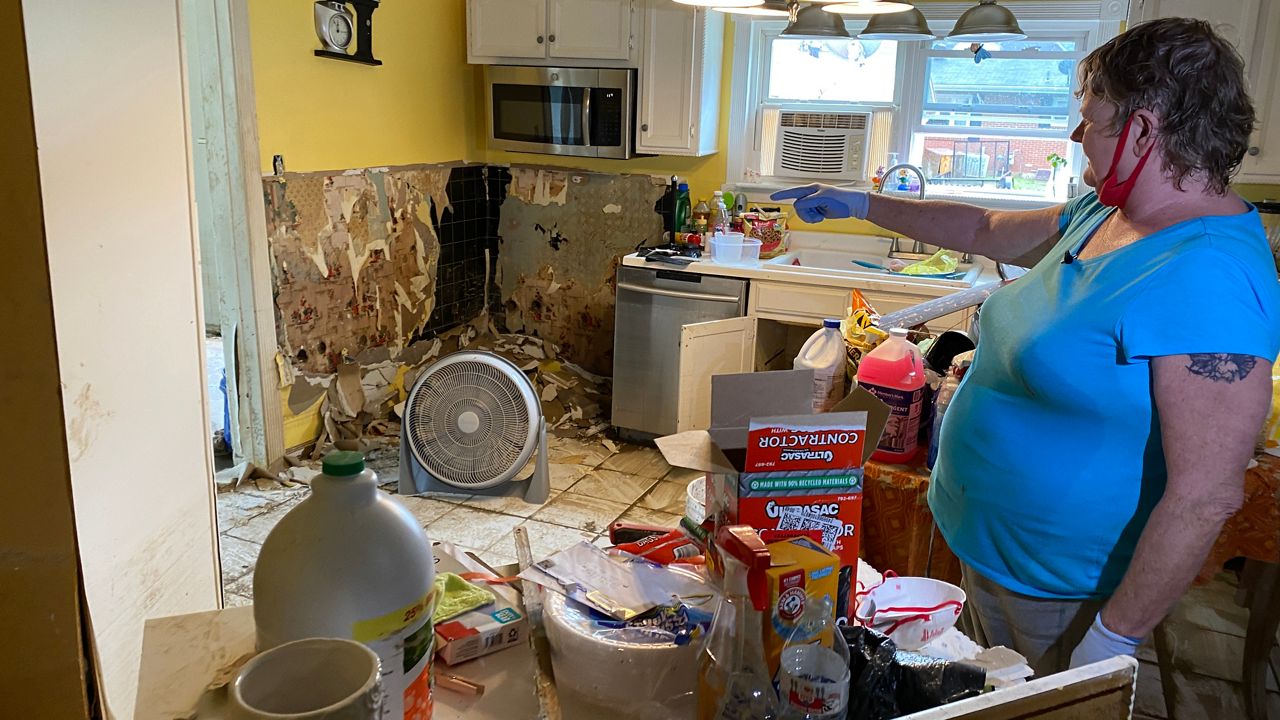 The flash flood devastated all the homes on Tharp’s street. Jackson is a small town in Breathitt County with a population of just under 2,000. Mayor Laura Thomas said the flood affected close to 100 homes.

The mayor said they do not need anymore water or clothes but what they do need are tents, shop vacs, heavy duty extension cords and monetary donations.

Cambi said she filed a claim with FEMA and hopes that will provide some relief and a local church found a sponsor who’s going to donate some money to help her.

Even though Cambi feels stuck in her home, she is grateful to be alive.

“If we had stayed here, we would’ve died,” she said. “I don’t think anybody thought it would get this bad.” 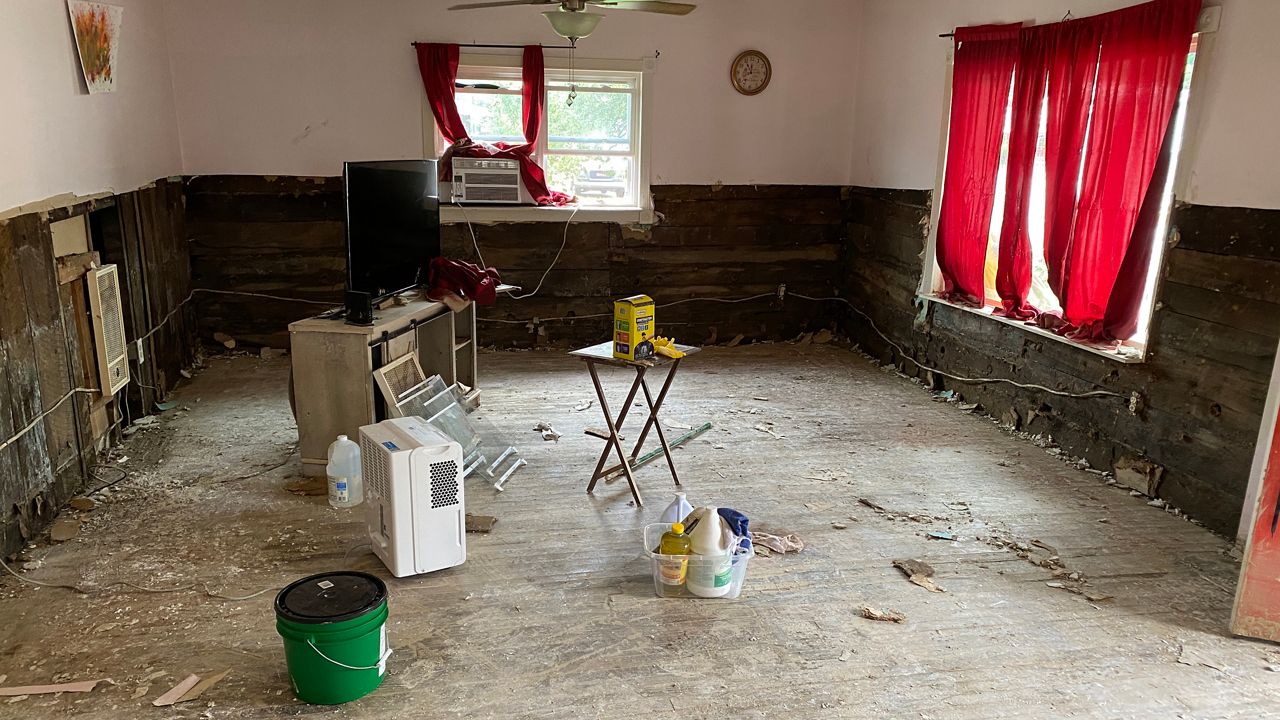