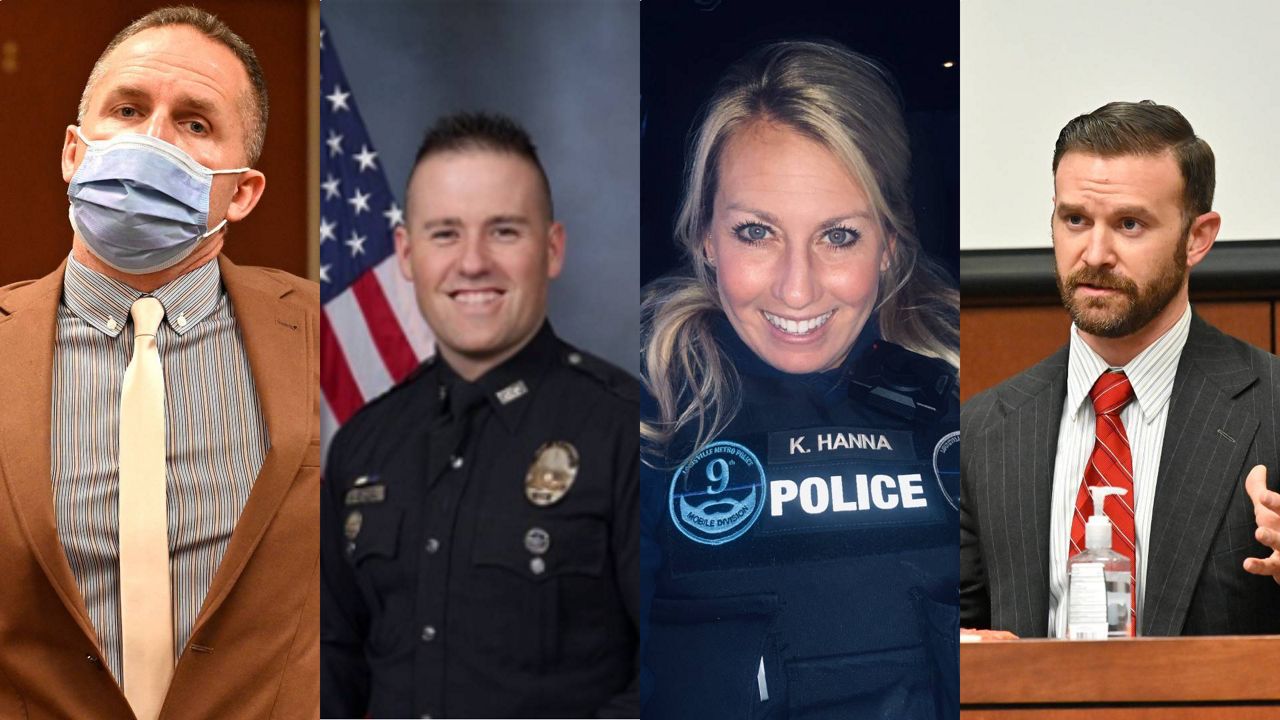 LOUISVILLE, Ky. — "Breonna Taylor should be alive today," Attorney General Merrick Garland said on Thursday as the U.S. Justice Department announced civil rights charges against four Louisville police officers for their involvement in the drug raid that led to the death of Taylor, a Black woman whose fatal shooting contributed to the racial justice protests that rocked the U.S. in the spring and summer of 2020.

The charges represent another effort to hold law enforcement accountable for the killing of the 26-year-old medical worker after one of the officers was acquitted of state charges earlier this year.


Federal charges against former officers Joshua Jaynes and Brett Hankison, along with officer Kelly Goodlett and Sgt. Kyle Meany were announced by U.S. Attorney General Merrick Garland on Thursday. Charges range from unlawful conspiracies, use of force and obstruction of justice, Garland said. 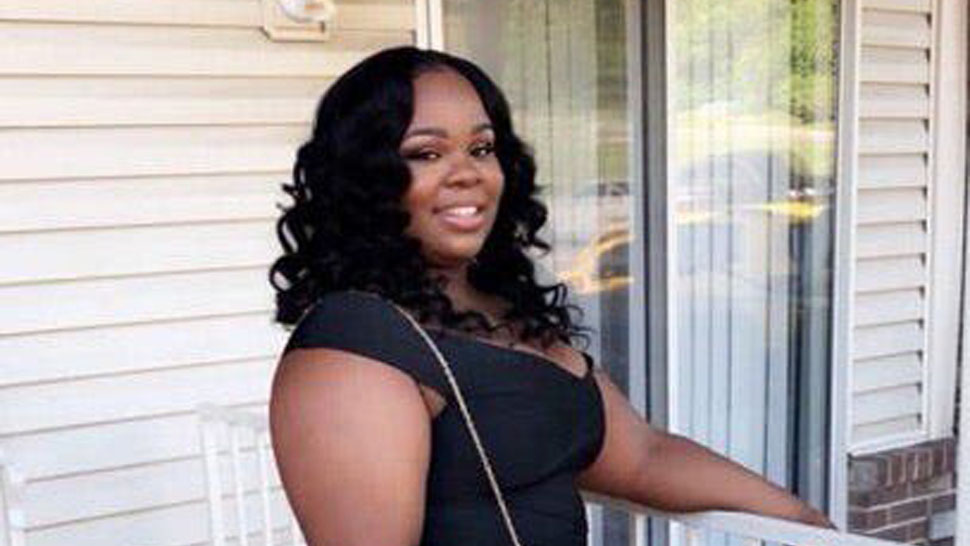 Local activists and members of the Taylor family celebrated the charges and thanked federal officials.

“This is a day when Black women saw equal justice in America,” lawyer Benjamin Crump said.

Some of Taylor’s family and other supporters gathered in a park downtown Thursday and chanted “Say her name, Breonna Taylor!”

Hankison, Jaynes and Meany had initial appearances Thursday in federal court before Magistrate Judge Regina Edwards, who set their bonds at $50,000 each, according to a court clerk official. The three men face a maximum sentence of life in prison for the civil rights charges.

Jaynes faces conspiracy charges stemming from his lie on the search warrant that led to the deadly raid.

Hankison, Jaynes and Meany had initial appearances Thursday in federal court before Magistrate Judge Regina Edwards, who set their bonds at $50,000 each, according to a court clerk official. The three men face a maximum sentence of life in prison for the civil rights charges.

Former detective Kelly Hanna Goodlett, Jaynes’ former partner, was charged on information, likely meaning she has pleaded guilty or plans to plead guilty to avoid indictment. The FBI alleges she tried to cover up the fact that the information Jaynes provided for the search warrant was false.

Goodlett has pleaded guilty to a charge of conspiracy, Taylor family attorney Ben Crump said Thursday, though records on her court proceedings were sealed. Goodlett faces up to five years in prison.

Former Detective Brett Hankison has also been indicted. He surrendered to the FBI Thursday morning and faces two counts of deprivation of rights. 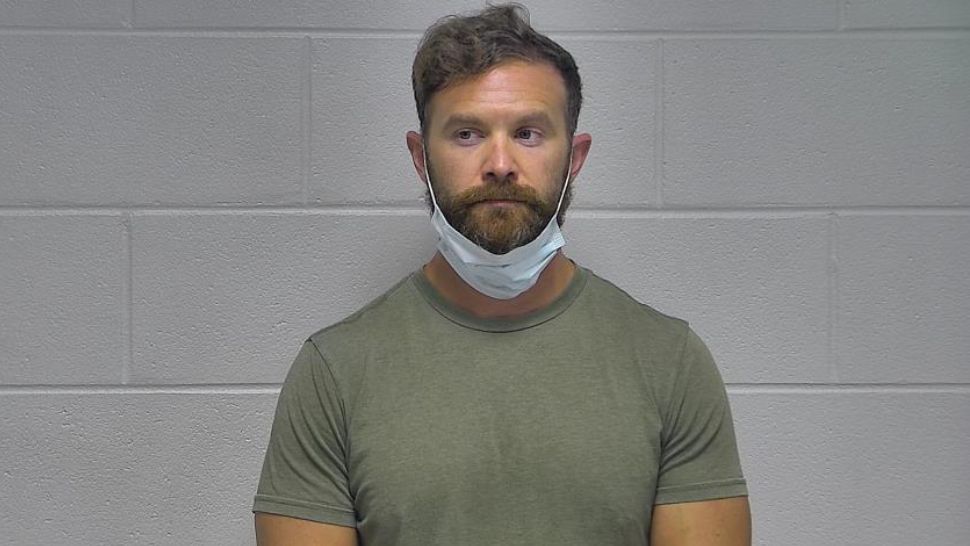 Prosecutors allege Jaynes, Goodlett and Meany met in a garage after her death "where they agreed to tell investigators a false story."

“After two long years of relentless investigations, today’s indictments are a critical step forward in the process toward achieving justice for Breonna Taylor. My thoughts are with Ms. Tamika Palmer, Breonna’s mother, and all those who loved and cared for Breonna," Fischer said in a statement. 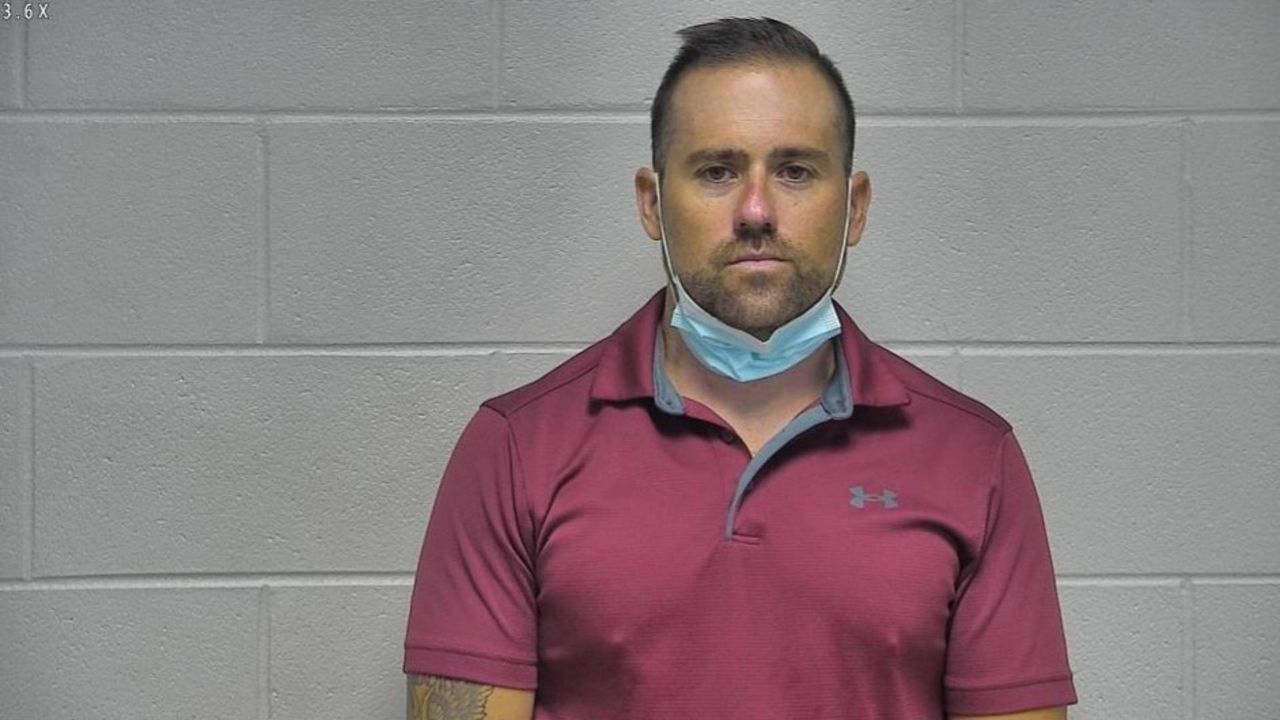 “While we cannot reverse her tragic death, we can and must continue to pursue justice for her. I deeply appreciate the hard work of the federal government to tirelessly pursue this case. And, while I know some may feel that this process has taken too long, as I have said from the beginning there can be no shortcuts to due process, no shortcuts to justice."

Taylor was shot to death by Louisville officers who had knocked down her door while executing the search warrant. Taylor’s boyfriend fired a shot that hit one of the officers as they came through the door and they returned fire, striking Taylor multiple times.

A former detective, Jaynes was fired in Jan. 2021, and Louisville's Police Merit Board upheld his termination in June after an appeal. 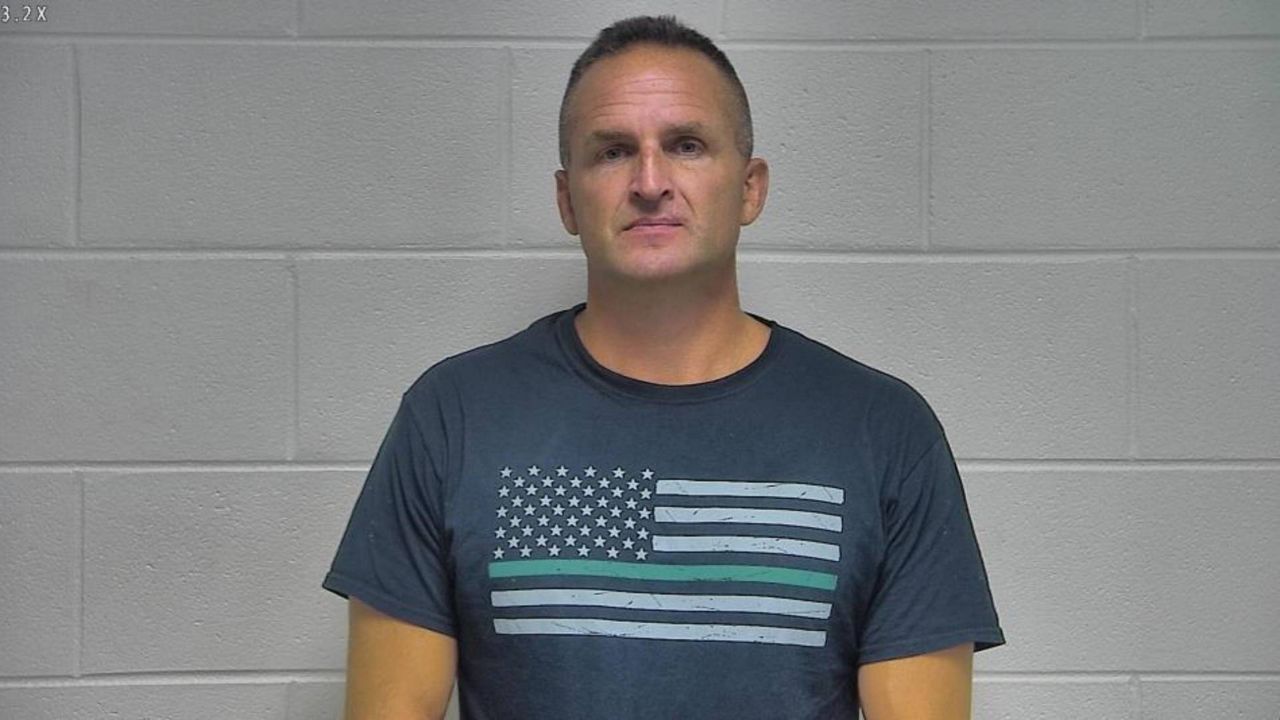 Brett Hankison has been indicted by the FBI. (Oldham County Jail)

Hankison, who was dismissed from the department in 2020, was one of the officers at Taylor’s door and one of three who fired shots that night. He was acquitted by a jury of state charges of wanton endangerment earlier this year in Louisville.

The first indictment — charging Jaynes and Meany in connection with the allegedly false warrant — contains four counts. The second indictment —against Hankison — includes two civil rights charges alleging that Hankison willfully used unconstitutionally excessive force, while acting in his official capacity as an officer, when he fired his service weapon into Taylor’s apartment through a covered window and covered glass door.

You can read the full first and second unsealed FBI indictments here.

The Department of Justice has been pursuing a seperate, ongoing investigation into Taylor's death since mid-2020, and the department launched a far-ranging investigation into LMPD's practices. Officials were probing whether LMPD uses "unreasonable force," if it engages in "unconstitutional stops, searches and seizures," if it "unlawfully executes search warrants on private homes," and if it discriminates based on race or disability.

Protesters who took to the streets over months in Louisville were especially critical of Kentucky Attorney General Daniel Cameron, who presented only wanton endangerment charges against Hankison for a grand jury to consider in 2020. Members of the grand jury later came forward to complain that Cameron's office had steered them away from charges for the other officers involved in the raid.

“Thank God that Kentucky Attorney General Daniel Cameron did not get the last word in regard to justice for Breonna Taylor," Crump said Thursday. “We have always said this was a conspiracy to cover up the death of Breonna Taylor. Today the Justice Department put forth the charging documents to show we weren’t crazy.”

Cameron, a Republican running for governor next year, said in announcing the indictment against Hankison in September 2020 that he would leave “issues regarding potential civil rights violations” to federal officials to investigate.

Cameron said in a release Thursday evening that his office's primary task was to “investigate whether the officers who executed the search warrant were criminally responsible for Ms. Taylor’s death under state law.”

“It is important that people not conflate what happened today with the state law investigation undertaken by our office,” Cameron said. “I’m proud of the work of our investigators and prosecutors.”

Garland said the officers who were at Taylor’s home just after midnight on March 13, 2020, “were not involved in the drafting of the warrant, and were unaware of the false and misleading statements.”