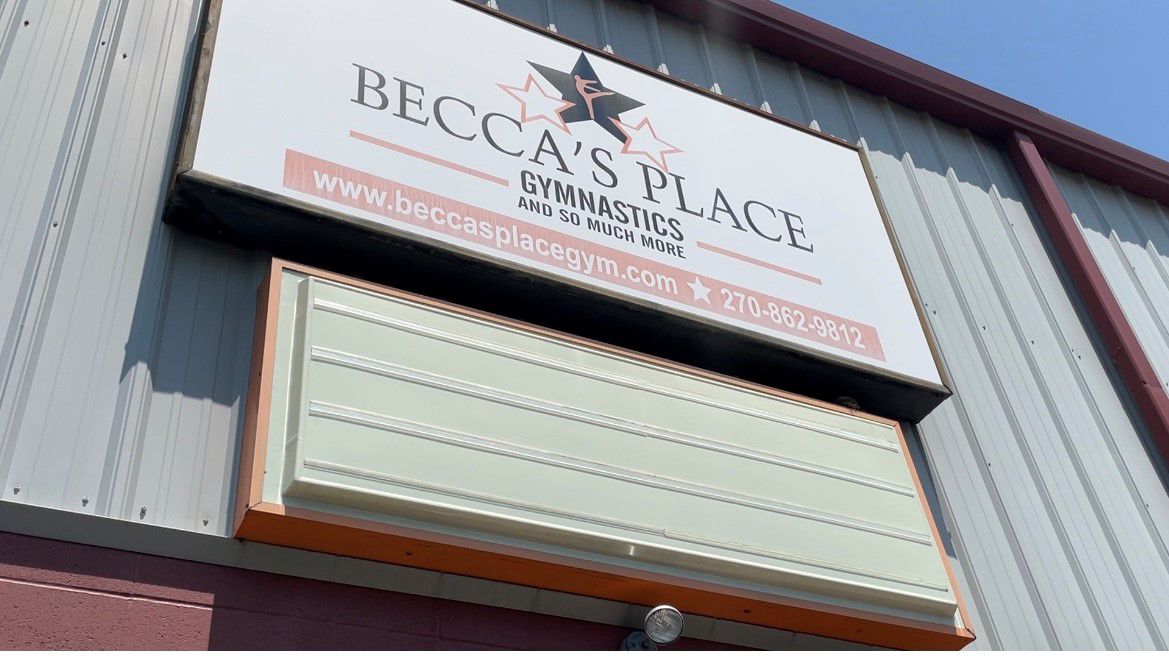 Becca's Place Gymnastics in Cecilia teaches students to give back to their community. (Spectrum News 1/Jacqulyn Powell)

CECILIA, Ky. — Two sisters in Hardin County are using their gymnastics gym to teach fundamentals that go far beyond the balance beam or tumbling mat. Jennifer Ryan and Jessica Bohannon-Ferriss are teaching the importance of giving back to the community and embracing girl power — all in honor of the sister they lost.

Becca’s Place is a well-known gymnastics gym in Hardin County named after Becca Bohannon, who, along with her sisters, trained there as a young girl a couple of decades ago. Their parents opened the gym in 2003.

“She was like a prodigy child,” Ryan said of her late younger sister’s gymnastics skills, adding, “She could do everything! She could sing; she could flip; she could dance; she could draw. She was incredibly talented.”

So when the sisters’ parents were ready to retire, Ryan and Bohannon-Ferriss knew they had to carry on the legacy.

“Her spirit is here, we feel like, so we wouldn’t rather be anywhere else,” Ryan said.

The sisters bought the gym from their parents nearly a decade ago and continue to coach there. Becca’s Place has grown much larger since then, with a recent addition to the building that allows for more trampolines, mats and balance beams.

As the number of students they coach grows, the sisters work to reciprocate to the community.

“Our parents were really big about giving back to the community that supports us, and so we’ve tried to carry that on and expand on it, and, you know, go big or go home,” Ryan smiled.

The gym’s co-owners recently flew in Olympic gymnast Chellsie Memmel, who’s decorated with all kinds of medals from the Olympics and World Championships. Memmel guest coached an intensive camp at Becca’s Place as part of a fundraiser that raised more than $11,000 to give back to other girls in the area through the Central Kentucky Community Foundation.

“I think that says a lot about just the gym in general and the people who are here and a part of it,” Memmel said. “It’s nice for me to come here and do something and know that they go a little extra for the community.”

The money raised as part of Memmel’s visit will go toward Heels Together, an effort to uplift women and girls in need, and the Youth Sports Fund of Hardin County, which will expand its offerings to help pay for gymnastics classes for girls whose families can’t afford them.

“We are all about female empowerment,” Ryan explained. “I mean, we’re a woman-run business, and I feel like that’s important to teach these kids that women can do anything a man can do.”

There are plenty of opportunities for students at Becca’s place to learn about getting involved, from Angel Tree donations at Christmas time to fundraisers for Western Kentucky tornado victims.

“At the end of the day, it’s not about gymnastics,” Ryan said. “Gymnastics is just how we accomplish what we do. It’s about turning these young ladies into strong, independent women who know about giving back to their community. And, gymnastics is such a luxury that a lot of the kids who are here, they need to understand that there’s a very different side, and so we like to teach them about giving to others.”