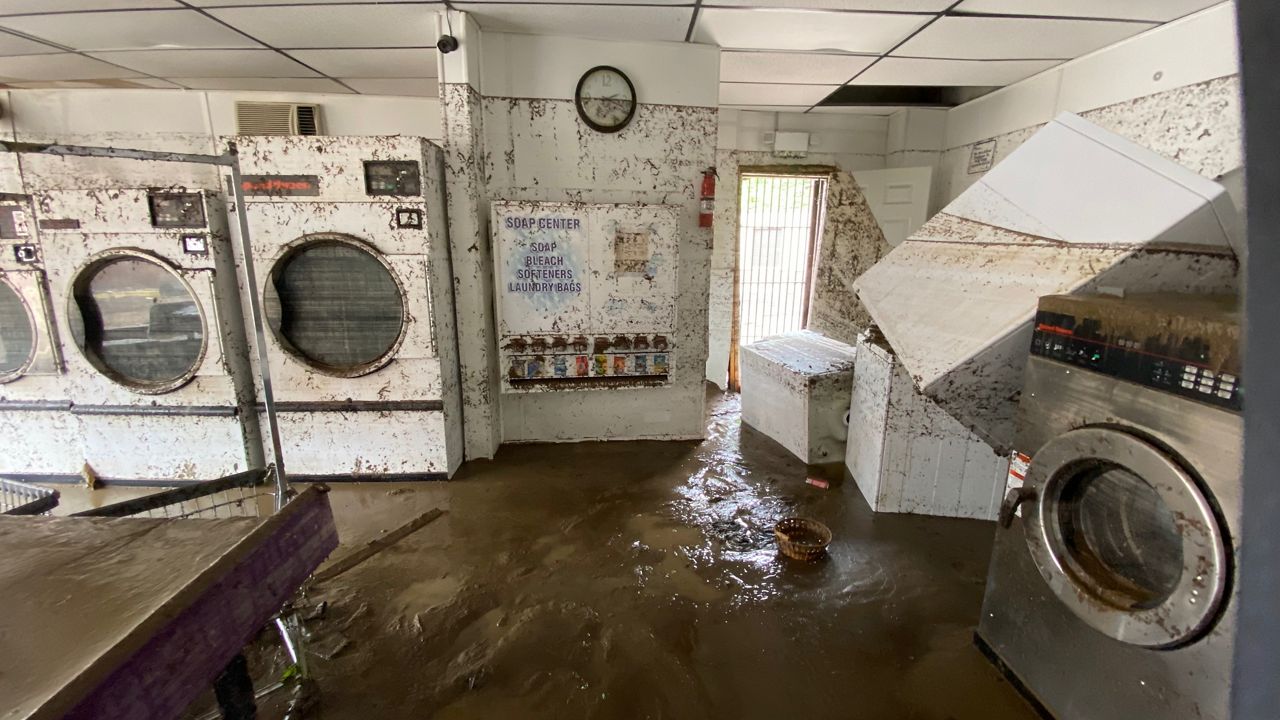 A line through the clock on the wall of a laundromat in Fleming-Neon shows floodwater nearly reached the ceiling. (Spectrum News 1/Erin Kelly)

LETCHER COUNTY, Ky. — When rising water took over Edward Longstreath’s home in Letcher County Thursday morning, he knew the only way out was up the mountain.


He took a ladder and pushed it against the earth above the back of the home, helping his wife, daughter, 9-year-old granddaughter and dog get to safety, he said. 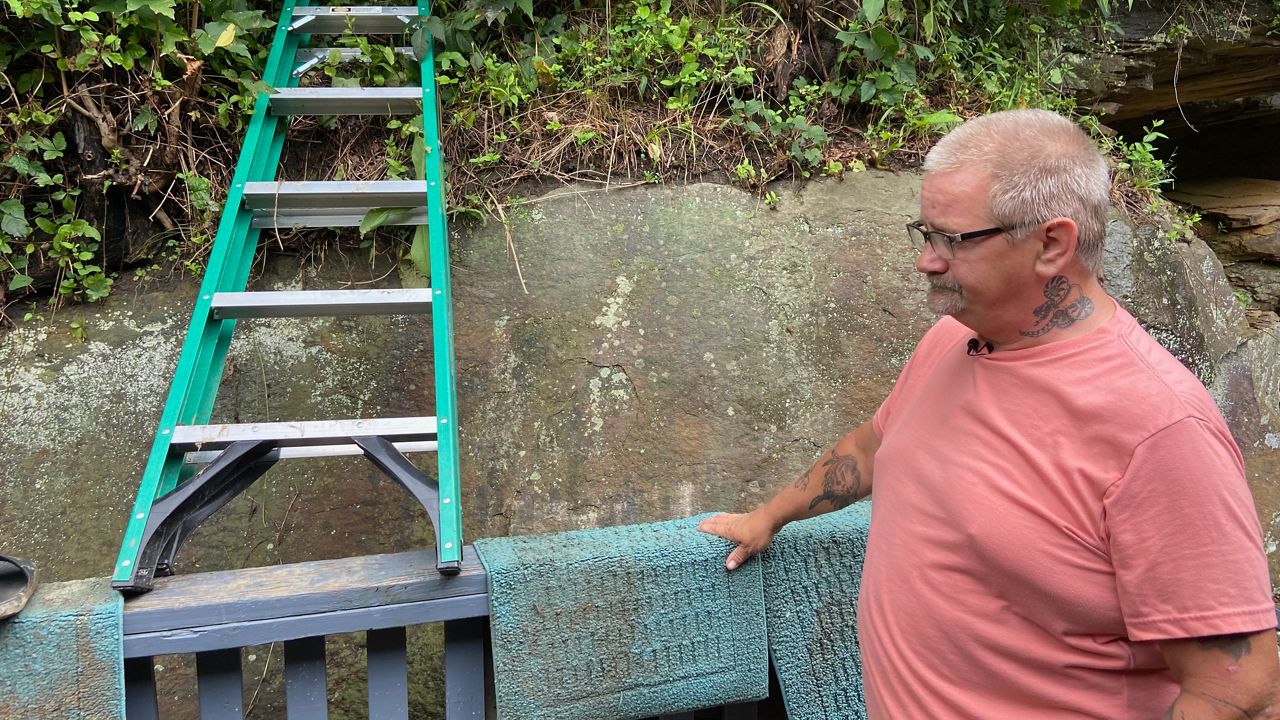 Edward Longstreath used a ladder to get his family to higher ground as his Letcher County home flooded Thursday. (Spectrum News 1/Erin Kelly)

They climbed to higher ground on their hands and knees and waited hours for the water to recede.

Nearly everything they own was damaged and caked in the thick mud that seemed to cover the whole county.

The family was staying at the fire house in town, but Longstreath wasn't sure what they would do next.

Down the street, the water had forced its way through businesses, places of worship and the library in the Fleming-Neon community, leaving behind shattered glass and waterlogged books.

By Friday afternoon, crews were boarding up the library and using heavy equipment to clear streets. 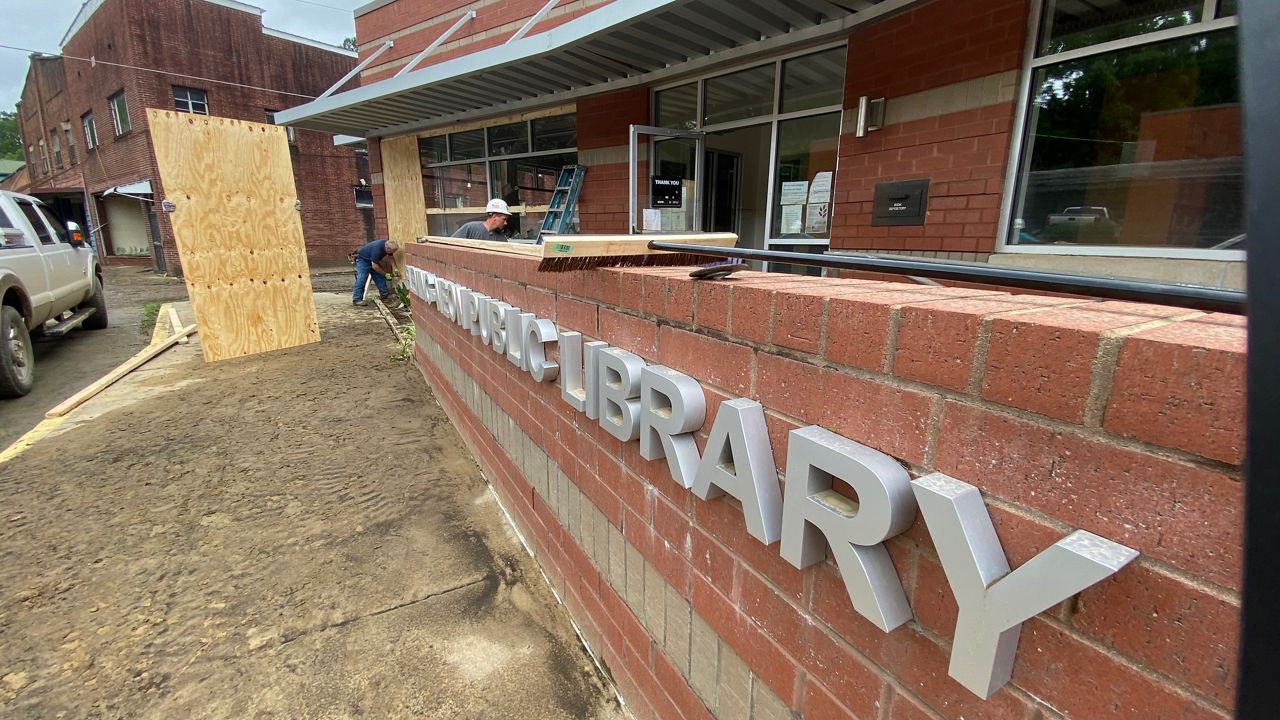 Crews board up the windows of a library in the Fleming-Neon community of Letcher County. (Spectrum News 1/Erin Kelly)

Inside a laundromat, the mud was ankle deep and a line dividing the clock on the wall showed the water had nearly reached the ceiling.

It was the same scene in nearby Whitesburg, where Richard Brown was sucking up muddy water with a wet vacuum Friday, working to get his barber shop and hair salon back in business.

“Worst I’ve seen in my life,” he recalled. “Hope I never see nothing like this again.”

Rep. Angie Hatton, who grew up in Whitesburg, said the flooding "came out of nowhere," and the north fork of the Kentucky River reached 21 feet.

"We’re used to flash flood warnings, but nothing like this," she said. "These are areas that never flood."

Hatton spent Thursday helping with rescue efforts, alongside some who had just lost their homes, she said.

"We had to become the first responders," she added. “It was a horrible and terrifying experience, but it was also the most heartwarming experience of my life."

The people in her community are physically and emotionally exhausted, said Hatton, and while they don’t yet know the extent of the damage, they know they will need help.

“You hear stories and stereotypes about Eastern Kentucky, but there are not better people anywhere in the world,” she said. “The kind of love and bravery that I saw from my community yesterday, I will never forget.”