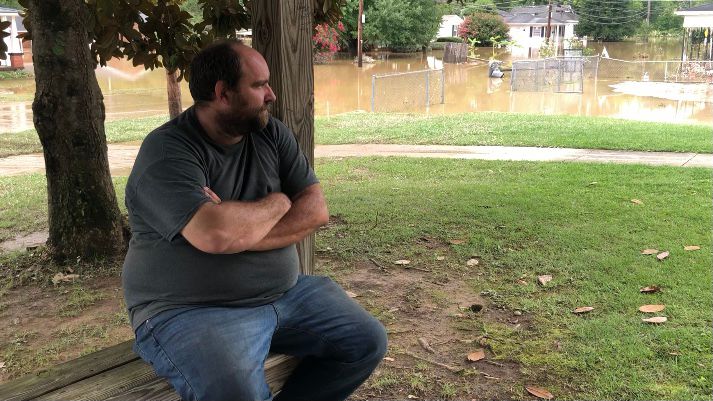 Flood waters leave people in Jackson with nothing

Reed Miller has called Jackson his home for years. That was until the storm came and flooded his house completely with water.

“You see that bar and windows? It goes across of wooden bars and windows. That’s how high the water goes,” Miller said.

Nearly six feet of water was in his house Thursday morning, and over 24 hours later, the water was still at his knees.

His entire neighborhood is completely underwater, but he said he is thankful no one got hurt.

“What can be salvaged, can be salvaged. And what can’t, can be replaced. One thing I’ve learned is I can replace anything but my life,” Miller said. It’s a nightmare he doesn’t know how he’ll recover from.

“I really don’t know. I mean, I’ve got a place to lay my head. Out of the weather, you can’t ask for more right now,” Miller said. But Miller said surrounding counties have stepped up to help, and slowly by surely they will get through this.