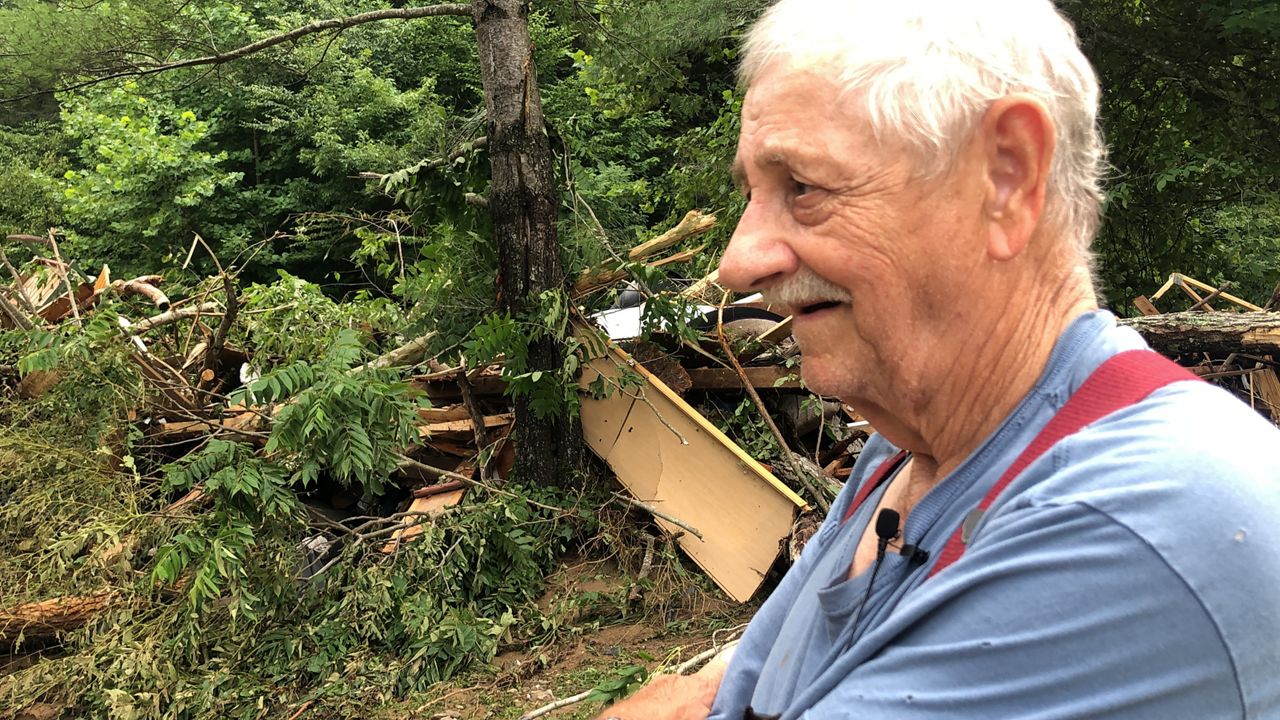 Harold Riley has lost everything to the flood waters. (Spectrum News 1/Crystal Sicard)

Flood waters take everything for some Perry County residents

BUCKHORN, Ky. — Wednesday night’s rainfall affected much of southeastern Kentucky. At least eight people have died and hundreds have lost their livelihoods.

Destroyed cars were scattered up and down the river as downed power lines and uprooted trees were common throughout much of Perry County. 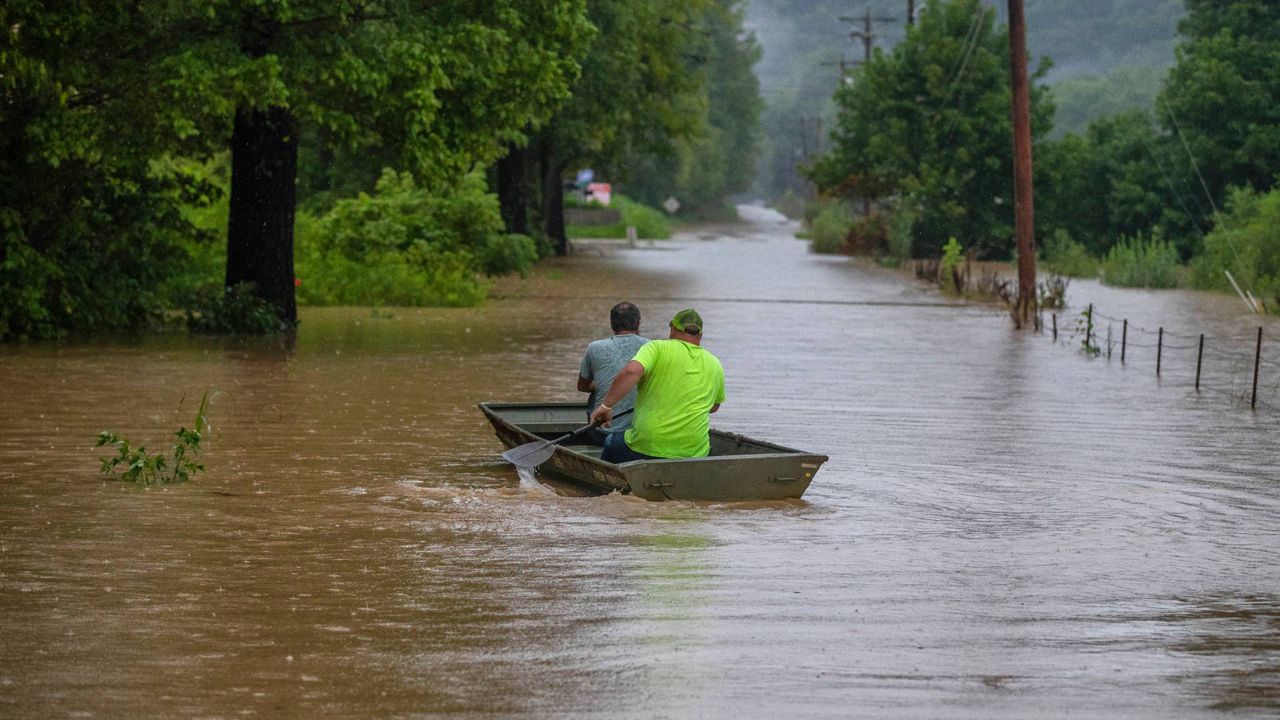 Rainfall that came through Buckhorn Wednesday night destroyed much of Riley’s community, and he said it was a storm that came in waves.

Born and raised in Buckhorn, Riley said he expected nothing this bad.

“That was my first step on my porch,” Riley said.

And his son, Patrick, said it was a night full of concern.

All that’s left of his dad’s house are memories.

“I’ve never seen anything [like this]. I talked to dad this morning. It seems like something you’d see on the TV,” Patrick said.

Watching his trailer of nearly 20 years get taken away with the water was devastating.

“I sat right there in the driveway of my vehicle up on the hill right there,” Riley said.

And unfortunately, Riley’s story is just one of many in this community. He said they need all the help they can get.

“Whatever people can supply the clothes I have on my back and they’re my sons, which I had to get mine off because they were so wet,” Riley said.

Riley says the future is unknown, but with his family and community he’s thankful to see a new day.

As of Thursday evening, eight people have been reported dead from the flooding. Gov. Andy Beshear has declared a state of emergency in the areas that were affected.