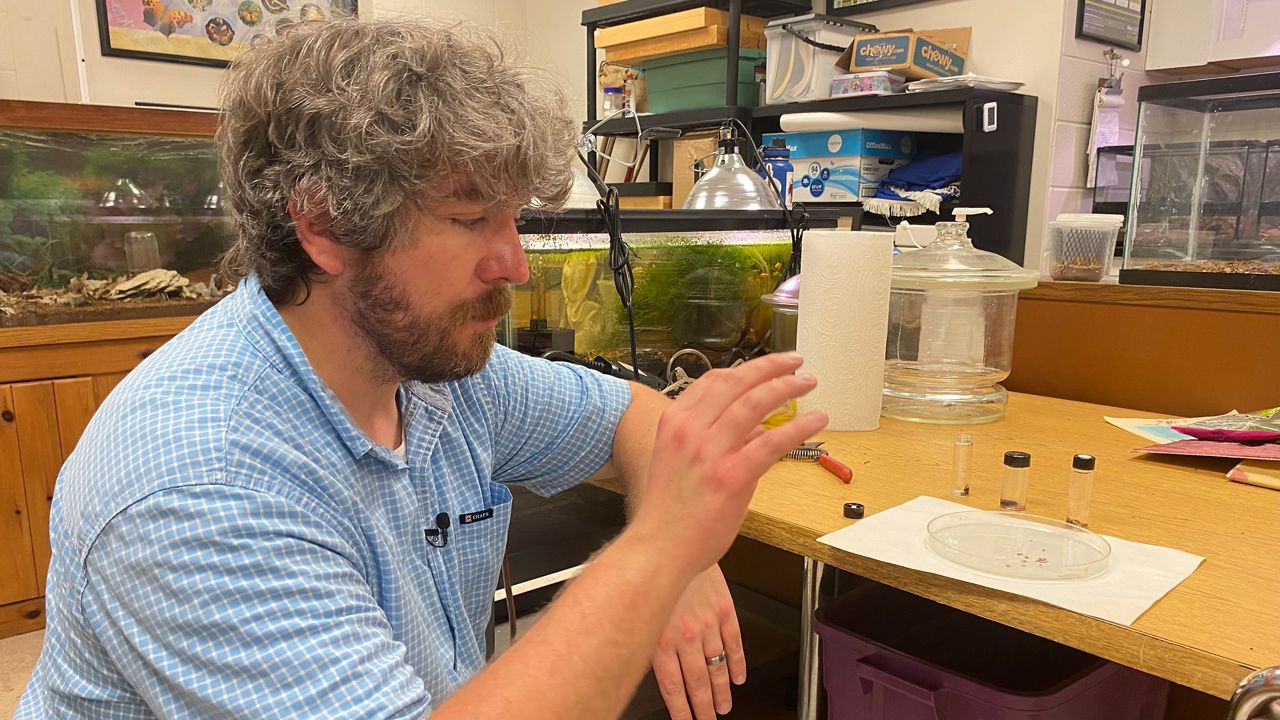 LEXINGTON, Ky. — Since his days as a kid in 4H, Jonathan Larson’s passion has always been bugs.

“I always wanted to talk about science. That’s what I wanted to do for a job and entomology is a field that really opens that avenue up. People have feelings about bugs, good or bad, and it’s always sort of a starter for conversation,” he shared. Larson is an extension entomologist at the University of Kentucky.

As an extension entomologist, Larson’s passion is serving more than just his six-legged and sometimes eight-legged friends.

Larson provides research-based information about different bugs, like ticks. There are over 700 species of ticks worldwide.

“After we receive them, we are here for identification and then we can tell people what sort of tick they were exposed to, if the tick had bitten them and if they should consult a physician after that,” Larson said.

There are several ticks that can be found across Kentucky, including the Lone Star tick, American Dog tick, Blacklegged tick, Winter tick, Brown Dog tick, Asian Long-horned tick and the Gulf Coast tick.

The Blacklegged tick is year round, with adults active from October through June and with nymphs being active May through August. Blacklegged ticks are known for carrying Lyme Disease.

Ticks also have a tendency to hide in overgrown areas out of direct sunlight.

“They’re waiting at the end of it, kind of with their arms stretched out in front of them and then they are waiting to give them their creepy little hug so they can shimmy up the leg of whatever host they’ve chosen or lucked into,” Larson said.

Lately he has noticed an increase in tick questions and sightings.

According to a June study published by BMJ Global Health, around 14% of the world’s population likely has had Lyme Disease.

That’s where Larson comes into help. The Tick Surveillance Project at UK allows interested Kentucky residents to submit a tick to the university’s team for examination.

“It’s an opportunity to submit this blood feeding ninja that got your body and started feeding on you or on your dog and to help us figure out what ticks live in what counties and what possible pathogens may be in those counties,” Larson said.

The University of Kentucky provides step-by-step instructions if you’re interested in submitting a tick to the Kentucky Tick Surveillance Project.