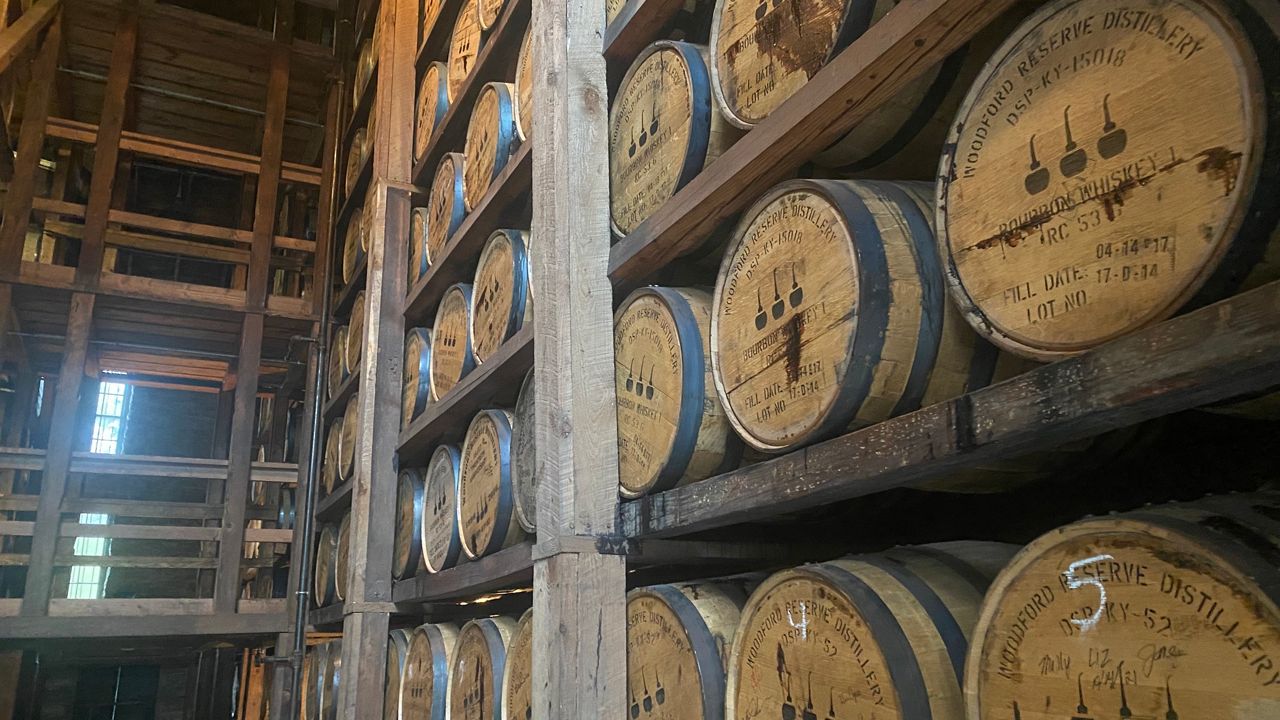 FRANKFORT, Ky. — Kentucky has seen a 400 percent increase in the number of bourbon distilleries opened since 2009 — clearly, a growing industry — but members of the Kentucky Distillers’ Association say it’s one of the most-taxed industries as well.

The association said Kentucky has the 5th highest bourbon and spirits tax rate in America, and state lawmakers may reduce some of those taxes next year. They formed a task force to look into the idea, co-chaired by Senate President Robert Stivers.

“We have no agenda or preconceived notions,” he said. “We want to make sure that this is fully vetted to see if there is something that can be done to help the industry continue to grow, but we don’t want to shoot ourselves in the (feet).”

Stivers said he’s worried about pulling money away from other local taxing bodies, especially public schools, which is a concern shared by Rep. Cherlynn Stevenson, D-Lexington.

“So I think that we all just want to be very, very cautious that we don’t do something to support a signature industry that then turns around and really impacts our small towns and our public schools in a negative way,” she said.

The specific tax they’re looking at is the barrel tax, which is based on the value of every aging barrel a distillery has. KDA lobbyist Chris Nolan said it’s one of several taxes on bourbon that leads to such a high tax rate.

“We’re trying to kind of look big-term,” he told lawmakers Friday. “This barrel tax was a problem 15 years ago and it’s still a problem today.”

Kentucky is the only state that taxes bourbon barrels and is one of only two states that places both an excise tax and a wholesale tax on bourbon; the other state is South Dakota.

Nolan said a number of things are also hurting Kentucky’s industry: recent taxes on exports, COVID-19, the rising popularity of other spirits and competition from other states with lower taxes.

Despite some misconceptions, bourbon doesn’t have to be made exclusively in Kentucky. “If you don’t think people are out there trying to take what we have, they are,” Nolan said.

Yet the revenue it brings in will be tough to make up: data provided by the Kentucky Distiller’s Association shows the barrel tax generates $15.6 million for the counties where distilleries are located, including $5.5 million for public schools.

Stevenson said that’ll be part of the task force’s discussion moving forward. “I expect that we will try to dive into every nook and cranny of this to try and find some solutions that work for everyone,” she said.

The task force is expected to meet again next month as they prepare to possibly craft a bill lowering taxes on the bourbon industry during the next legislative session in 2023.