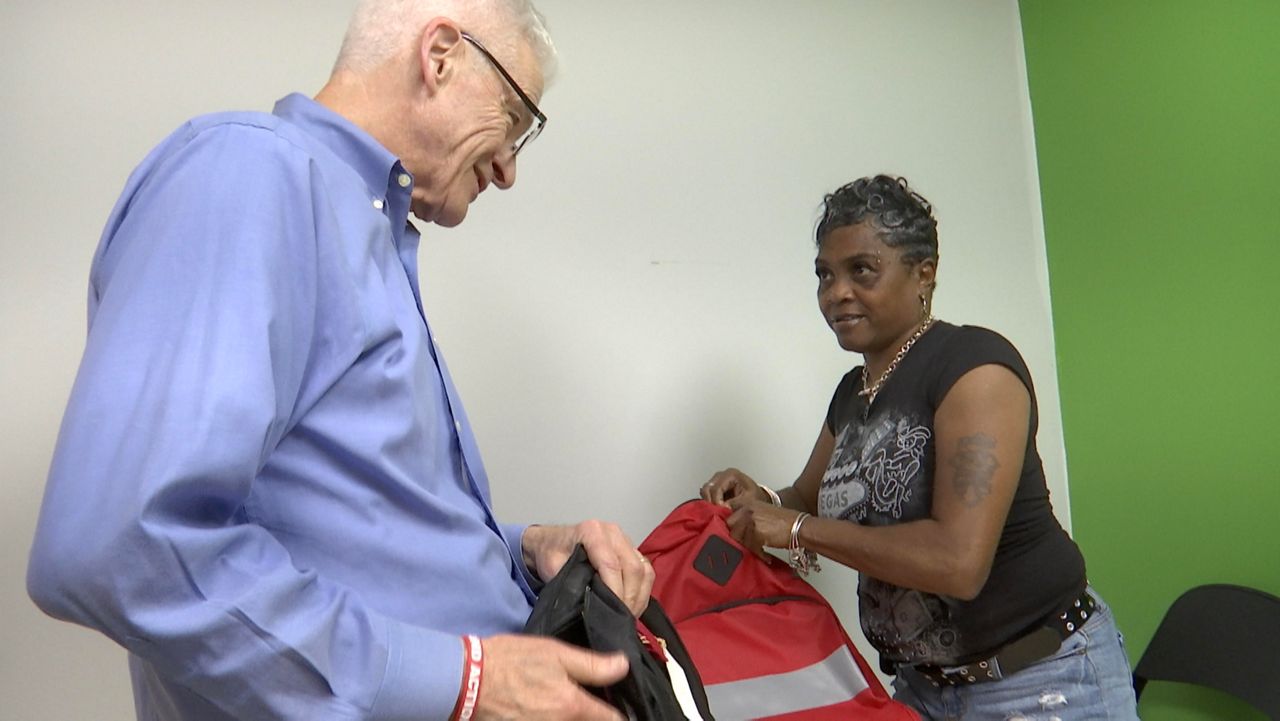 Paul Gottbrath said a lot of families will be in need for this year's annual backpack giveaway, especially with current levels of inflation. (Spectrum News 1/Sam Knef)

COVINGTON, Ky. — It’s getting close to that time for parents to head to stores to gather up the supplies their kids need for the coming school year. With current levels of inflation, that haul of supplies has a shot to put a real hurt on the bank account of any parent.

For struggling families, those concerns are heightened even more. But one northern Kentucky organization is trying to ensure all kids have everything they need as they head back to school.


That’s going to make a vast difference for one mom, who spent one day in early July shuffling through four backpacks full of all the standard school supplies at BeConcerned in Covington. 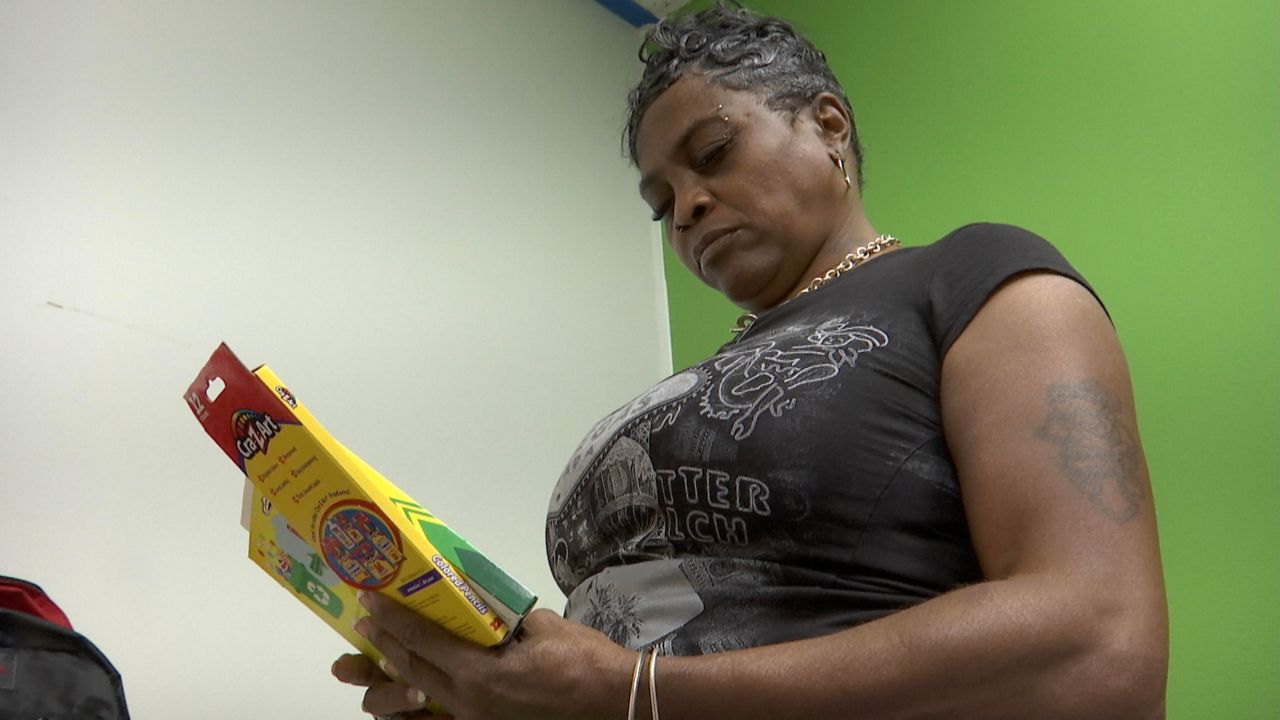 Harrison said she likely would not have been able to get all of the supplies her kids need without the giveaway. (Spectrum News 1/Sam Knef)

Harrison said she felt grateful, and that she knew her four kids would soon be, too.

She likely would not have been able to put all the supplies together, had it not been for Northern Kentucky Harvest’s annual backpack giveaway. It’s an event Harrison had heard about in the past, but never registered for until this year.

Asking for help can be tough, she said. But these are also tough times for many people.

“Things are pretty expensive now and rates are going up. It’s just a really hard, difficult thing that we have to go through. Because you got a lot of things you have to buy. You might have to downgrade, and only get certain things,” she said.

That’s not the case for her family this year. She went home with four loaded backpacks, excitedly awaiting a moment she said she hopes will get her kids excited for the coming school year.

“A joyful moment. A really grateful and thankful moment,” she said. “They can go to school and present it like the other kids. Just walking through school with a new book bag, you’d be happy.” 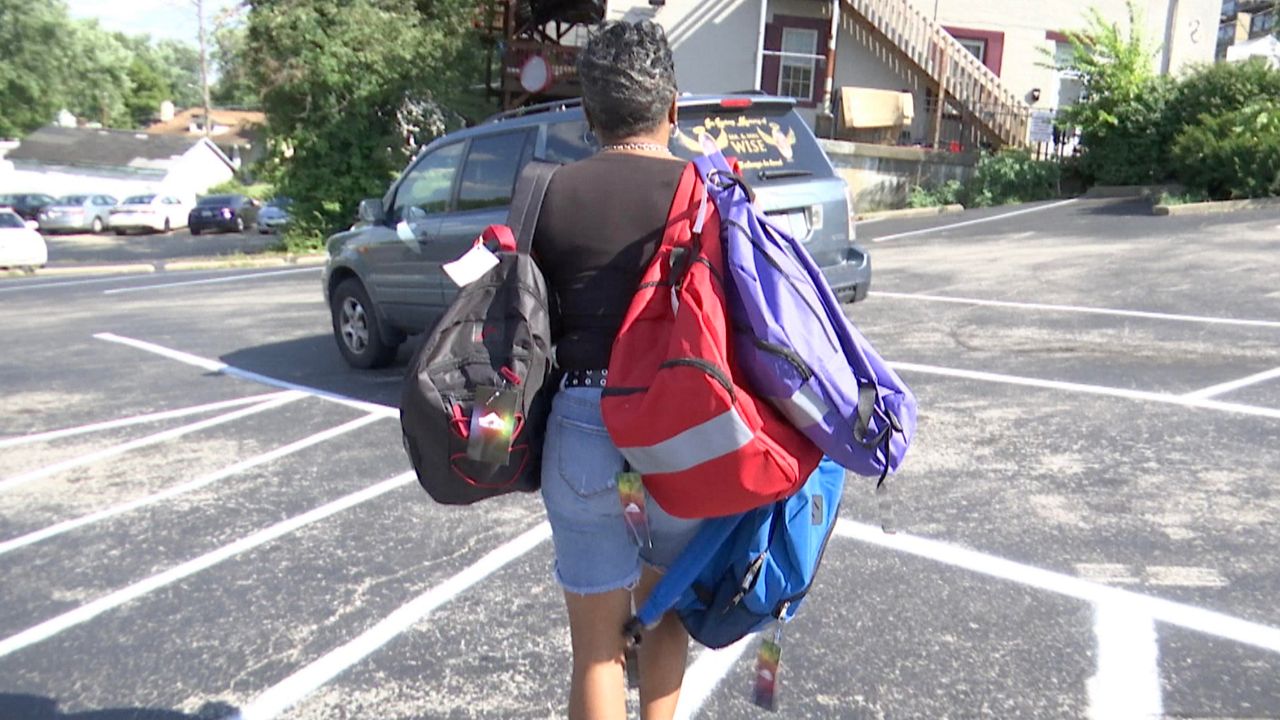 Harrison said she hopes receiving the backpacks will be a joyful moment for her children. (Spectrum News 1/Sam Knef)

While Harrison took her backpacks home early, everyone else will have to wait for the actual giveaway event, which takes place in the BeConcerned parking lot in Covington at 1100 Pike Street on Aug. 13 and 14.

Northern Kentucky Harvest has 1,032 backpacks to give away to families in need, who register with kids in kindergarten through 12th grade. President Paul Gottbrath said he’s expecting there will be a lot of them.

“I think in many ways that people are struggling more this year than they were last year, because as you said, there were relief programs still going on. A lot of folks were benefiting from those, and almost all of those have played out now. Plus, this year you have the added problem of inflation. I mean, that’s just hammering a lot of people,” he said.

This will be the organization’s 22nd annual giveaway. It’s the largest school readiness event in northern Kentucky. Gottbrath said some kids who received backpacks when the event started are now parents coming back to get backpacks for their own kids.

It’s that need that keeps him coming back year after year.

“Knowing that the need is just there every year. And it just seems to get greater and greater every year. And I know how these families are really struggling to provide for their kids,” Gottbrath said. “Them having backpacks and school supplies, I think, helps them get into a very positive frame of mind about school.”

For anyone reluctant to ask for help, Harrison said she gets it. But knowing what the backpacks will mean to her kids made it a straightforward decision in hindsight.

“Maybe you don’t have the money to buy the things that they really need,” she said. “Come out and take a chance.”

Since there are now more kids registered than available backpacks, Northern Kentucky Harvest will have a lottery. Families can still register until the deadline of July 31.

Until 2019, the project was held annually at Goebel Park in Covington, with backpacks distributed on a first-come, first-served basis. But the pandemic made that impossible in 2020, so Harvest went to the drive-through format. It was used again last year as COVID ebbed and flowed.

Families can register their children for the program online.